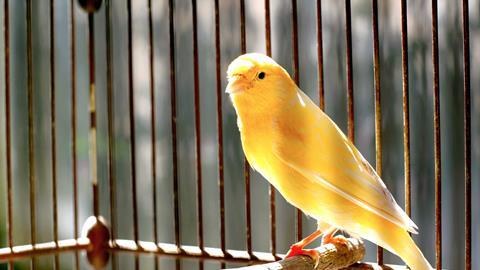 Duncan McMillan uncovers the chemistry behind this deadly compound

This week, a deadly compund with a rosy glow that's also dreaded by many a canary. Explaining more is Duncan McMillan:

John Scott Haldane (father of population geneticist JBS Haldane) was a scientist whose body was his laboratory. Fittingly, the Haldane family motto was 'Suffer', and JS Haldane survived to improve the lot of workers, soldiers, divers, and coal miners. As Sam Leith described in a review of his biography:

'He gassed himself with chlorine, methane, carbon dioxide, carbon monoxide, pure oxygen, nitrogen, mustard gas and god knows what else in various combinations... you name it, he turned blue and passed out on it.' 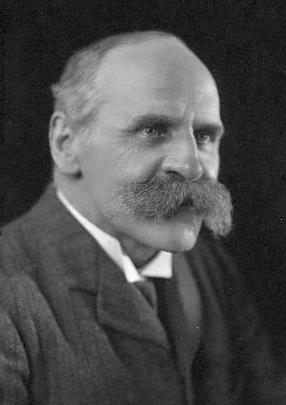 His work on carbon monoxide may well have saved the greatest number of lives. Haldane survived lethal blood concentrations to document its effects. His research on this deceptively simple diatomic gas led to the development of a blood gas analyser and the recommendation that canaries - the original early-warning-birds - be used in coal mines.

Carbon monoxide is a dangerous surrogate - a bringer of ghostly visitations and odourless killer - thanks to its intimate relationship with the stuff of vertebrate life - haemoglobin. Haemoglobin, packed inside red blood cells, must capture atmospheric oxygen in the lungs and carry it through the bloodstream to be released in hungry body tissues.

Carbon monoxide is the scourge of this delicate exchange between air, blood and tissue. It binds to haemoglobin more readily than oxygen, forming carboxyhaemoglobin. In this form, our oxygen delivery system is effectively useless. For while carboxyhaemoglobin can still bind oxygen, it is far less likely to release it, and so the oxygen remains locked in the blood. Like Tantalus, condemned to hunger whilst surrounded by unreachable food, the body's tissues suffocate as its blood runs rich and red. Carbon monoxide is cruel even in death - carboxyhaemoglobin blood is bright pink, giving victims an ironically rosy glow. At non-lethal concentrations, carbon monoxide can cause nausea, dizziness and lasting brain damage. It has even been thought to inspire ghostly visitations in the minds of delirious, poisoned sufferers.

Modern awareness of the dangers of carbon monoxide poisoning is now nearly universal; detectors are cheap and almost ubiquitous. The simplest contain a silica pad impregntated with palladium chloride, which darkens on exposure to the gas as the carbon monoxide reduces the palladium(II) , giving metallic palladium. 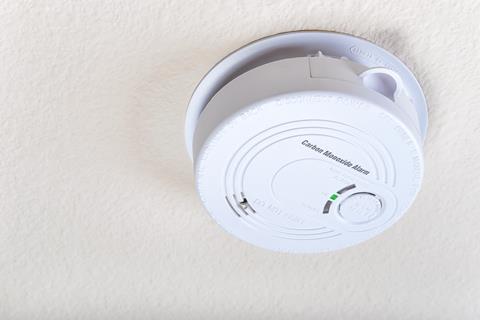 But, in common with the toxic gases nitric oxide and hydrogen sulfide, carbon monoxide's reputation as a killer obscures the molecule's more useful side. In the early 1990s, nitric oxide was shown to act as a neurotransmitter and, subsequently, a Johns Hopkins research group reasoned that if this were true of nitric oxide, then it may be true for other such gases.

What they discovered suggested that carbon monoxide is vital to the laying down of new memories. This process goes on in the brain's hippocampus, named for the mythical hybrid beast it apparently resembles. Here, carbon monoxide is thought to play a role in encouraging long-term potentiation, a process summarised in a phrase every budding neurologist learns: 'Cells that fire together wire together'.

Neurons receiving a signal from an adjacent cell are known to send a reply to the originator, encouraging the release of more neurotransmitter. This reply chemical was thought to be nitric oxide, until it was discovered that the hippocampus generally lacks the enzymes required for its production, instead being rich in those that produce carbon monoxide. The latter was proposed as the crucial little pingback which strengthens the links between nerve cells.

Carbon monoxide's constituent elements were first identified by the English chemist William Cruickshank in 1800, when he isolated the substance from coke gas. Carbon monoxide is naturally produced high in the atmosphere as a result of photochemical reactions but came to earth in abundance when humans started burning fuels. Sooty stains are the tell-tales of incomplete combustion, and the carbon monoxide which is its toxic product. When chemists want to produce carbon monoxide intentionally, it is generally through the dehydration of formic acid. 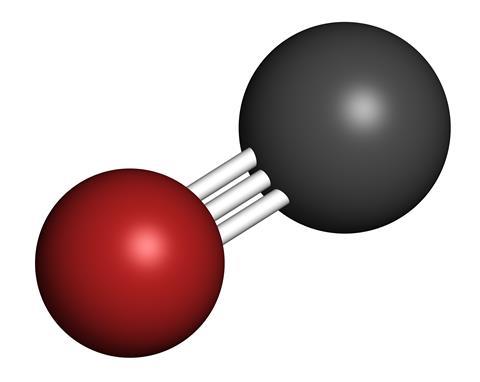 Carbon monoxide itself burns blue to give carbon dioxide, and is often used as a fuel or reducing agent in the form of so-called 'producer gas'. Made by passing air and steam through hot coke, producer gas was even proposed as a solution to civilian fuel shortages during the second world war. A more common application is in the Mond process, in which carbon monoxide is used in a three-stage process to purify nickel.

So carbon monoxide has turned out to be more than just the bogeyman of our smoky industrial age. But it is for its fatal attraction to our blood that it remains most well known, and in the last decade even this harmful property has found a use. For just as carboxyhaemoglobin is so vivid, so myoglobin, a related protein found in blood, turns a fresh-seeming pink on exposure to carbon monoxide. Thus, food scientists have turned to carbon monoxide to impart an appealing colour to cuts of meat. Although banned in many countries including much of Europe, given the history of carbon monoxide, this seems a somewhat macabre application of the little compound's big problem.

The lengths taken to make our food look more appealing. That was the RSC's Duncan McMillan with the oxygen-competing chemistry of carbon monoxide. Now, next week: all eyes on the poppy for some pain relief.

If you cut open the seed pods of the common poppy before they ripen, they exude a creamy coloured sap which contains a mixture of perhaps 50 different alkaloids - molecules made by the plant from amino acids. The sap dries to a yellow-brown paste. This is opium. And one of the most abundant compounds present in opium is morphine, the substance that sets the standard by which all painkillers are judged.

And to discover the chemistry enabling these pain-relieving effects of morphine on our bodies, join Simon Cotton in next week's Chemistry in it's element. Until then, thank you for listening. I'm Meera Senthilingam.