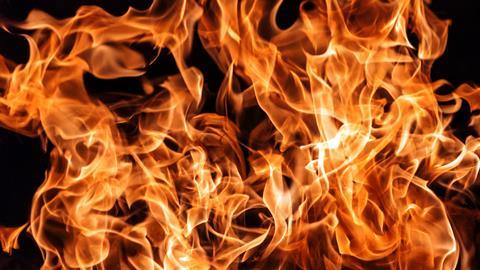 A poisonous, corrosive and extremely reactive compound with a well deserved reputation

This week’s compound has a well-deserved reputation for being extremely dangerous, and was suggested on twitter by Andres Tretiakov. Here’s Tabitha Watson…

Poisonous, corrosive, extremely reactive: three words that cause any chemist to think twice. Combined, these properties form a dangerous cocktail. Chlorine trifluoride, an interhalogen with the formula ClF3, is all of these things and more.

As an incredibly strong oxidising and fluorinating agent, chlorine trifluoride is extremely reactive with most materials, including water, glass, asbestos and – according to rocket fuel developer John Drury Clark – unsuspecting test engineers. Indeed, it is capable of combusting many otherwise non-flammable materials without the need for an ignition source. Derek Lowe – scientist, blogger and regular Chemistry World columnist – said in a 2008 post for In the pipeline that chlorine trifluoride will ‘…go on to “burn” things that you would normally consider already burnt to hell and gone, and a practical consequence of that is that it’ll start roaring reactions with things like bricks and asbestos tile’ to explain why it deserves a place on his ‘no way, no how’ list.

The concrete was on fire!

Due to its extreme reactivity, the only substances capable of containing chlorine trifluoride are: steel, copper and nickel. The formation of a thin layer of insoluble metal fluoride protects them from corrosion, but if this is scrubbed off or melted the material will inevitably combust. During the 1950s, a steel container containing a ton of chlorine trifluoride split, spilling its entire contents onto the concrete floor. The chemical reacted instantly, eating through thirty centimetres of concrete and another ninety centimetres of gravel beneath, while the noxious fumes ‘severely corroded everything that was exposed’. In the words of an eyewitness: ‘The concrete was on fire!’

But concrete is not the only thing rendered insignificant by this terrifying chemical. Chlorine trifluoride is capable of igniting human tissue with ease. The hydrolysis reaction with water is so violent that a thermal burn occurs immediately on contact. However, the thermal burn is the least of your worries. The products of the hydrolysis – hydrofluoric and hydrochloric acid – are both intensely corrosive. Hydrofluoric acid is absorbed through the skin, whereupon it selectively attacks bone and interferes with nerve function, often causing fatal fluorine poisoning. In 1994, an Australian lab technician was unfortunate enough to spill around one hundred millilitres of hydrofluoric acid in his lab, splashing both thighs. Despite immediately washing the area and submerging himself in water until the ambulance arrived, his condition deteriorated to the point where his right leg had to be amputated. Despite this, he died of multiple organ failure fifteen days after the spill. Compared to that, the hydrochloric acid seems like a bit of a cop-out, but be warned – it’ll still burn a hefty chunk out of your arm. 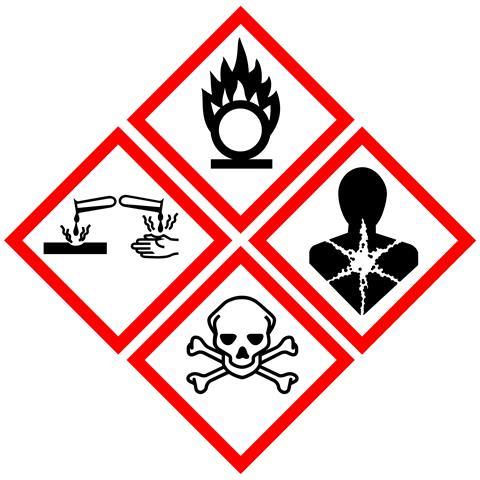 This flesh-burning property was much-desired by the Nazis. In the run up to world war two, chlorine trifluoride was investigated for its military properties by researchers at the Kaiser Wilhelm Institute in Germany, before manufacture commenced in a top-secret bunker. Given the codename N-Stoff, they planned to use it as a dual purpose incendiary weapon and poison gas. However, before the Nazis could refine it to the point where it wouldn’t kill their troops as well as the allies’, the laboratory was captured by the Red Army – potentially preventing one of the most heinous war crimes ever committed.

Knowing all of this, why on Earth do people still use chlorine trifluoride? Well, not many people do. At the present time, the only people brave enough to use it are those in the semiconductor industry. In this capacity, it is used to clean chemical vapour deposition chambers without the need to dismantle them.

So, what do you do if you spill some? Well. A safety document published by Air Products is unambiguous: ‘Do not attempt any remediation! … Any attempt to neutralize a liquid spill may result in an explosion.’ But John Clark had some more compelling advice: ‘for dealing with this situation, I have always recommended a good pair of running shoes.’

That was Tabitha Watson, aided ably by the voices of the Chemistry World team and even Derek Lowe himself. Next week, Michael Freemantle examines how some chemical advances can have unintended consequences…

Synthetic alizarin had an immense economic impact. In particular, it proved a major disaster for French madder farmers and the madder industry.

Join us next week to find out more. Until then, get in touch if you, like Andres this week, have any suggestions for compounds to cover – email chemistryworld@rsc.org or tweet @chemistryworld. I’m Ben Valsler, thanks for joining me.