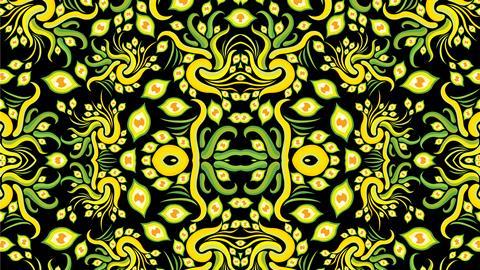 This week, Georgia Mills examines a compound at the core of a spiritual psychedelic experience.

DMT goes by many names, ‘Dimitri’, ‘fantasia’, ‘businessman’s trip’ or if you happen to be in a lab, N,N-dimethyltryptamine.

DMT is a drug which can create vivid hallucinations, in which people embark on cosmic voyages, or meet strange beings called ‘machine elves’. It’s illegal in many countries, including the UK, and is often compared to a much shorter version of an LSD trip. It’s also sometimes called the spirit molecule because it can supposedly give you the experience of what it’s like to die, and there’s some science which might suggest that’s not as far-fetched as it sounds. 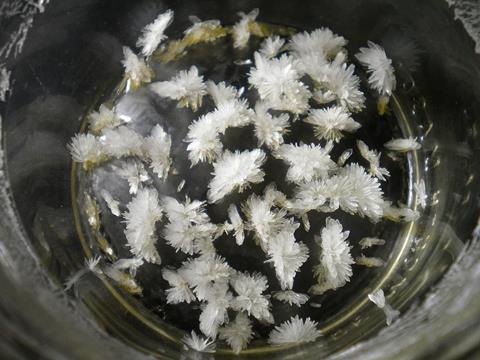 Chemically, DMT is twelve carbon atoms, sixteen hydrogens and a couple of nitrogens, arranged in two rings and a tail. If you had some in your hand it would look like a clear or white crystalline powder.

On a molecular level it’s very similar to the neurotransmitter serotonin – the so called ‘pleasure chemical’ – which means it can act on serotonin receptors in the brain. 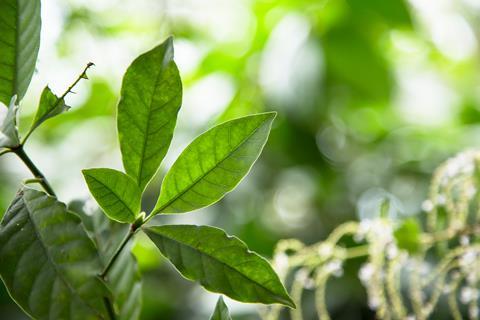 DMT is found naturally all over the place, and it can be chemically synthesised, but it was in South American plants that humans first came across its hallucinogenic properties. It grows in the shrub Psychotria viridis, which has been used for hundreds of years in ceremonies as one of the potential ingredients of a special tea called ayahuasca, which means ‘vine of the spirits’.

The problem with drinking DMT, if you want to meet these spirits, is that the body can easily break it down. Enzymes called monoamine oxidases, or MAOs, rip it to bits in the stomach and convert it into smaller compounds, which end up being harmlessly urinated out, so the DMT hasn’t got a hope of reaching the brain. However, in humanity’s thousand year quest to get high, we have developed a few workarounds, including snorting or smoking DMT, which moves metabolism to a less efficient pathway, and allows it to get to the brain before being broken down.

In the South American rituals, another plant in the mix essentially activates DMT and allows it to reach the brain. Ayahuasca also contains a vine called Banisteriopsis caapi. This plant contains a MOA inhibitor which reduces the body’s ability to break down DMT. 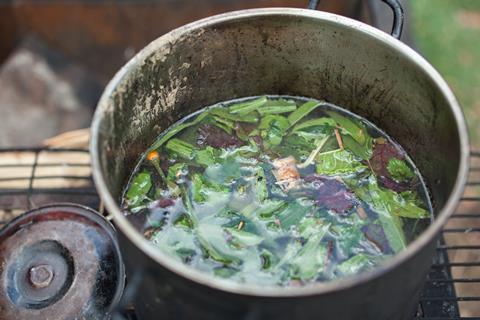 The science around DMT ranges from the rigorous to the woo-woo. One of the big names from early research was a Hungarian chemist called Stephen Szara, who was the first to biochemically categorise it in the 1950s. Reportedly, he only turned his attention to DMT after he was denied a shipment of LSD from Switzerland, who said that the substance would be dangerous in the hands of a communist country. His research, which included self-administration of the drug, suggested DMT could cause psychosis, but also that it could be a useful therapeutic.

These days it is hard to research DMT, due to its illegal status, and so myths and legends run abound.

People who take DMT have reported feeling completely detached from their sense of self. Others report going on astral adventures, hallucinating wild fractal patterns and meeting these alien beings, sometimes called machine elves. These sensations are so strong and so common, it’s led to a number of people believing they are actually visiting a real parallel universe or communing with a genuine other-worldly lifeform.

Most researchers don’t take any stock in this, but that doesn’t mean DMT isn’t a valuable tool for understanding human consciousness, and especially near death experiences or NDEs. Scientists in London have given people DMT and compared their experiences to those of people who have had a near death experience. Many of the things that repeatedly crop up – like meeting intelligent beings, feelings of comfort – seem to line up really nicely. This may mean that DMT could be a useful tool to research NDEs – without having to actually nearly kill people – while some have suggested that DMT may actually be released when we die.

But is this true? DMT has been found in the brains of rats, and separately in blood, urine and cerebrospinal fluid of humans, so it certainly could be found in our brains. There’s a theory that the pineal gland, or ‘third eye’, could release it under the right conditions – but scientists doubt it could produce anywhere near the levels to induce a hallucinogenic effect. The rat study also seems to cast further doubt on this hypothesis, as similar levels were found in the animals after surgery to remove the pineal gland.

Returning to the near death experiences, some common elements seem to be missing from the DMT experience – like travelling through a tunnel and experiencing past memories. So with mixed results and small sample sizes, this remains a tantalising idea, but as so often is the case, we need some more research. 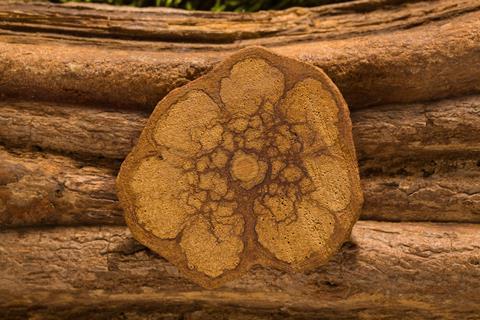 Another line of research is into the potential therapeutic benefits of DMT. One Brazilian literature review suggested ayahuasca may be useful in helping people recover from addiction to other drugs. Another suggested it could be beneficial in handling trauma, due to its tendency to allow people to take a detached view of their own thoughts. Both call for more research, as the drug has been associated with triggering mental health problems in vulnerable people and even with death in a few cases.

What’s clear is that DMT can have a profound and long lasting effect on your mind, which is why both scientists and the odd gap-year tourist are both trying to use it to understand the grand mysteries of human consciousness, albeit in slightly different ways.

Georgia Mills with the ‘spirit molecule’, DMT. This week, the World Health Organisation published an update on its quest to eradicate human African trypanosomiasis, or sleeping sickness, claiming that the goal of eliminating the disease as a public health problem is within grasp. In the next Chemistry in its element podcast, Jamie Durrani looks at a drug that could be key to achieving that aim.

A huge advantage of fexinidazole over other treatments is that it comes as a simple pill – making it much easier to distribute to patients. What’s more, the medication appears to reverse the illness during both the first and more severe neurological phase after just ten days of treatment.

Join Jamie next time. Until then, find all of our previous podcasts at chemistryworld.com/podcasts, where you’ll also find links to subscribe so you need never miss a pod again. And get in touch if you think there’s a compound we should consider – email chemistryworld@rsc.org or tweet @chemistryworld. I’m Ben Valsler, thanks for joining me.

Additional music: Mind over matter  by Chelsea McGough, via Soundstripe