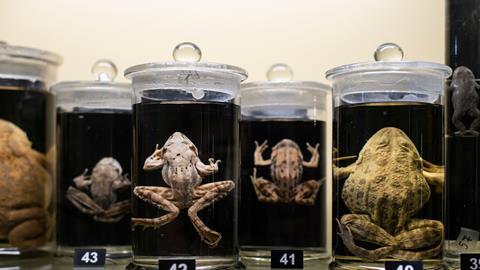 In this week's episode, Hayley Birch preserves the history of formaldehyde

Visit any natural history museum and you'll be confronted at some point by what appear to be the contents of a witch's store cupboard - a collection of pale, lifeless forms floating in stoppered jars like vegetables in vinegar. Although the requisite severed fingers may be missing, just about anything else you could envisage boiling up in a cauldron may be present: eye of newt, toe of frog and wing of bat. Although they'll likely be attached to their original owners. 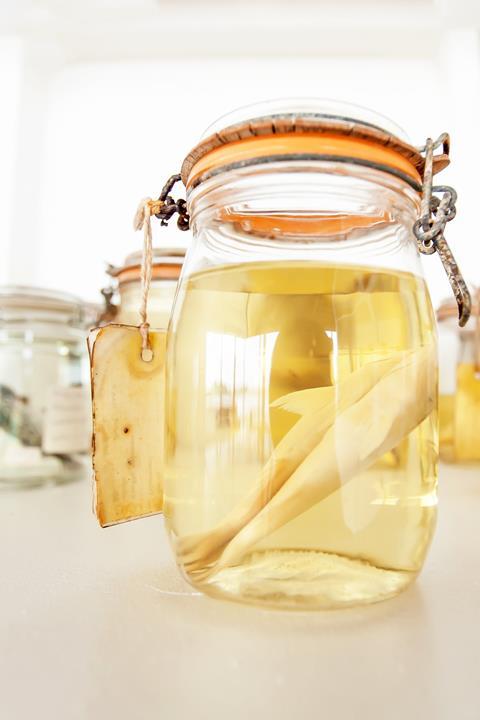 Of course, these macabre displays didn't belong to witches but to physicians, anatomists and collectors of rare biological specimens. Nor are they preserved in pickling vinegar. Many will instead be submerged in something called formalin - the same stuff that's been used for over a century by embalmers and by Damien Hirst to create modern art, famously featuring dead cattle preserved in glass tanks.

From the 17th century, biological samples were preserved in ethanol. But alcohol dehydrates and badly bleaches tissues, so that many older museum pieces are now drained of all colour. It wasn't until the late 19th century that a Dr F Blum tried using a solution containing formaldehyde - or formalin - as a fixative. At that time, formaldehyde was known as a disinfectant. The simplest of the aldehydes, it had been discovered 25 years earlier by German chemist August Hofmann, who heated platinum wire and passed methanol and air over the metal to produce formaldehyde gas - CH2O.

By the time of Blum's experiment, formaldehyde was already being produced on an industrial scale. Blum, who had ready access to formalin in his lab, noticed that the skin of his fingers would harden after using the chemical. And so, in 1893, he set out to test its effects on animal tissue, beginning by subjecting a dead mouse to 10 per cent formalin solution. By the turn of the 20th century, the same technique was being used on human cadavers, and formalin is still the embalming fluid of choice in modern mortuaries. 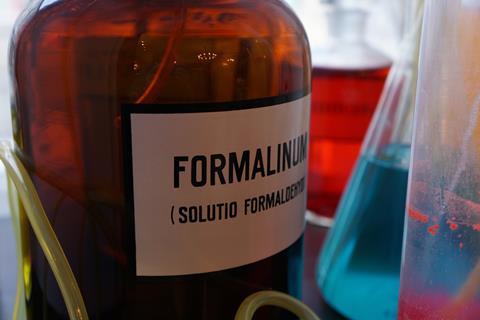 We now know that formalin fixes animal tissue by cross linking the amino groups in proteins. The same reaction is important in tanning of leather. But it doesn't produce a perfectly preserved specimen - like ethanol, it bleaches, although to a lesser extent. The same is true of human specimens, resulting in what might be seen as a deathly pallor. Also, because formaldehyde is unstable, a small quantity of methanol has to be added as a stabiliser, meaning most of the formaldehyde in solution isn't actually formaldehyde; it's hydrated to methanediol and short polymers of paraformaldehyde instead.

As you might expect from anything capable of hardening skin and softening bones, formaldehyde is very much a 'handle with care' type of chemical. It may have been a less harmful alternative to the toxic heavy metals used by embalmers in the 19th century, but that didn't make it by any means safe. Besides the nasty smell, eye irritations and dermatitis, it's now classified as a carcinogen by the International Agency for Research on Cancer. Long term studies suggest that those exposed to formaldehyde on a day-to-day basis, including mortuary workers and anatomists, face a higher risk of leukaemia and certain cancers.

These new health findings only emerged in recent years, however, and all through the 20th century, chemists were busy making marvellous new materials containing formaldehyde, which found their way into our homes in the form of Bakelite and a new type of cavity wall insulation called urea-formaldehyde foam, which was injected into walls. Urea-formaldehyde foam insulation was popular in the 1970s, until it transpired that it released low levels of formaldehyde as it set. It's now no longer used. 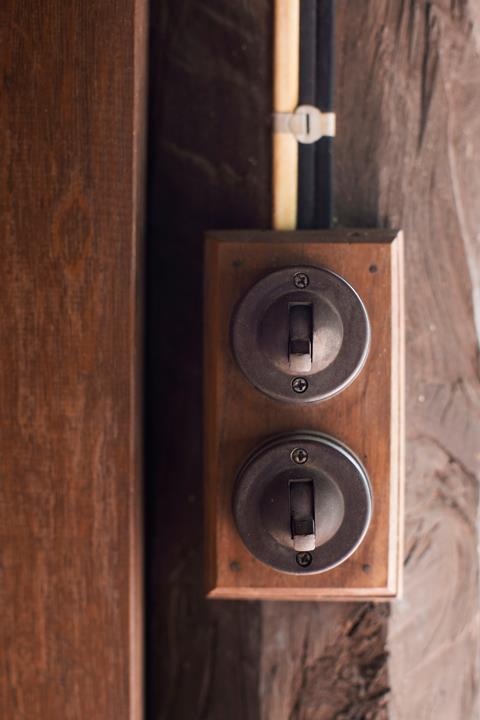 Despite safety concerns, formaldehyde remains a valuable commercial product and can still be found in many household products including adhesives, fibreboards and fabrics. The process for making it is much the same as the one Hofmann first used in 1868 - oxidising methanol in the presence of a metal catalyst. Nowadays, silver is commonly used as a catalyst instead of platinum.

You'll find a stock solution of formalin in most biology labs, although for long term storage of museum specimens, curators are sometimes advised to wash and transfer specimens initially hardened in formalin into alcohol. This is because formaldehyde continues hardening tissue for years and can soften bones if the pH of the solution dips too low. Damien Hirst's cows, however, are still preserved in formaldehyde. The controversial artist, who worked in a mortuary after graduating from his fine art degree, once said that he used formaldehyde to communicate the futility of preservation in the face of death.

So a compound to help us hold on to our past. That was science writer Hayley Birch, with the preserving chemistry of formaldehyde. Now next week a compound that could be the answer to some of our environmental problems.

Most plastics are not biodegradable, so disposing of waste plastic is a major problem. Much of it goes into landfill, or ends up in the oceans, where the currents carry it to areas like the Great Pacific Garbage Patch, which is a huge area of floating debris, estimated to be about three times the size of the UK. Recycling is an option for some materials, but it can sometimes be more energy intensive than producing new plastic. Burning the waste would be another option, but the gases released can be toxic. In addition, most plastics are currently made from petroleum, the supply of which is becoming more and more limited, so there is a lot of interest in alternatives.

And Join Jessica Gwynne to find out to find out the chemistry enabling this plastic to biodegrade, as well as the limitations preventing it from entering the mass market, in next week's Chemistry in its element. Until then, thank you for listening. I'm Meera Senthilingam