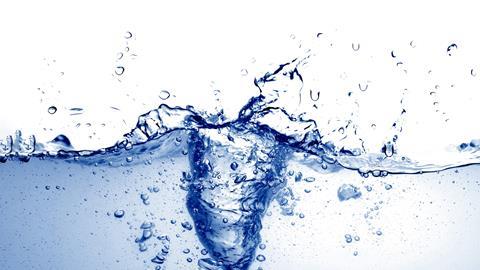 Peter Wothers weighs in on this week's compound

The name 'heavy water' conjures up vivid images of an amazing, super-dense liquid  with workers struggling to lift tiny quantities. I was therefore a little disappointed to discover that it is not actually that heavy after all - in fact only about 10% more dense than normal water. Yet it was this small difference in densities that first led to the discovery of the isotope of hydrogen by Harold Urey in 1933. 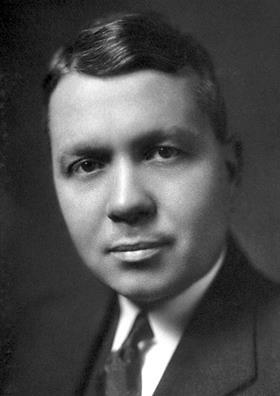 20 years earlier, in 1913, Arthur Lamb and Richard Leen accurately determined the density of pure water and found that different samples varied very slightly, by about one part in a million. At that time, they had no knowledge of atomic structure so they simply concluded that water does not possess a unique density. Later that year, Frederick Soddy in England, and Kasimir Fajans in Germany, discovered the existence of isotopes. We now know these are atoms which have the same numbers of electrons and protons, and therefore the same chemical properties, but have different masses due to differing numbers of neutrons in their nuclei.

Fast forward to 1933 and Harold Urey solves the density discrepancy with his discovery of an isotope with twice the mass of normal hydrogen. He named it deuterium, although this was not universally accepted. The father of nuclear physics, Lord Rutherford, preferred the name diplogen for the atom and diplon for its nucleus since, as he reported at the Royal Society in London, 'deuterons were liable to be confused with neutrons - especially if one had a cold'.

Whereas an atom of normal hydrogen consists of just one proton in its nucleus, deuterium has one proton and one neutron. Since the mass of a proton and neutron are roughly the same, deuterium has twice the mass of normal hydrogen. This doubling in mass means there are significant differences between the properties of hydrogen and deuterium. Obviously, their masses differ, but there are other physical differences too. For example, deuterated ice melts at 4 oC, as opposed to zero for normal ice. This means that a deuterated ice cube will happily remain for some time in a glass of cold normal water - albeit at the bottom of the glass rather than floating on top!

Perhaps one of the most striking differences is in the colour; heavy water is colourless.  You may be thinking, 'but so is water', but actually it is not, it is very pale blue. This is a very unusual property of normal water in that one of the overtones of the way the molecule vibrates just creeps out of the infrared part of the spectrum (where every molecule usually absorbs) and into the red part of the spectrum. This means that water very weakly absorbs red light, making it look blue. With the heavier deuterium atoms replacing the normal hydrogens, the vibrations are slower and stay in the infrared part of the spectrum. This means if all the seas and oceans on Earth were filled with heavy water, we would not have a blue planet. 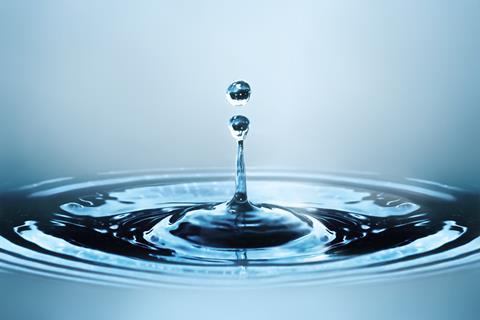 But it was another subtle difference that led to heavy water being one of the most important compounds during the war, leading to covert spying operations, microfilm plans being smuggled across borders in tubes of toothpaste, bombing and commando raids, not to mention a host of code names given to it, such as 'juice', IMI, lurgan, glucose, and many others.

When uranium 235, the minor isotope in naturally occurring uranium, absorbs a neutron, it forms unstable uranium 236, which then breaks up into smaller fragments, releasing energy and, importantly, more neutrons. These newly-formed neutrons can then go on to be absorbed by other uranium atoms, giving the chain reaction of nuclear fission and releasing huge amounts of energy. To make this process effective, however, the ejected neutrons need to be slowed down to increase the likelihood of being absorbed.

This can be achieved by letting the neutrons collide with certain light atoms. Collisions with heavy atoms gives little deceleration; consider a ping pong ball hitting a bowling ball - it will bounce off with almost no change in speed, but when it glances off another ping pong ball, both move off with slower speeds. The trick is slowing the neutrons down without absorbing too many and in the race for nuclear power in the Second World War, finding such a material was vital.

Normal hydrogen, in water for example, does slow down neutrons, but also absorbs too many. The carbon atoms in graphite work really well, but any naturally occurring impurities, notably boron, also absorb far too many. The production of the extra-high purity graphite was impractical for the Germans during the war, although this was ultimately the method of choice for the Americans.

But heavy water was just right. All that was needed was a few tonnes of the stuff! This was potentially on hand from the hydroelectric plants in Norway where water was electrolysed to produce hydrogen gas for ammonia production. When the water is electrolysed, the residues become increasingly concentrated in deuterium. At its height, the plant produced hundreds of kilos per month. Understandably, this made the plant of supreme strategic importance during the war and the allies were constantly trying to sabotage it or destroy it. That story has been told in the 1965 Hollywood movie, The Heroes of Telemark, a real-life blockbuster action-film based around the tiny molecule that's water - but not quite.

Not quite water but quite a vital role during the war. That was Cambridge University's Peter Wothers with the weighty, property-changing chemistry of heavy water. Now, next week: .

At the time, carbon tetrachloride was an almost universal lab cleaner. We sloshed it around with abandon, making ready use of this solvent's ability to dissolve difficult-to-remove substances like oils and fats. Now I look back in some horror: today, we know that carbon tetrachloride causes nervous system and organ damage and it may well be a carcinogen.

In the early 20th century, carbon tetrachloride found a multitude of uses. As a superlative solvent, it was an obvious product for dry cleaning. This strangely named process (it is only dry in the sense that water isn't involved) is used to clean fabrics that would be damaged by conventional washing.

And you can find out how carbon tetrachoride achieved this task, as well its many other uses throughout the last century, by joining Brian Clegg in next week's Chemistry in it's element. Until then, thank you for listening. I'm Meera Senthilingam.