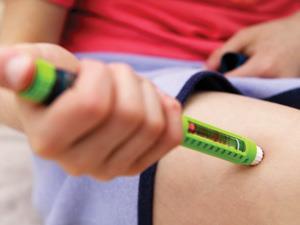 A protein with an impressive roster of ‘firsts’: Anna Lewcock introduces insulin

This week, a first for protein synthesis, resulting in a compound saving the lives of millions worldwide. Anna Lewcock…

The year is 1922. Fourteen-year-old Leonard Thompson is at death’s door. Weighing just four and half stone, he is admitted to hospital slipping into a coma. In desperation, his father allows doctors to inject Leonard with a new drug never before tested on humans. But his son suffers an allergic reaction, and remains critically ill. Two weeks later, the doctors try again with a purer form of the extract. This time, the results are staggering. Leonard quickly regains his strength, his appetite, and his life. All thanks to a modest molecule called insulin. 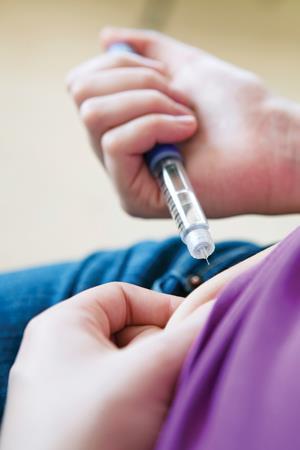 Insulin is a peptide hormone produced by the pancreas. But in the 371 million people worldwide who suffer from diabetes, something is amiss. In type 1 diabetes, the pancreas doesn’t produce any insulin. In the more common type 2, it doesn’t produce enough or the insulin it does produce doesn’t work properly. Insulin unlocks the body’s cells, allowing glucose in to be used for energy. With the body unable to metabolise glucose, it builds up in the blood leading to dangerously high blood sugar levels, and if left untreated, can lead to devastating health complications. Before the discovery of insulin, it was essentially a death sentence: patients with Type 1 diabetes were put on a starvation diet and given just months to live.

Diabetes has been recognised as an illness for thousands of years. But it wasn’t until the late 1800s that researchers suggested we should look to the pancreas for a substance responsible for metabolic control. It then took until the 1920s for it to be isolated and identified by Frederick Banting and Charles Best.

They started their experiments in May 1921, by removing the pancreas from a dog, chopping it up and freezing it in a mixture of water and salts before grinding it up and filtering it. They then injected this first formulation, which they called isletin, into a diabetic dog. The mutt’s glucose levels dropped and it regained its health with a few injections a day. Biochemist James Collip then came on board to help purify the substance, and it was renamed insulin. By the time it was tested on young Leonard, the team had moved onto cows, and it was bovine insulin that was used in that first human experiment.

At the time, the team didn’t know how lucky they were. Bovine insulin and insulin derived from pigs are incredibly similar in structure to human insulin, with the cow form differing in only three amino acids and the pig version by just one. But it took until the 1950s and the Nobel Prize-winning work of Frederick Sanger before the structure of insulin was known. It took him 15 years to crack the molecule’s make-up: a 21-amino acid A chain and a 30-amino acid B chain linked by two disufide bonds, with a third internal disulfide bridge within the A chain. It was the very first protein ever to be sequenced.

With the structure now known, it became possible to produce synthetic versions of the protein. And another first for insulin, as in 1963 it became the first protein to be chemically synthesised in the lab, although many patients still relied on animal insulin. It would take until the late 70s and advances in biotechnology for the next big jump in insulin therapy. A young biotech company called Genentech announced in September 1978 that it had successfully produced human insulin using recombinant DNA technology, calling it the ‘most significant advance in the treatment of diabetes’ since the 1920s. It was the first time a human protein had been produced using biotechnology. 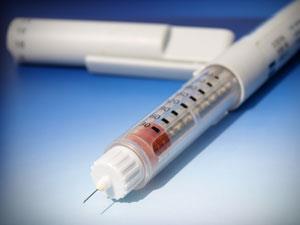 Today the majority of diabetic patients use recombinant human insulin. And it’s a booming business for the pharmaceutical industry, worth around US$12 billion in 2011 and forecast to grow to over US$30 billion by 2018. Now the research is all about finding new ways to administer the insulin and avoid invasive needles –for example developing nanoparticles and protective coatings for oral insulin formulations that can survive the harsh conditions of the digestive system and still deliver a therapeutic dose. This would be another potential first for insulin, as the only orally administered protein-based drug.

In the 90 years since Leonard Thompson’s astounding recovery, insulin has time and time again found itself in the vanguard of wider scientific advances. And with the diabetic population expected to balloon to over 550 million by 2030, there won’t be any shortage of people reaping the benefits of research into this remarkable protein.

Science writer Anna Lewcock there, with the metabolic chemistry of insulin. Next week, from life-changing to career-changing.

Cycling has a back catalogue of drug abuse, going back to the amphetamines used in the 1960s, to the steroids, EPO and other performance aids that fuelled astonishing performance throughout the 90s and onwards. And now we have a new culprit in the crosshairs.

And Simon Cotton unveils this culprit in next week’s Chemistry in its Element. Until then, thank you for listening, I’m Meera Senthilingam.