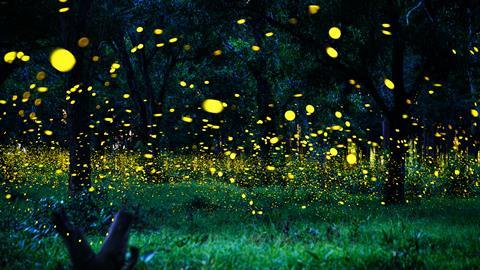 Katherine Holt lights up this week's episode with luciferin

This week, we're drawn towards the light. Katherine Holt:

I visited New Zealand a couple of years ago, and one of the highlights of my visit was a boat trip through the silent and mysterious glow worm caves at Waitomo on the North Island. The roof of the cave was decorated with many thousands of glowing fluorescent green lights that flickered in intensity as we passed beneath. The tour guide commented that their luminescence was attributed to a chemical reaction within the body of the glow worm. Since then I've always intended to find out more about the glow worms, or 'Arachnocampa luminosa' to give them their full title, and the chemistry behind the mysterious glow. 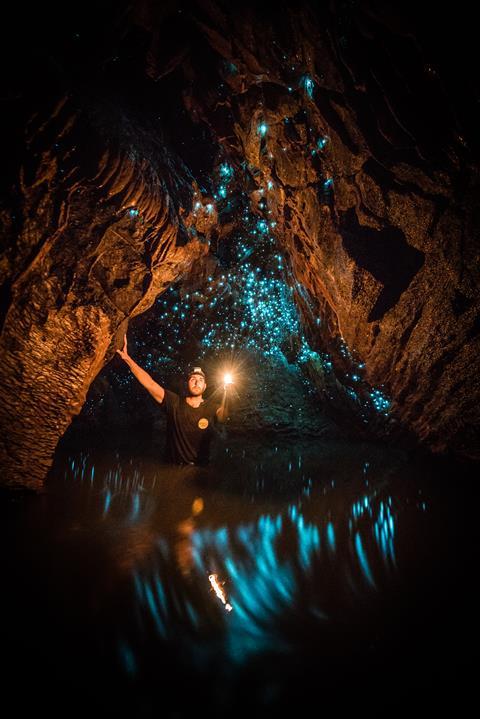 Bioluminescence is found in many different species, including fireflies and glow worms, fish and squid, snails and bacteria. A particularly dramatic example of this is the so-called 'milky-sea' phenomenon where an eerie blue glow is observed in the ocean, stretching for miles. This spectacular occurrence has been documented over 200 times in the last hundred years and is mainly seen in the Indian Ocean. In 2005 a glowing area of over 15,000 square kilometres was observed from space! It has been attributed to a species of bioluminescent bacteria living in association with algal blooms.

The origin of bioluminescence is the action of an enzyme, luciferase, on a substrate molecule - luciferin. Luciferin literally means 'light-bringer' and actually refers to a class of molecules rather than one molecule in particular. Luciferins are oxidised by their corresponding luciferase enzymes in the presence of molecular oxygen to produce a molecule in an electronically excited state. Relaxation of this molecule to its ground state results in emission of light, the colour of which depends on a range of factors including the type of luciferin and luciferase and the presence of biological filters. 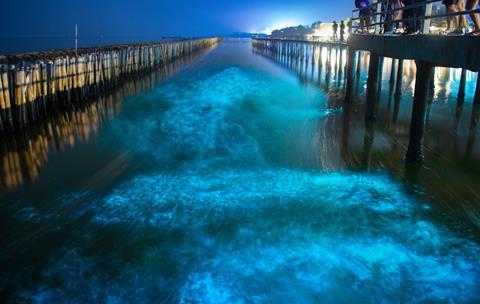 Luciferases can readily be produced by genetic engineering and are routinely used in laboratory studies of biological processes to detect metabolites. They are also used in forensics to uncover traces of blood at crime scenes. Bioluminescence may now have technological applications but it has previously been employed for purely aesthetic enjoyment. It is believed that Caravaggio, the famous Renaissance painter, used a powder of crushed fireflies to produce the special quality of light he achieved in his 'light and shadow' works. During this period, it is said firefly powder was also used to produce special lighting effects in the theatre.

So enough of the chemistry behind bioluminescence. Let's ponder the question: why do so many species feel the need to be so publically and brazenly colourful? In the case of the glow worm it's quite simply to attract some food! Glow worms are actually larvae that will eventually become adult flies. During the larval stage, in which they spend most of their lives, they spin a silk nest on the roof of a cave. They send down more than fifty silk snares, covered in mucus, in which to entangle their prey. The reason they are believed to glow is that the roof of a cave covered in glow worms looks remarkable like a clear starry night and perhaps this encourages prey such as moths and mosquitoes, believing they are outdoors, to fly towards it. Glow worms glow more or less continuously but a hungry glow worm will glow more brightly then one who's just had lunch! 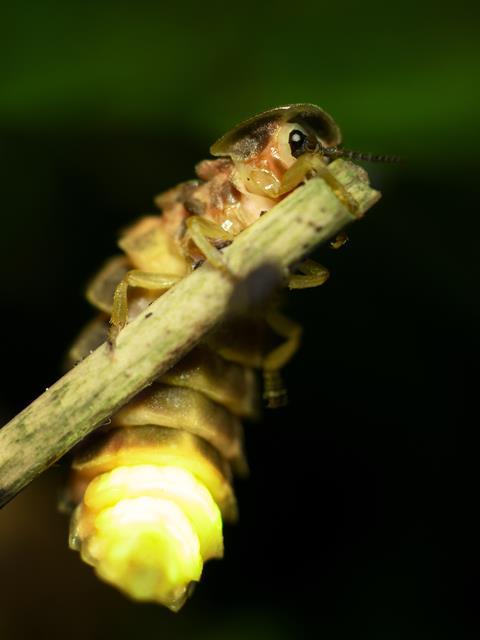 Fireflies on the other hand, glow intermittently, with a blinking pattern that is unique to each species. It is still unclear how they are able to regulate and control this flashing, but it is believed that modulating the availability of molecular oxygen to the luciferase may be a possible mechanism. Firefly light is a signal to help attract mates as well as a warning to predators that they are not nice to eat. The female flies of the Photuris species use their bioluminescence for a far more deadly aim. They are able to mimic the flashing mating patterns of other firefly species. Males are attracted to what they think is a willing mate, only to be pounced upon and eaten! It is not surprising that this species is also known as the 'femme fatale' firefly!

So while it may be beautiful to behold for us humans, the light-bringer luciferin clearly has a darker side. Especially for a confused moth in the Waitomo caves or for a firefly who happens to wander onto a rival species' turf!

So following the light could lead to a dark future. That was University College London's Katherine Holt with the luminously deceitful chemistry of luciferin. Now, next week, the chemistry behind a craving.

When you take a puff on a cigarette, the nicotine in cigarette smoke is rapidly absorbed by the lungs, and transported in blood to the brain, within 10 seconds.    Each puff of the cigarette sends a shot of nicotine to the brain. Because the nicotine reaches the brain so quickly, the smoker comes to link its stimulant effects with smoking; it reinforces smoking behaviour and causes the addiction. The body eliminates nicotine within a couple of hours, so that the user has to smoke repeatedly to avoid withdrawal symptoms.

And to find out how nicotine causes this stimulation in our brains, as well as the history behind the associated practice of smoking, join Simon Cotton in next week's Chemistry in its element. Until then, thank you for listening. I'm Meera Senthilingam.