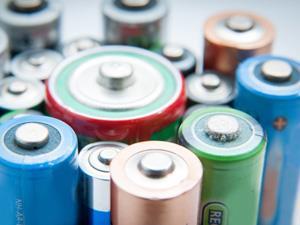 This week, Brian Clegg is on a hunt for a compound hiding in your home.

There are some simple inorganic compounds guaranteed to be found around the home that boldly proclaim their presence. Sodium chloride, common salt, is the obvious example. But others are more circumspect, and none more so than manganese dioxide, which is almost certainly lurking in your house, quietly performing its function until you throw it away or recycle it without ever being aware of its presence. This is because it’s a primary component of the zinc-carbon and alkaline batteries that power everything from remote controls to wall clocks. Yet despite the modern feel of this application, manganese dioxide, also known as manganese IV oxide, has been in use for over 30,000 years. 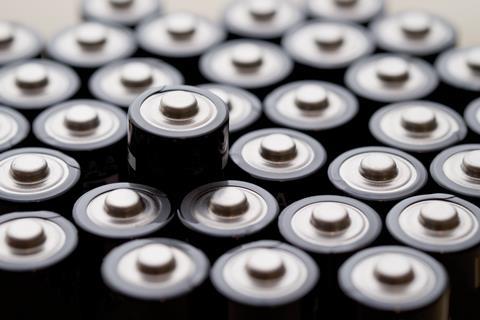 Cave paintings such as those at Chauvet and Gargas in France make use of a range of mineral pigments, with dark browns and blacks often provided by manganese dioxide as well as charcoal. It is thought that the pigment, which is reasonably resilient on the skin, could have been used for body painting even earlier. Such a long-term use suggests that the powder MnO2, evocatively known as ‘braunstein’ in German, has a natural source, and it does in the mineral pyrolusite, which despite its shiny metallic appearance is relatively easily broken up.

Because the substance has such a long history it’s difficult to provide a ‘discoverer’, though as pyrolusite is the main source of manganese, when the element was first produced by the Swedish chemist Johan Gahn in the 1770s he had also, in effect, identified the nature of the oxide. Another term for manganese dioxide in pyrolusite form also gave the element its name. An early source was Magnesia in Greece, with the ore first known as magnes, then magnesia, was finally corrupted to manganesium. 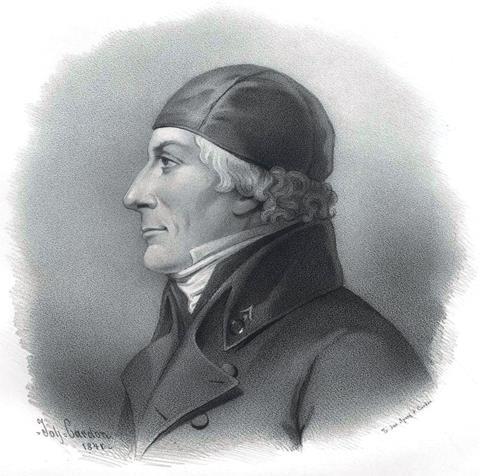 In a traditional zinc-carbon battery (more correctly called a cell, as strictly a battery should consist of a series of repeated components), the positive electrode is a carbon rod through the centre of the structure, topped off on the outside by a metal cap. The negative electrode is the zinc outer casing of the cell, this usually has a paper layer impregnated with ammonium chloride paste separating it from the bulk of the contents, which is a mix of powdered carbon and manganese dioxide.

When the battery is in action, the manganese dioxide takes in electrons as it is converted to Manganese III oxide (Mn2O3). There is an alternative reaction in some variants of the battery, where zinc chloride is used in place of ammonium chloride, but both involve a redox reaction. For many years such zinc-carbon dry cells were the absolute mainstay of the battery business, but now they only amount to around 20 per cent of the market, with the bulk taken up by rechargables and the longer lasting alkaline batteries.

However, this doesn’t reduce the importance of manganese dioxide in the process. Both traditional alkalines and their rechargeable variants still make use of a zinc/manganese reaction, but here the manganese dioxide has become the positive electrode without the carbon rod, with an electrolyte of potassium hydroxide (the ‘alkali’ in the name) between the electrodes. Once more it is a redox reaction that sees the manganese dioxide taking in electrons on the way to becoming manganese III oxide that is at the centre of the process. Because these cells store more power and last longer before deteriorating than the zinc-carbon equivalent, they have become the standard.

To be suitable for battery use, the manganese dioxide has to be very pure – significantly more so than in its natural form. It is usually purified by an electrolytic process where the original material is dissolved in sulfuric acid and an electric current is passed through the solution, depositing the oxide on the positive electrode. It’s rather pleasing that electricity is used in this way to produce an essential component of a battery. 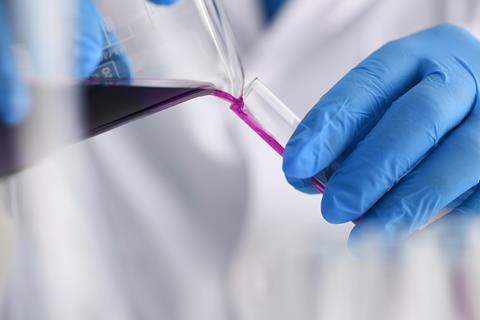 Although its role in electrical cells is certainly the mostly likely reason to find manganese dioxide around the house, it crops up in the steel industry in the production of ferromanganese alloys and will be found in the chemistry lab as an oxidising agent during some kinds of organic synthesis, for example in the production of aldehydes and ketones. For maximum effectiveness, the oxide is usually produced immediately before use by reacting potassium permanganate with manganese sulfate. A more exotic, if as yet commercially impractical, way to produce manganese dioxide from potassium permanganate is to use carbon nanotubes which act as a reducing agent, leaving a thin layer of the oxide deposited on the tubes.

It’s hard to imagine two more different applications of a compound. Manganese dioxide began as a pigment (and is still sometimes used in pottery glazes and stained glass), but now is a mainstay of the hi-tech industries. Yet both the prehistoric artists who used manganese dioxide to give lasting brown-black pigments and the users of TV remotes or torches powered by dry cells have found that this simple inorganic substance plays a valuable role in illuminating their lives.

Science writer Brian Clegg, with the chemistry of manganese dioxide. Next week, an alternative perspective on warfare.

Poison gases were not the only chemicals used in the war. Explosives are also chemicals. Furthermore and just as important, chemistry played a critical role in the care of the sick and wounded.

Find out just how critical in next week’s Chemistry in its Element. Until then, thank you for listening, I’m Meera Senthilingam.