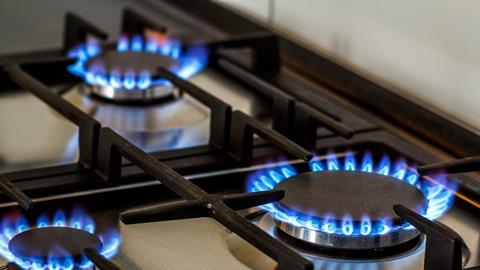 This week, its time for a compound make over as we meet the other greenhouse. Brian Clegg:

Ask people about methane and one of the first things that's likely to spring to mind is cow farts. It's unfortunate. It's not even accurate. But there is no doubt that methane could do with a session with the image consultant. 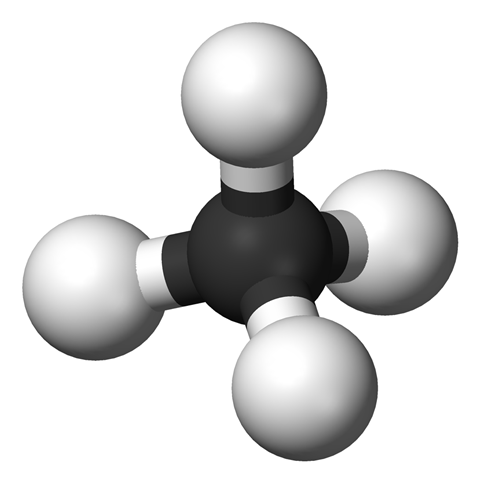 What we're dealing with here is a hydrocarbon - as the name suggests, a compound of carbon and hydrogen. It's as simple as you can get - just one carbon atom and four hydrogen, making up CH4. It is classified as an alkane, one of the hydrocarbons that only has single bonds between any carbons present, though this is arguably a bit like counting the number one as a prime. Although one doesn't break the rules for being a prime - it's only divisible by one and itself - it's a special case, and similarly methane, with its single carbon, hasn't got any carbon-carbon bonds, so gets labelled an alkane because of the absence of double bonds between carbon atoms.

Anyone with a gas appliance in the house is a user of methane. It's the main component of natural gas, and has the advantage of burning without leaving any solid residue - there's no ash from burning natural gas. Burning involves combination with oxygen, and in the case of methane, the only final products are carbon dioxide and water, which will initially be in vapour form when you are cooking on your hob or heating your house. 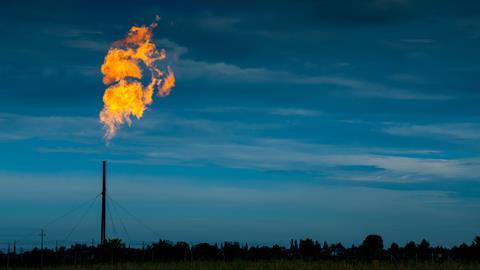 We've been aware of methane, one way and another, for a long time. Not from those cow outputs - methane is colourless and odourless, it's other chemicals that flavour the cow farts and the smell emerging from a gas ring - but methane occurs naturally from rotting material, bubbling up to the top of stagnant water where it can catch light, causing the effect known as a will o' the wisp or a jack o' lantern. Also called corpse candles, or ignis fatuus, these mysterious floating lights are thought to occur when methane is spontaneously ignited by a small quantity of phosphine, a compound of phosphorus and hydrogen produced alongside it. 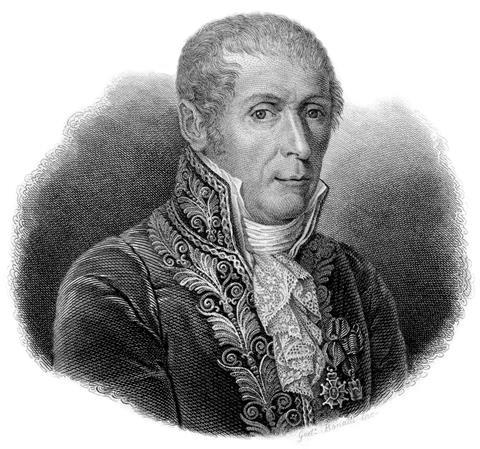 The scientist Alessandro Volta, best known for his development of the electrical pile, first identified methane in the 1770s while on holiday by Lake Maggiore. At the time he was a teacher at the State Grammar School in Como, and made his find while poking around in the mud, releasing bubbles of gas which he gave the snappy name 'inflammable air from the marshlands.' More recently methane has been discovered on Mars, emerging in large plumes from the surface. It's not clear at this stage whether the gas has a biological origin, or whether it is from the output of volcanoes.

There is less methane around in our atmosphere than carbon dioxide, but it is still a serious contender in the greenhouse gas stakes because it has a more powerful effect. It's often labelled around 23 times more powerful a greenhouse gas, though it's difficult to pin down a figure because methane does not stay in the atmosphere as long as CO2. The 23 times figure is a comparison over 100 years, which goes up over 70 times if compared across 20 years. The average lifetime of methane in the atmosphere is just 10 years, hence the rapid drop-off in contribution.

Peat - the partly decayed remains of ancient moss and vegetation - is a rich source of methane. In West Siberia lies a huge peat bog - around a million square kilometres in area (the size of France and Germany put together). Methane from the bog has been frozen in place - at least, until now. That permafrost that holds it is liquefying, discharging a huge quantity of methane into the atmosphere. By 2005 it was estimated that the bog was releasing 100,000 tonnes of methane a day. That has more warming effect than the entire man-made contribution of the United States. 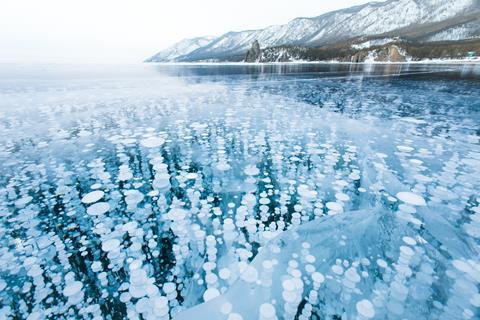 The methane there is mostly stored as clathrates. A clathrate is a substance that combines two molecules, one forming a cage-like lattice in which the other molecule is trapped. In this methane clathrate, the cages are formed by water molecules, joined together by hydrogen bonding, with methane trapped in the cages. The result is a crystalline solid, not unlike ice, but that is flammable. There is much more of this substance on the ocean floors. Exactly how much isn't known, but there could be as much as five million cubic kilometres, holding up to four times as much carbon as is currently in the atmosphere. Luckily it would take significant global warming to release these clathrates.

Another contributory factor to atmospheric methane is those cow farts, or to be more precise, belches. Ruminants like cows produce methane because of bacterial action as their stomachs battle to break down their relatively indigestible diet. The output of such livestock worldwide contributes 18 per cent by impact of all greenhouse gas emissions - more than all transport combined. A potential answer to the cow burp problem is the kangaroo, which doesn't produce methane. 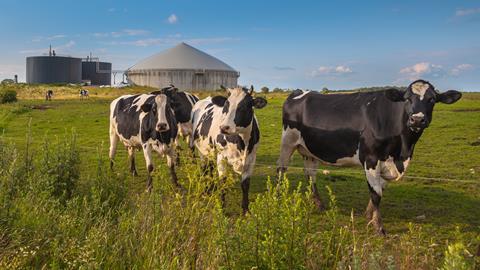 One possibility is to convert ranches to farming kangaroos, but a more practical approach is to look at what makes kangaroos different from cows and sheep. The kangaroos have a different bacterium breaking down plant matter in their stomachs, which doesn't pump out greenhouse gas. Efforts are being made to vaccinate against the offending bacterium in cows, or even to switch cows' stomachs over to kangaroo bacteria.

Like its fellow greenhouse gas carbon dioxide, methane has started to get a bad name. And it is something we should keep an eye on. But without it, many of us would have cold homes and wouldn't be able to heat our meals. With methane, we're cooking on gas.

So keeping us nice and warm in the cold winter months. That was Brian Clegg with a new image for the compound methane. Now next week, could you pass a bag of crisps? And a burger, and maybe some pizza?

People who have used any of the derivatives of cannabis have been exposed to its multiple effects, one of which is apetite stimulation or better known as 'the munchies'. Its other effects may be described by German pharmacologist Louis Lewin, who was one of the first to classify drugs according to their effects and described them as an exhibition of gaiety in which smokers behave in a very childish and stupid manner, in a dreamlike state where all the thoughts that pass through the brain are lightened by the sun and the bonds of time and space are broken.

And to find out just how the compound tetrahydrocannabinol, the psychoactive substance in cannabis, causes these effects on our apetite, thinking and behaviour, as well as its medicinal properties, join Akshat Rathi in next week's Chemistry in its element. Until then, thank you for listening. I'm Meera Senthilingam.