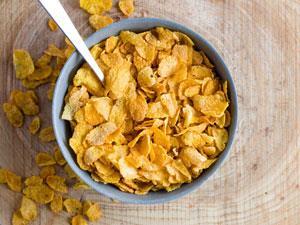 Brian Clegg discusses the vitamin found in both breakfast cereal and meteorites: Niacin

This week, Brian Clegg explores an essential micronutrient in your food…

Many of us first came across niacin when reading the cereal packet over breakfast, because this relatively simple organic compound, also known as vitamin B3, is often added as a ‘fortification’. As we’ll hear later, the amount we consume is under question, but there’s no doubt that this is a valuable micronutrient in the right quantities. 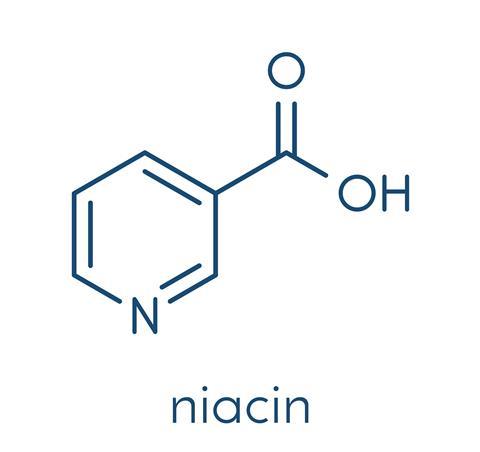 Niacin consists of a pyridine ring – benzene with one carbon switched to nitrogen – with a carboxyl group, so strictly speaking this is an acid, with the systematic name pyridine-3-carboxylic acid, and a familial relationship to nicotine. In fact, niacin was first produced in the laboratory by oxidising nicotine with nitric acid. This was the work of Austrian chemist Hugo Weidel in 1873. However, the connection of a deficiency of this colourless, water-soluble compound with medical conditions would not be identified until the 1930s.

For humans, niacin is an essential micronutrient. Miss out on it and you are likely to suffer from skin problems, anaemia, headaches and nausea. If you have a diet that is consistently low in niacin you are also likely to suffer from pellagra, a disease that presents itself with distressingly intense skin problems on areas exposed to sunlight, diarrhoea, confusion and eventually dementia. Because of this, niacin was often called vitamin PP or ‘PP factor’, where the PP stood for ‘pellagra preventative.’

It’s not particularly surprising then, that in the 1950s, following concerns by the loss of nutrients when milling white flour, it was decided by the UK government that all wheat flour that wasn’t wholemeal should be fortified with niacin. The UK Bread and Flour regulations required niacin, along with iron, calcium and thiamin to be added as a matter of course.

Niacin, like the related amide, nicotinamide or niacinamide, which is often also listed as vitamin B3, is a precursor to a number of coenzymes which are used in the body to break down fats and proteins, to repair DNA and to produce fatty acids. Another positive aspect of consuming niacin is that in large doses it is thought to raise the level of HDL or ‘good’ cholesterol and lower the level of LDL or ‘bad’ cholesterol, though only in those not taking statins. However, recent research published in the New England Journal of Medicine shows that patients taking high dose niacin had very similar rates of heart disease, stroke and death to those taking a placebo.

Extra-terrestrial niacin has been discovered in carbonaceous chondrite meteorites

The levels of niacin in flour and bread is relatively low – a study in 2012 found that it only added between 0.5 and 1 milligram to a consumption that was already well over the RNI or ‘reference nutrition intake’, which represents the amount that is enough, or more than enough, of the nutrient for 97 per cent of the population. In fact, what was quite striking from the figures in the report, is the surprisingly high levels of niacin consumed. Without any dietary supplements it was found that consumption was typically around 240 per cent of the RNI, while children of three and under were receiving over 300 per cent.

This is worrying, especially where supplements are consumed as well. A typical toddler’s multivitamin contains 6 milligrams, while an adult multivitamin can have 20 milligrams, and a ‘vitamin B complex’ supplement can add 32 milligrams. So young child with a typical diet can be consuming a total of 600 per cent of their RNI, while an adult will have 440 per cent with the B complex supplement. The reason that this is an issue is that some micronutrients, including niacin, have negative effects if consumed to excess.

The most common effect is flushing of the skin and rashes, with others suffering ulcers, gastrointestinal bleeding, higher than normal risk of diabetes, and in extreme circumstances the result can be life-threatening organ damage. Serious effects are typically the result of consuming well over 1,000 per cent of RNI, which would usually only be encountered if niacin is prescribed in high doses as an alternative to statins for cholesterol reduction, a treatment that is now being called into question – even so, it does seem that we are overdosing young children, for whom it may be worth avoiding fortified cereals and especially unnecessary vitamin supplements. The only possible requirement for fortification is for vegetarians, as vegetables contain significantly less niacin than meat, especially offal, which can contain an adult’s RNI in just 100 grams of liver or kidney. 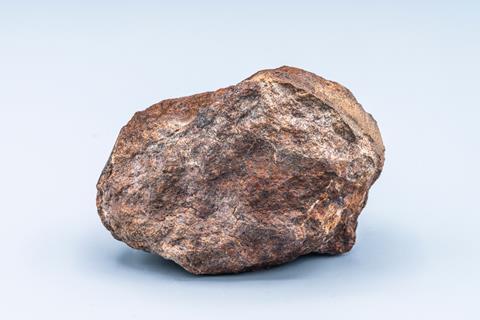 Like a number of relatively simple organic compounds, extra-terrestrial niacin has been discovered, specifically cropping up in carbonaceous chondrite meteorites.

For anyone eating a balanced diet, this isn’t a substance that we need to supplement, but there is no doubt that niacin is an important micronutrient. Both in preventing pellagra and in its general role of transforming fatty molecules in the body, this is a compound for which we all need to find some room.

Science writer Brian Clegg there with the fortifying chemicstry of niacin. Next week, an interesting way to spend a day at the beach.

If you ever happen to find yourself on a beach with a stethoscope around your neck, you might like to try a spot of eavesdropping. Find a boulder with a limpet or two -– the conical seashells that look like miniature versions of mount Fuji -– creep up and place the stethoscope next to them.

But before you do, wait until next week’s Chemistry in its Element, when Helen Scales will explain why this is worth trying. Until then, thank you for listening, I’m Meera Senthilingam.