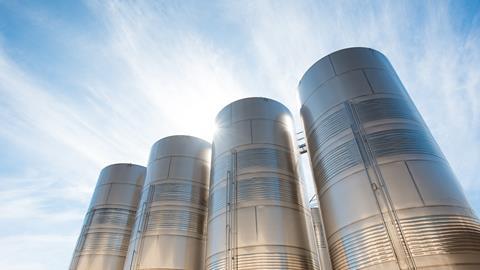 In this week's episode, Simon Cotton explains why nitrogen dioxide is no joke

This week, we look out for the environment with Simon Cotton. 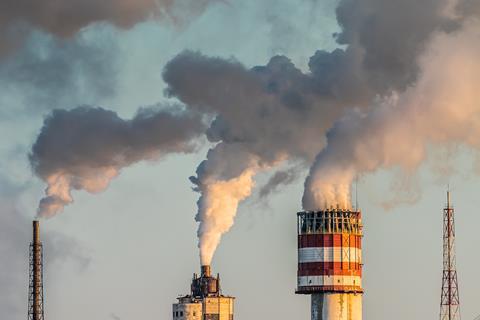 At first sight, NO2 seems similar to CO2, carbon dioxide. But an NO2 molecule contains one more electron than CO2. The extra repulsions that brings causes NO2  to be a V-shaped molecule, with a bond angle of 134 degrees, unlike linear CO2. This extra electron makes NO2 a free radical, and rather reactive. If you cool NO2 gas down, it changes from being a brown gas to a colourless liquid. What has happened is that N2O4 has been formed; two NO2 radicals have shared two unpaired electrons to form a weak nitrogen-nitrogen bond. If the liquid is warmed, it boils at 21 degrees to a brown gas, partly splitting up into NO2 again. As the gas is heated more, the colour gets darker until, at 140 ?C, all the N2O4 has split into NO2.

Dinitrogen tetroxide, as the liquefied NO2 dimer is called, was used as the oxidiser in the fuel for the United States' Titan rockets. They were used to launch the Project Gemini manned space flights in the 1960s and, more recently, for unmanned probes sent to Mars, Jupiter, Saturn, Uranus and Neptune. It was also used in the orbital manoeuvring and reaction control systems of the Space Shuttle orbiter. A combination of hydrazine and 1,1-dimethylhydrazine was used as the fuel, which ignited spontaneously when mixed with the N2O4 oxidant in a very exothermic reaction. The downside is the toxicity of the chemicals involved. NO2 is very toxic. If inhaled, it can inflame the lining of the lungs and lead to lung infections such as bronchitis. A mistake during the final stage of the Apollo-Soyuz test project in 1975 enabled nitrogen dioxide fumes to enter the spacecraft, nearly killing the crew. 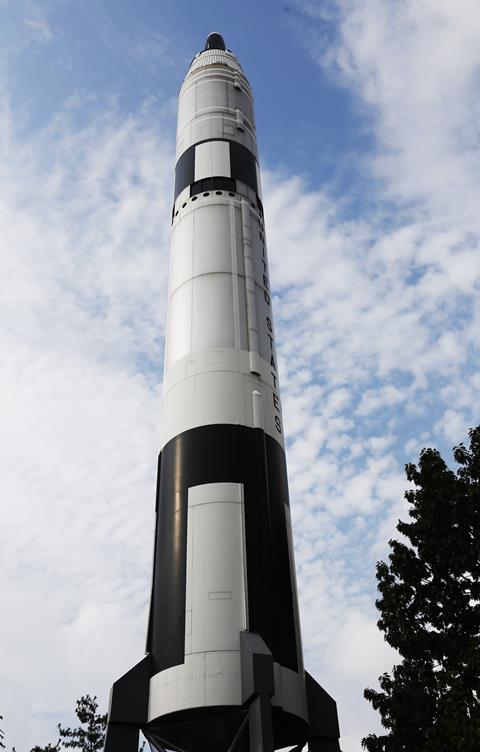 Less well known are fatalities caused by NO2 on farms. Silo gas is formed by the natural fermentation of chopped silage shortly after it is placed in the silo. Nitrates in the crops get decomposed to nitrites which react with organic acids forming nitrous acid. This decomposes as the silage warms up to form nitrogen oxides, including NO2, and this has caused fatal pneumonia in unsuspecting agricultural workers.

There are several ways of making NO2 in the laboratory, the most dramatic being to drop a piece of copper foil into concentrated nitric acid (using a fume cupboard, if you don't mind). Within seconds, the metal dissolves, forming a green-blue solution of copper nitrate and brown fumes.

So, where does the NO2  in the atmosphere come from? Nitrogen is a very unreactive element, but during thunderstorms the temperature close to a lightning strike is several thousand degrees, quite hot enough to make nitrogen and oxygen molecules react to form NO. As the air cools, this turns into NO2. That is a natural process, of course, but the same reaction occurs in internal combustion engines, where the temperature reaches around 2000 ?C, as well as in power stations. NO2 is also generated by heaters and gas stoves in the home.

When NO2 is produced in a thunderstorm, it can dissolve in the rain, forming a very dilute solution of nitric acid. This is a natural kind of nitrogen fixation, and when that nitric acid gets into the soil, it forms nitrates which are absorbed by plants. 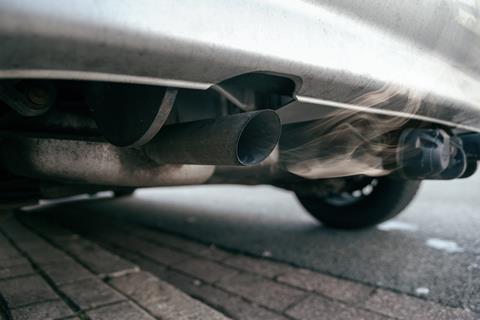 NO2 formed by a car engine, especially on a hot summer's day, is another matter. Modern cars have catalytic converters, and one of their functions is to catalyse the conversion of NO2 back into nitrogen and oxygen. In the past, though, this NO2 escaped into the air. Even today, the air round some large cities with high levels of car ownership can take on a distinctly brown tinge. This is bad news, as NO2 is of course very toxic. When there is a temperature inversion above a city, a layer of warm air can trap denser cool air underneath it. That results in pollutants staying at ground level and not dispersing, forming the photochemical smogs which afflict many cities even today. Sunlight converts unburned hydrocarbons to more reactive molecules like aldehydes and ketones; these react further, generating peroxyacyl radicals, which react with NO2 forming peroxyacyl nitrates, PANs for short.

Have you ever been walking though a busy city on a hot, sunny, summer's day, when your eyes start to water? No, it isn't the price of the ice creams; it's NO2 at work again. PANs are responsible for your watering eyes, and are also believed to cause skin cancer, as well as damaging vegetation. In fact, peroxyacyl nitrates are naturally present in air, albeit in small amounts; this acts as a source of NO2, which is involved in the formation of ozone up in the troposphere.

O-N-O, nitrogen dioxide is no joke.

Birmingham University's Simon Cotton there, revealing the dark side of nitrogen dioxide. Next week, keep your eye on your drink.

There was a time when a member of the criminal fraternity could be accused of slipping someone a 'Mickey Finn.' This seems to have been named for a Chicago bartender who joined the line of infamous hosts who have incapacitated their customers to rob them. Michael Finn's name went down in history after he used the rather subtle means of giving his customers knock-out drops - rather than a knock-out blow - before robbing them. And in all probability the drops he used were chloral hydrate.

And Brian Clegg will be revealing the chemistry behind this trickery in next week's Chemistry in it's element. Until then, thank you for listening. I'm Meera Senthilingam.