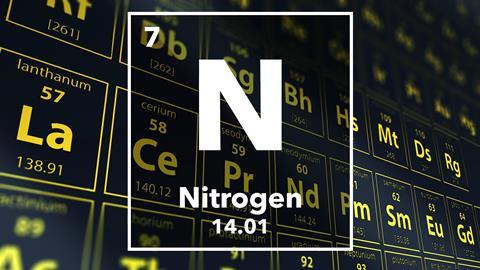 Hello! This week, we're blowing up airbags, asphyxiating animals and getting to the bottom of gun powder because Cambridge chemist, Peter Wothers has been probing the history of nitrogen.

Nitrogen gas makes up about 80% of the air we breathe. It's by far the most abundant element in its group in the periodic table and yet it is the last member of its family to be discovered. The other elements in its group – phosphorus, arsenic, antimony and bismuth – had all been discovered, used and abused at least a 100 years before nitrogen was known about. It wasn't really until the 18th Century that people focussed their attention on the chemistry of the air and the preparation properties of different gases. We can only really make sense of the discovery of nitrogen by also noting the discovery of some of these other gases.

Robert Boyle noted in 1670 that when acid was added to iron filings, the mixture grew very hot and belched up copious and stinking fumes. So inflammable it was that upon the approach of a lighted candle to it, it would readily enough take fire and burn with a bluish and somewhat greenish flame.

Hydrogen was more carefully prepared and collected by the brilliant but reclusive millionaire scientist, Henry Cavendish about a 100 years later. Cavendish called the gas inflammable air from the metals in recognition of this most striking property. 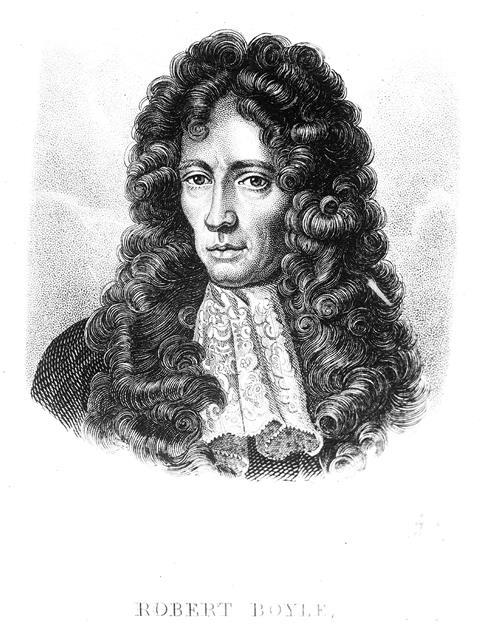 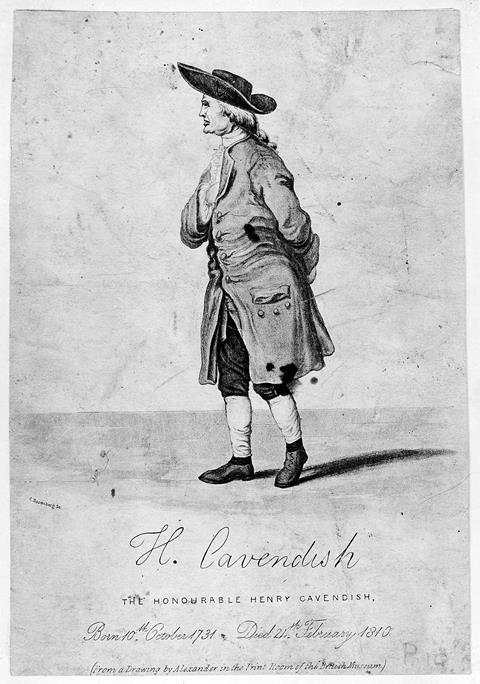 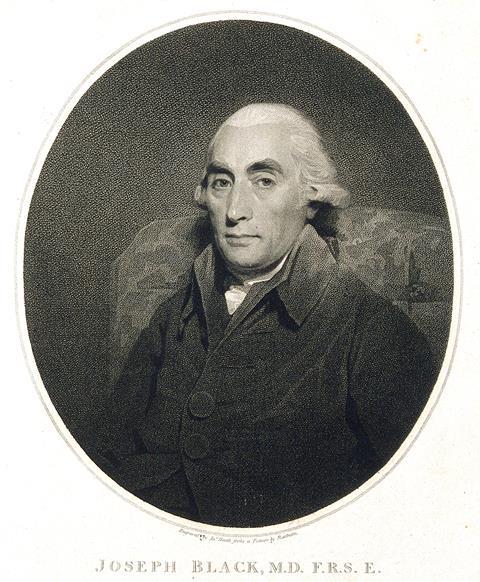 He also studied the gas we now call carbon dioxide, which had first been prepared by the Scottish chemist Joseph Black in the 1750s. Black called carbon dioxide 'fixed air' since it was thought to be locked up or fixed in certain minerals such as limestone. It could be released from its stony prison by the action of heat or acids.

Carbon dioxide was also known by the name 'mephitic air' – the word mephitic meaning noxious or poisonous. This name obviously came from its property of destroying life, since it rapidly suffocates any animals immersed in it. This is where the confusion with nitrogen gas begins, since pure nitrogen gas is also suffocating to animals. If the oxygen in an enclosed quantity of air is used up, either by burning a candle in it or by confining an animal, most of the oxygen is converted to carbon dioxide gas which mixes with the nitrogen gas present in the air. This noxious mixture no longer supports life and so was called mephitic.

The crucial experiment in the discovery of nitrogen was when it was realized that there are at least two different kinds of suffocating gases in this mephitic air. This was done by passing the mixture of gases through a solution of alkali, which absorbed the carbon dioxide but left behind the nitrogen gas. 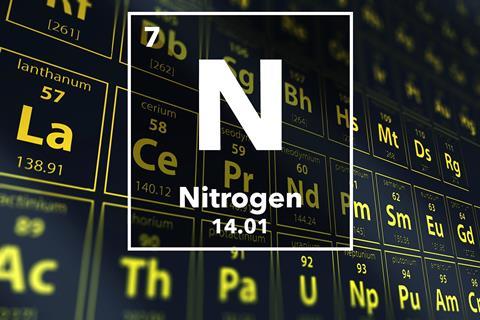 Cavendish prepared nitrogen gas by this means. He passed air back and forth over heated charcoal which converted the oxygen in the air to carbon dioxide. The carbon dioxide was then dissolved in alkali leaving behind the inert nitrogen gas, which he correctly observed was slightly less dense than common air.

Unfortunately, Cavendish didn't publish his findings. He just communicated them in a letter to fellow scientist, Joseph Priestley, one of the discoverers of oxygen gas. Consequently, the discovery of nitrogen is usually accredited to one of Joseph Black's students, the Scottish scientist Daniel Rutherford, who's also the uncle of the novelist and poet Sir Walter Scott. Rutherford published his findings, which were similar to those of Cavendish, in his doctoral thesis entitled An Inaugural Dissertation on the Air called Fixed or Mephitic in 1772.

So what about the name, nitrogen? In the late 1780s, chemical nomenclature underwent a major revolution under the guidance of the French chemist, Antoine Lavoisier. It was he and his colleagues who suggested many of the names we still use today including the word hydrogen, which comes from the Greek meaning water former and oxygen from the Greek for acid producer, since Lavoisier mistakenly thought that oxygen was the key component of all acids. 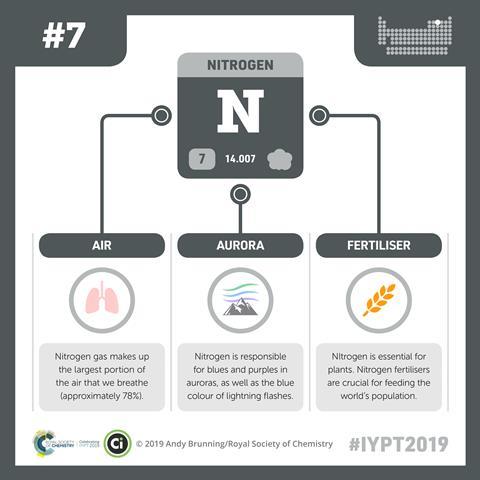 However, in his list of the then known elements, Lavoisier included the term azote or azotic gas for what we now call nitrogen. This again stems from Greek words, this time meaning the absence of life, once again focussing on its mephitic quality. It was not long before it was pointed out that there are many mephitic gases, in fact no gas other than oxygen can support life. The name nitrogen was therefore proposed from the observation, again first made by Cavendish, that if the gases sparked with oxygen and then the resulting nitrogen dioxide gases passed through alkali, nitre – otherwise known as saltpetre or potassium nitrate – is formed. The word nitrogen therefore means nitre former.

The derivatives of the word 'azote' still survive today. The compound used to explosively fill car air bags with gas is sodium azide, a compound of just sodium and nitrogen. When triggered this compound explosively decomposes freeing the nitrogen gas, which inflates the bags, far from destroying life, this azotic compound has been responsible for saving thousands.

Cambridge University's Peter Wothers telling the story of the discovery of nitrogen. Next time on Chemistry in its element, how chemists like Mendeleev got to groups with both the known and the unknown.

While other scientists had tried to create ways of ordering the known elements, Mendeleev created the system that could predict the existence of elements, not yet discovered. When he presented the table to the world in 1869, it contained four prominent gaps. One of these was just below manganese and Mendeleev predicted that element with atomic weight 43 would be found to fill that gap, but it was not until 1937 that a group of Italian scientists finally found the missing element, which they named technetium.

And you can hear Mark Peplow telling technetium's tale in next week's edition of Chemistry in its element. I'm Chris Smith, thank you for listening. See you next time.