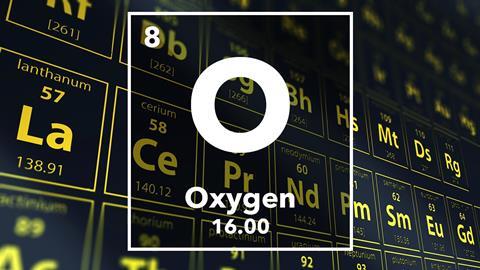 Mark Peplow gives the oxygen of publicity to, well, oxygen.

Hello! And welcome to Chemistry in its element, where we take a look at the stories behind the elements that make up the world around us. I'm Chris Smith. This week, we are continuing our tour of the periodic table with a lung full of a gas that we can't do without. It protects us from solar radiation, it keeps us alive and by helping things to burn, it also keeps us warm. It is of course oxygen. And to tell its story, here's Mark Peplow. 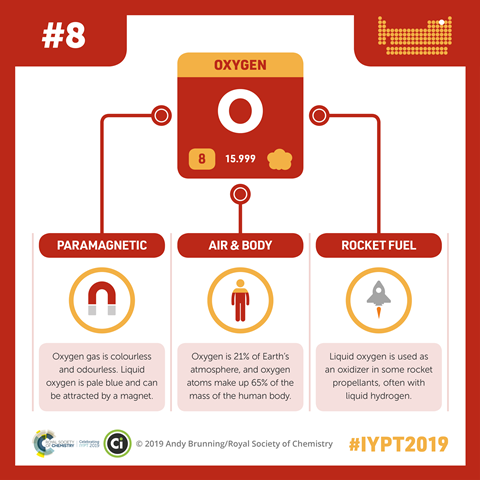 Little did those humble cyanobacteria realize what they were doing when two and a half billion years ago, they started to build up their own reserves of energy-rich chemicals, by combining water and carbon dioxide. Powered by sunlight, they spent the next two billion years terraforming our entire planet with the waste products of their photosynthesis, a rather toxic gas called oxygen. In fact, those industrious bugs are ultimately responsible for the diversity of life, we see around us today. 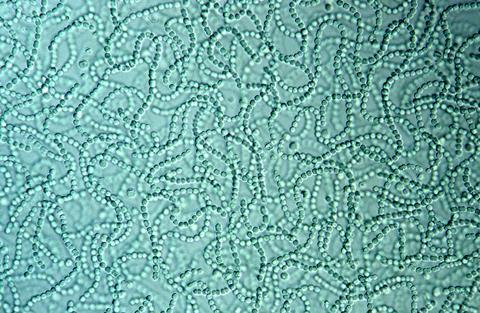 Oxygen accounts for about 23% of the atmosphere's mass with pairs of oxygen atoms stuck together to make dioxygen molecules. But it's not just in the air we breathe. Overall, it's the most abundant element on the Earth's surface and the third most abundant in the universe after hydrogen and helium. Our planet's rocks are about 46% oxygen by weight, much of it in the form of silicon dioxide, which we know most commonly as sand. And many of the metals we mine from the Earth's crust are also found as their oxides, aluminium in bauxite or iron in hematite, while carbonates such as limestone are also largely made of oxygen and the oceans are of course about 86% oxygen, connected to hydrogen as good old H2 O, just about the most perfect solvent you can imagine for biochemistry. 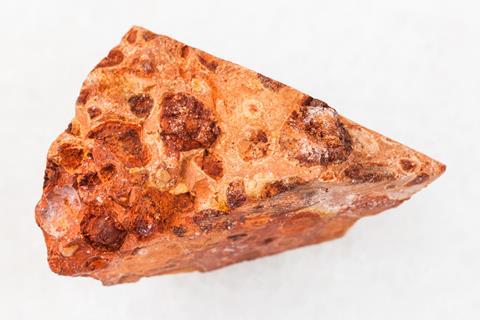 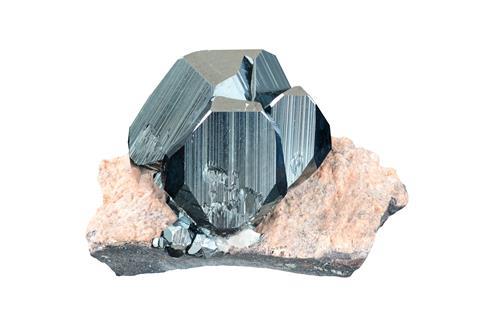 Oxygen is also in virtually every molecule in your body including fats, carbohydrates and DNA. In particular, it's the atom that links together the phosphate groups in the energy-carrying molecule ATP. Oxygen is obviously pretty useful for keeping us going, but is also widely used in industry as an oxidant, where it can give up some of that solar energy captured by plant and those cyanobacteria. A stream of oxygen can push the temperature of a blast furnace over 2000 degrees and it allows an oxyacetylene torch to cut straight through metal. The space shuttle is carried into space on an incredible force produced when liquid oxygen and liquid hydrogen combine to make water. 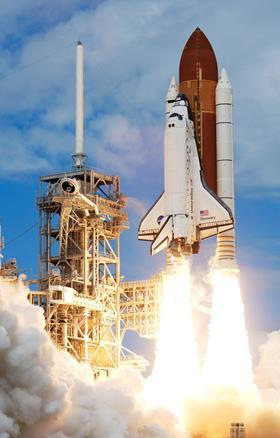 The Space Shuttle Discovery and its seven-member STS-120 crew head toward Earth-orbit and a scheduled link-up with the International Space Station.

So who first noticed this ubiquitous stuff? There's certainly some debate about who first identified oxygen as an element, partly because at the time the precise definition of an element still hadn't really been pinned down. English chemist, Joseph Priestley certainly isolated oxygen gas in the 1770s, although he tried to define it as dephlogisticated air. Phlogiston was then thought to be some kind of primordial substance that was the root cause of combustion. Swedish chemist, Carl Wilhelm Scheele was a fan of phlogiston too and probably discovered oxygen before Priestly did. But it was Antoine Lavoisier, sometimes called the father of modern chemistry, who was the first to truly identify oxygen as an element and in doing so, he really helped to firm up the definition that an element is something that cannot be broken down by any kind of chemical analysis. This also helped him to kill off the phlogiston theory, which was a crucial step in the evolution of chemistry. 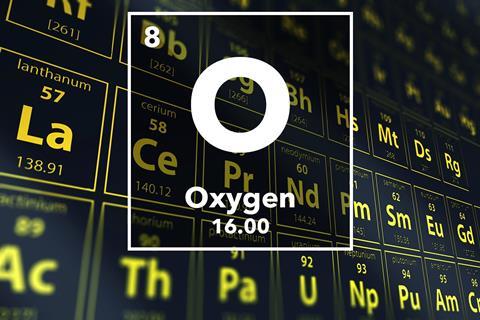 Oxygen isn't only about the dioxygen molecules that sustain us. There is another form, trioxygen, also known as ozone and it's also pretty important in the upper reaches of the atmosphere, is responsible for filtering out harmful ultraviolet rays, but unfortunately, ozone is also pretty toxic. So it's bad news that tons of the gas are produced by the reactions between hydrocarbons and nitrogen oxides churned out by cars every day. If only we could transplant the stuff, straight up into the stratosphere! Now ozone is normally spread so thinly in the air that you can't see its pale blue colour and oxygen gas is colourless unless you liquefy it, but there is one place where you can see the gas in all its glory. The aurora or polar lights, where particles from the solar wind slam into oxygen molecules in the upper atmosphere to produce the swirling green and red colours that have entranced humans for millennia. 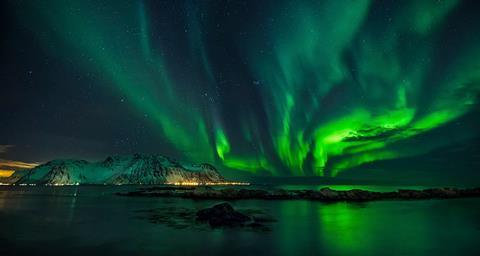 Aurora over the Lofoten islands

So why life is a gas, that was Mark Peplow revealing the secrets of the element that we can't live without. Next time on Chemistry in its element, Johnny Ball joins us to tell the story of a chemical that's craved by Olympic athletes, makes good hi-five connectors and is also a favourite for fillings. And that's in teeth, not pies.

Today one gram can be beaten into a square meter sheet just 230 atoms thick, one cubic centimetre would make a sheet 18 square meters, 1gm could be drawn out to make 165 meters of wire just 1/200th of a millimetre thick. The gold colour in Buckingham Palace fence is actually gold; gold covered because it lasts 30 years; whereas gold paint which actually contains no gold at all lasts in tick-tock condition only a year or so.

So all that glitters isn't gold, but some is, and you can find out why on next week's Chemistry in its element. I'm Chris Smith, thanks for listening. See you next time.