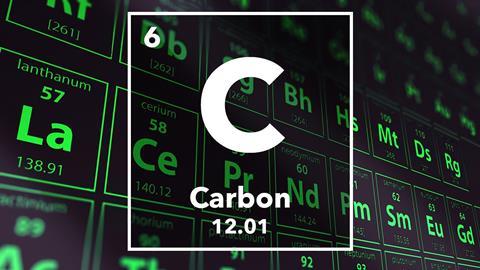 Hello, this week to the element that unites weddings, wars, conflicts and cremations and to explain how, here's Katherine Holt.

Any chemist could talk for days about carbon. It is after all an everyday, run-of-the-mill, found-in-pretty-much-everything, ubiquitous element for us carbon-based life forms. An entire branch of chemistry is devoted to its reactions.

In its elemental form it throws up some surprises in the contrasting and fascinating forms of its allotropes. It seems that every few years a new form of carbon comes into fashion – a few years ago carbon nanotubes were the new black (or should I say 'the new bucky-ball') – but graphene is oh-so-now!

But today I'm going to talk about the most glamorous form that carbon can take – diamond. For millennia diamond has been associated with wealth and riches, as it can be cut to form gemstones of high clarity, brilliance and permanence. Diamonds truly are forever! Unfortunately, diamond also has a dark side – the greed that diamond induces leads to the trade of so-called 'conflict diamonds' that support and fund civil wars. 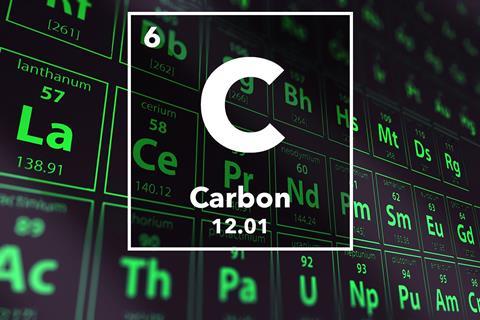 Mans desire for diamond has led alchemists and chemists over many centuries to attempt to synthesise the material. After many fraudulous early claims diamond was finally synthesised artificially in the 1950s. Scientists took their inspiration from nature by noting the conditions under which diamond is formed naturally, deep under the Earth's crust. They therefore used high temperatures (over 3000°C) and high pressures (>130 atms) to turn graphite into carbon. This was an impressive feat, but the extreme conditions required made it prohibitively expensive as a commercial process. Since then the process has been refined and the use of metal catalysts means that lower temperatures and pressures are required. Crystals of a few micron diameter can be formed in a few minutes, but a 2-carat gem quality crystal may takes several weeks.

These techniques mean its now possible to artificially synthesise gemstone quality diamonds which, without the help of specialist equipment, cannot be distinguished from natural diamond. It goes without saying that this could cause headaches among the companies that trade in natural diamond! It is possible to turn any carbon based material into a diamond – including hair and even cremating remains! Yes – you can turn your dearly departed pet into a diamond to keep forever if you want to! Artificial diamonds are chemically and physical identical to the natural stones and come without the ethical baggage. However, psychologically their remains a barrier – if he really loves you he'd buy you real diamond – wouldn't he? 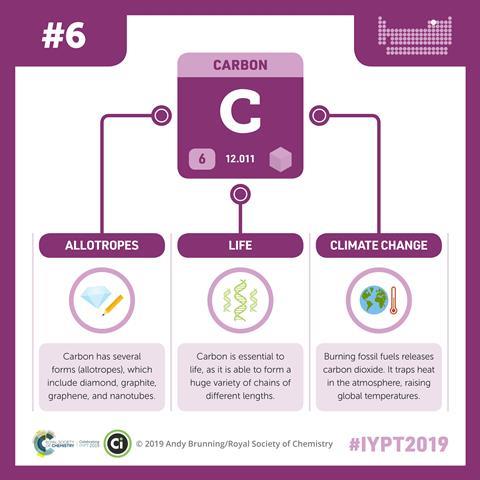 From the perspective of a chemist, materials scientist or engineer we soon run out of superlatives while describing the amazing physical, electronic and chemical properties of diamond. It is the hardest material known to man and more or less inert – able to withstand the strongest and most corrosive of acids. It has the highest thermal conductivity of any material, so is excellent at dissipating heat. That is why diamonds are always cold to the touch. Having a wide band gap, it is the text book example of an insulating material and for the same reason has amazing transparency and optical properties over the widest range of wavelengths of any solid material.

You can see then why diamond is exciting to scientists. Its hardness and inert nature suggest applications as protective coatings against abrasion, chemical corrosion and radiation damage. Its high thermal conductivity and electrical insulation cry out for uses in high powered electronics. Its optical properties are ideal for windows and lenses and its biocompatibility could be exploited in coatings for implants. 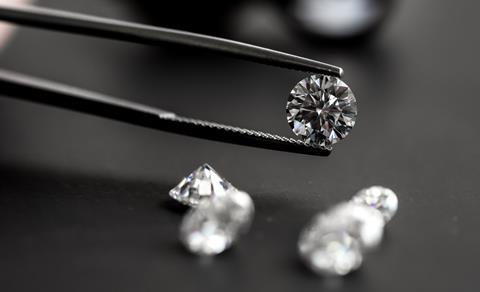 Diamond can be cut to form gemstones of high clarity

These properties have been known for centuries – so why then is the use of diamond not more widespread? The reason is that natural diamond and diamonds formed by high pressure high temperature synthesis are of limited size – usually a few millimeters at most, and can only be cut and shaped along specific crystal faces. This prevents the use of diamond in most of the suggested applications.

However, about 20 years ago scientists discovered a new way to synthesise diamond this time under low pressure, high temperature conditions, using chemical vapour deposition. If one were to consider the thermodynamic stability of carbon, we would find that at room temperature and pressure the most stable form of carbon is actually graphite, not diamond. Strictly speaking, from a purely energetic or thermodynamic point of view, diamond should spontaneously turn into graphite under ambient conditions! Clearly this doesn't happen and that is because the energy required to break the strong bonds in diamond and rearrange them to form graphite requires a large input of energy and so the whole process is so slow that on the scale of millennia the reaction does not take place.

It is this metastability of diamond that is exploited in chemical vapour deposition. A gas mixture of 99% hydrogen and 1% of methane is used and some activation source like a hot filament employed to produce highly reactive hydrogen and methyl radicals. The carbon-based molecules then deposit on a surface to form a coating or thin film of diamond. Actually both graphite and diamond are initially formed, but under these highly reactive conditions, the graphitic deposits are etched off the surface, leaving only the diamond. The films are polycrystalline, consisting of crystallites in the micron size range so lack the clarity and brilliance of gemstone diamond. While they may not be as pretty, these diamond films can be deposited on a range of surfaces of different size and shapes and so hugely increase the potential applications of diamond. Challenges still remain to understand the complex chemistry of the intercrystalline boundaries and surface chemistry of the films and to learn how best to exploit them. This material will be keeping chemists, materials scientists, physicists and engineers busy for many years to come. However, at present we can all agree that there is more to diamond than just a pretty face!

Katherine Holt extolling the virtues of the jewel in carbon's crown. Next week we're heading to the top of group one to hear the story of the metal that revolutionised the treatment of manic depression.

Its calming effect on the brain was first noted in 1949, by an Australian doctor, John Cade, of the Victoria Department of Mental Hygiene. He had injected guinea pigs with a 0.5% solution of lithium carbonate, and to his surprise these normally highly-strung animals became docile. Cade then gave his most mentally disturbed patient an injection of the same solution. The man responded so well that within days he was transferred to a normal hospital ward and was soon back at work.

And it's still used today although despite 50 years of medical progress we still don't know how it works. That was Matt Wilkinson who will be here with the story of lithium on next week's Chemistry in its Element, I do hope you can join us. I'm Chris Smith, thank you for listening and goodbye.