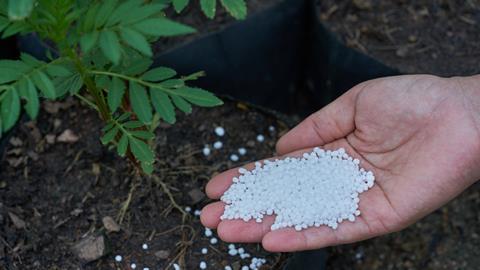 This week, the origins of biotechnology, with Lars Öhrström:

When we think of biotechnology, we think of shining stainless steel reactors, of men and women in white lab coats, of pipettes, syringes and computer-controlled processes in clean rooms. We do not normally think of shovels, dung, urine and rusty man-sized cauldrons. But such were the instruments and the reagents of the petermen, arguably the first government chemists. Modern chemists may be uncomfortable with the association, however, as the 1960 edition of the Encyclopaedia Britannica describes petermen as 'a rowdy and undesirable lot'. These disreputable but well organised bands of men wreaked havoc on 17th century farms, digging up barns and stables in a state-sanctioned search for their namesake, saltpetre; otherwise known as potassium nitrate. 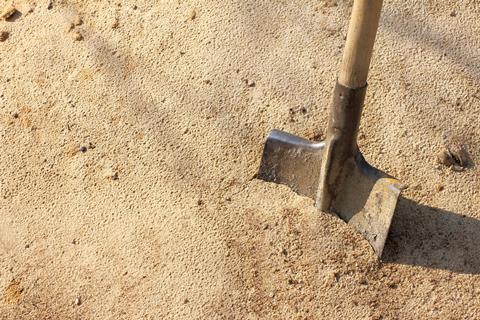 Deriving its name from the Greek sal for salt and petre for stone, saltpetre was the scarcest of the three essential ingredients of gunpowder, along with charcoal and sulphur. At a time when forests were abundant all over Europe, yielding the raw material for charcoal, and sulphur could be mined in most countries, saltpetre or nitrate of potash, could only be imported from Asia or southern Europe. With the rise in firearms, this dependence on foreign countries made most monarchs and governments uneasy, and obtaining domestic sources of potassium nitrate was a high priority.

What a surprise it must have been for these lords and generals to find this precious compound right under the feet of their peasants. As cows and horses urinate in stables and barns during winter, the soil gets loaded with urea, H2NCONH2, that slowly reacts with water to give ammonia, NH3, and carbon dioxide. After this, the biotechnology takes over, as tiny little organisms known as nitrification bacteria get to work on the ammonia molecules. In fact, they not only work on them, they live on them because their main source of energy is the reaction that transforms ammonia into nitric acid and water.

When it was discovered that you could dig out the topsoil in a barn, boil it with huge amounts of water and then add potash, or potassium carbonate, to get white crystals of potassium nitrate, government-controlled agencies and companies sprang up throughout Europe. With the only analytical instrument available being the tips of their tongues, this process no doubt required a great deal of skill and experience from the petermen. 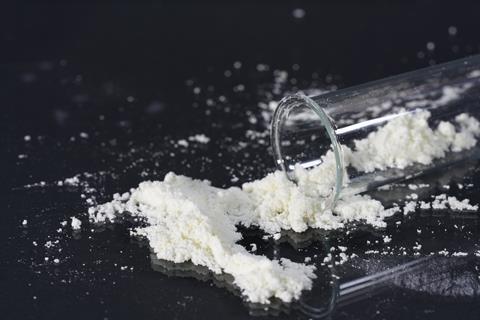 Although this was a lucrative business for the petermen, the farmers went uncompensated. So with little to gain from these travelling chemists, shrewd farmers would pave their barns to foil the petermen's eager shovels. This paving practice spread to such an extent, and the saltpetre was deemed so valuable, that sovereigns in both Sweden and England took measures to make it illegal. King Gustav Wasa of Sweden even declared the soil in all the barns of the country to be crown property.

The process was improved over the centuries but was finally replaced by cheap and abundant imports of Chilean saltpetre. Then, in the early years of the 20th century, a synthetic route emerged involving the combination of nitrogen gas from the air with hydrogen gas, to give ammonia, and further oxidation of ammonia to nitrate. These steps are better known as the Haber and Ostwald processes. 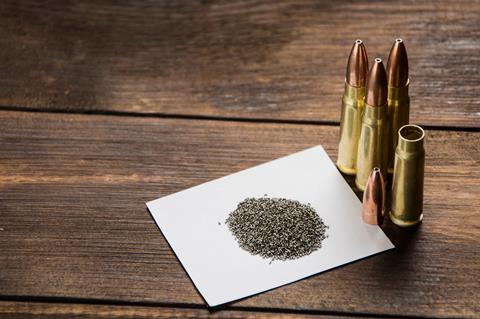 The role of potassium nitrate in gunpowder is that of an oxidant, a compound that reacts readily, and often violently, with combustible materials like cotton, coal or sulphur, but its major use today is as a fertiliser, as plants have great need for both nitrogen and potassium. You may also find it as E252 in preserved meats such as salamis, which has been a traditional use since the middle-ages, although today the salts sodium nitrate and sodium nitrite have mostly replaced potassium nitrate in this function. It is also rumoured that potassium nitrate acts as an anaphrodisiac and was added to the food of soldiers to lower their libido but this use seems to lack scientific ground.

Another use exploits the physical properties of the potassium nitrate crystals. In thermosolar power plants, a mixture of potassium nitrate and sodium nitrate is melted by concentrated solar rays. The excellent heat capacity of this very hot liquid makes it an ideal thermal storage medium to capture the sun's energy for use during the night.

Peterman is also a term used to describe safe breakers, and some believe this name is passed on from the 17th century petermen through their shared interest in explosives. However, modern explosives are mostly based on derivatives of nitric acid such as nitroglycerine or on the substitution product of toluene, better known as TNT, so the petermen of the 20th century were not working with the same product. It may actually be that these modern petermen take their name from Peterhead prison in Aberdeenshire, Scotland, where many of these professional criminals were ultimately housed.

Either way, the historic and crime-filled tale of saltpetre and its explosive uses is one to make sure this compound stays in our memories, if not our explosives. That was Lars Öhrström from the Chalmers tekniska h?gskola in Sweden, with the now fertilising chemistry of potassium nitrate. Now, next week: the compound providing a future of domestic bliss.

Titanium dioxide is a photocatalyst. When it absorbs UV light, the energy causes reactive free radicals to be produced. In sunscreen, these must be captured by a layer of silica or alumina around the titanium dioxide particles because the radicals are potentially harmful to humans. But being a photocatalyst is a big bonus for many other applications, where these radicals can be put to good use.

They can, for example, break down organic dirt on all manner of surfaces. A flow of water - such as the rain - then washes the remnants away: earning the materials the title 'self-cleaning'.

A well known example of this is Pilkington's Activ self-cleaning glass, widely used for windows and conservatories. Add to the list stay-clean kitchen and bathroom tiles and you can see that titanium dioxide is every lazy housewife's (or indeed househusband's) dream!

And to find out the chemistry enabling this cleansing property, as well as the numerous other applications of titanium dioxide, including in toothpaste and medicines, join Phil Robinson in next week's Chemistry in it's element. Until then, thank you for listening. I'm Meera Senthilingam.