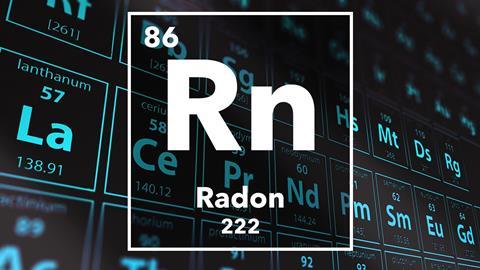 This week residents of Aberdeen, Edinburgh and Cornwall, watch out, radon's about.

When I bought my house recently I was intrigued by a comment in the surveyors report which stated 'higher than the actionable levels of radioactive radon gas have been found in up to 10% of dwellings in this area of the country and we recommend the property be tested for the levels of radon.' Well of course in the flurry of activity associated with moving I didn't think about this for some time but recently I started to read more about this mysterious radioactive gas which may be invading my property! 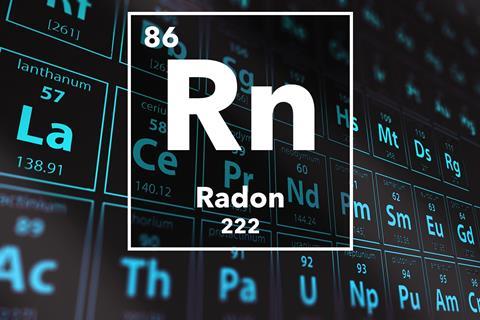 The first reports of problems associated with radon gas in domestic buildings was in the United States in 1984, when an employee at a nuclear power plant began setting off the radiation detector alarms on his way into work. The problem was eventually traced to his home, where the level of radon gas in his basement was found to be abnormally high. Radon emanates directly from the ground all over the world but especially in regions with high levels of granite or shale in the soil. uranium, a relatively common constituent of soils, decays to form radium, which in turn decays to produce radon. In fact for most UK residents, naturally occurring radon accounts for half of their annual radiation dosage. However it only really becomes problematic when high levels are produced in confined spaces, for example the ground floor of buildings without adequate ventilation. Some homes in Cornwall, where the ground has high granite content, were found to contain worrying levels of radon. However forced ventilation methods largely remove the problem.

Radon is the product of the decay of other unstable, radioactive elements such as radium, thorium and actinium. The colourless, odourless, tasteless gas can be isolated from these sources but soon decays as it has no stable isotopes. The early pioneers in the study of radioactivity, the Curies, had noted that radium appeared to make the surrounding air radioactive. The discovery of radon is credited to a German physicist Friedrich Ernst Dorn, who traced this observed radioactivity to a gas which was given off by radium – a gas which he called 'radium emanation'. Similar 'emanations' were isolated from other elements – for example thorium, and eventually the gas was identified as the heaviest of the noble gases, named radon, and given its rightful place in the periodic table.

Not much research has been carried out on radon, due to its radioactivity, but it is largely un-reactive with few known compounds. Like the other noble gases it has been found to form compounds with fluorine. It is the densest known gas, another reason why it tends to linger in low-lying confined spaces. Below its boiling point it forms a colourless liquid and then at lower temperatures an orange-red solid which glows eerily due to the intense radiation it produces. 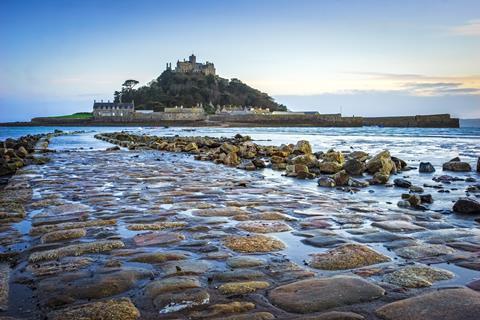 Cornwall is one of the UK's designated radon affected areas

Radon has a fairly short half-life of only a few days so rapidly decays. Why then should we worry about radon levels in our homes? The problem is, when breathed in, it can decay to form other, longer-lasting, solid radioactive species, which can coat the lungs, leading to continual exposure. These so-called 'radon daughters' include polonium-214, polonium-218 and lead-214 – not family members you'd wish to spend a lot of time with. Prolonged radon exposure is believed to be the second most frequent cause of lung cancer after smoking. The unfortunate gentleman with the basement full of radon had a risk of consequentially developing lung cancer equivalent to smoking 135 packs of cigarettes every day!

So now that I'm comfortable in my freshly decorated new home, all that remains for me to do is to check that my surroundings are as safe as they look. Fortunately that's easily done these days with radon test kits which you can order online. You place them in the corner of a room for three months and forget about them and then send them away to be analysed. OK, so it costs £30 or so – but that's a small price to pay for peace of mind.

But maybe don't take a deep breath before you open the results from the lab, just in case. That was UCL chemist Katherine Holt, with the story of the radio active resident in your basement. Next week from a chemical that kills silently and slowly to an albeit more fearsome beast.

The 37-year old technician spilled only a few hundred millilitres or so in his lap during a routine palaeontology experiment. He took the normal precaution in such situations, quickly dowsing himself with water from a laboratory hose, and even plunged into a nearby swimming pool while the paramedics were en route. But a week later, doctors removed a leg, and a week after that, he was dead. The culprit: hydrofluoric acid (colloquially known as HF), and the unfortunate man was not its first victim.

But what killed him, and what about the people who first isolated HF, unaware of its terrible reputation? Well you can find out what happened to them from Kira Weissman on next week's Chemistry in its element. I'm Chris Smith, thank you for listening and goodbye.