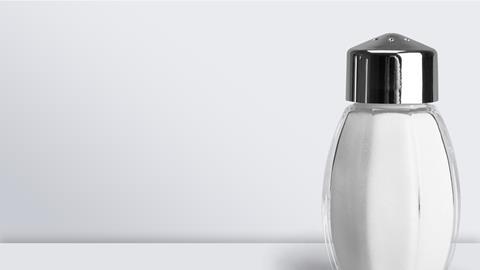 Brian Clegg highlights the many uses of this salty compound

This week, a compound that dominates our conversational as well as culinary world. Here's Brian Clegg:

You may be salt of the earth, or turned into a pillar of salt. You may be important enough to sit above the salt, or sadistic enough to rub salt into someone's wounds - perhaps the person you are attacking is an old sea salt. You may be worth your salt, or be trying to salt away a fortune. There are few compounds that crop up as frequently in phrases and sayings as common salt. It's impossible to ignore this simple ionic compound of sodium and chlorine, reflecting the significance of salt in the diet.

A colourless, white crystalline solid at room temperature (you have to get sodium chloride up to over 800 degrees Celsius to melt it), it's unlikely there is a household in the world that doesn't have a pinch of salt somewhere around. The crystals of salt - obviously cubic to the eye - form a face-centred lattice, a structure where there are atoms both at the vertices of a cube and in the centres of the faces of the three-dimensional shape. 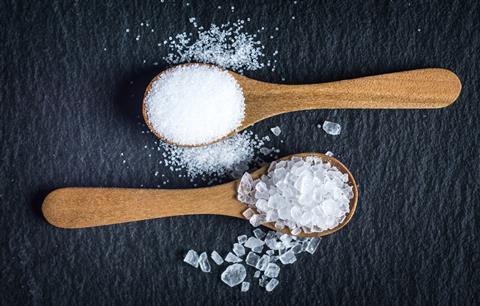 Animals need salt in small quantities, functioning as an electrolyte to regulate the balance of fluid in the body, which means that it's pretty well impossible to pin down a historical point when the substance was discovered, though it is clear that it has been actively produced (rather than merely using a salt lick or consuming salt in animal blood) for at least 5000 years, and may have been manufactured 8000 years ago.

Unfortunately, salt is also dangerous in larger quantities, with a risk of producing high blood pressure. Because salt brings out flavour it is often employed in excessive amounts in processed food, making it easy to exceed the recommended maximum of four grams a day. Salty is one of the five recognized components of the taste spectrum, along with sweet, sour, bitter and savoury (or umami) - though the old idea that there are specific regions of the tongue at either side near the front that specifically respond to saltiness is a myth.

This importance of salt in the diet is reflected in our word 'salary'. Although it's not true, as often stated, that Roman soldiers were paid in salt, the money they were paid to purchase salt (salt, being 'sal' in Latin), was their salarium, the word from which 'salary' originates.

The significance of the chemical also crops up in the idea of a common person being 'beneath the salt', reflecting the importance of the position of the salt cellar in a medieval dining hall. It was possibly also in this environment that the superstition arose of throwing a pinch of spilled salt over the left shoulder to keep the devil at bay - at a time when salt was still very expensive, spilling it would have augured bad luck. 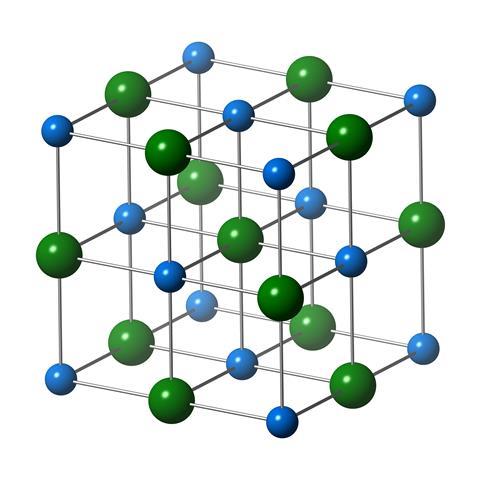 Like many chemical compounds, salt was a familiar substance to the alchemists long before anyone knew exactly what it was. Alchemy originally recognized the four elements earth, air, fire and water - first proposed by the Ancient Greek philosopher Empedocles, but these were soon joined by three 'principles', one of which was salt. Exactly what this represented varies between interpreters - anything for crystallization and contraction to the human body or being fixed and unchanging.

The actual discovery that salt was sodium chloride was a process started by French physician Henri-Louis Duhamel de Monceau, who discovered sodium carbonate and hydrochloric acid produced a solution with a salty taste in 1736, and the process was finished by Humphrey Davy in 1807, who found that the "muriate of soda" produced by burning sodium in a vessel full of chlorine was chemically identical to salt.

Although it's simple enough to produce sodium chloride from its constituent elements, it is much cheaper to produce salt by mining in the mineral form known as halite or from sea water by evaporation. In practice, as chlorine is usually produced from sodium chloride, with 21 million tonnes of salt being used this way annually, there's little point in manufacturing the compound from its basic elements.

Most of us, if asked to describe the taste of sea water would call it salty, but the implication that sea water contains sodium chloride is misleading. In solution in the sea are sodium ions from dissolved rock material like silicates and carbonates, and chloride ions, mainly originating in underwater volcanoes and vents. As sea water is evaporated and the ionic concentration increases, it reaches a point where the ions precipitate out as sodium chloride, but up to then they were part of mix of ions rather than a true substance.

The industrial uses of salt go far beyond the culinary - in fact table salt accounts for just 4 per cent of our usage. It has long been employed to preserve food, absorbing water to dessicate the material, and features in industrial process from production of plastics to dyeing and the manufacture of detergents. 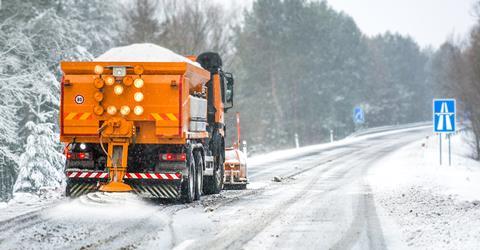 These days, if we spread salt on the land, it's most likely to be scattered as grit to prevent ice forming on roads, as a salt solution has a lower freezing point than water. Remarkably, around half the salt produced is now used on the roads. Historically, though, spreading salt - specifically salting the earth - is often thought to be a method used in ancient times to make land unsuitable for cultivation by an opposing faction in a war. This seems to have emerged as an idea from the practice of sprinkling salt in destroyed cities in the Middle East and Near East to purify them.

Some of the stories of sodium chloride's use and misuse need to. well, be taken with a pinch of salt. After thousands of years, salt remains the only mineral you are as likely to find on the kitchen shelves as in an industrial process. Too much salt may wreck a meal, but we all find that life tastes much better thanks to this ubiquitous compound.

So industry, superstition and warfare - as well as simply sprinkling it onto our meals. This compound certainly does get around. That was Brian Clegg, with the chemistry and multiple uses of salt. Now, next week, a compound that's retreival created one of the stranger jobs of the twentieth century.

One of the less savoury ways to make your living in 1930s Canada was as a collector of pregnant horses' urine. In those days, you could earn a crust by standing next to mare and waiting for it to empty its bladder. Of course, it took a certain kind of person to do this job, and not just because of the obvious social stigma attached to it - you also had to be nimble on your feet. As Gordon Stevenson noted in a Canadian medical journal in 1945, 'To do this job well requires a very active, agile individual, as many mares give little or no indication that they are about to urinate.'

So, as you might imagine, it wasn't easy for a farmer to find a good horse urine collector. But those who did reaped the benefits. Around the time Stevenson published his article, millions of dollars were being paid to farmers in Quebec and Western Ontario for their equine fluids. Why? Because these fluids contained a precious commodity: oestrogen.

And to find out the uses of this precious commodity, that made this unusual job so lucrative, join Hayley Birch in next week's Chemistry in its element. Until then, thank you for listening. I'm Meera Senthilingam.