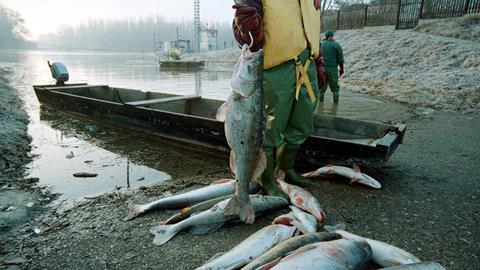 This week marks the 20th anniversary of the Baia Mare disaster, when toxic sodium cyanide spilled from a gold processing plant led to ecological damage on a huge scale. Mike Freemantle tells the tragic tale and explores the poison’s place in precious metal processing.

This week, Mike Freemantle looks back to a fateful night 20 years ago.

Late in the evening of Sunday 30th January 2000, a break occurred in a dam near the city of Baia Mare in northwest Romania. The dam held back solid and liquid waste, known as tailings, left over from gold and silver mining activities in the area. A number of factors contributed to the breach, not least heavy snow and a quick thaw that caused a rapid uncontrolled rise in the water level. The dam overflowed washing away a 25 metre stretch of the dam wall.

‘The result was a spill of about 100,000 cubic metres of liquid and suspended waste containing about 50 to 100 tonnes of cyanide, as well as copper and other heavy metals,’ said a United Nations report published a couple of months later.

The contaminated water flooded into streams that feed into rivers such as the Tisza that flows through Hungary. Hungarian authorities estimated that 1,240 tonnes of dead fish washed up along the river. The poisoning of the Tisza was considered by some observers to be the worst environmental disaster in Europe since the Chernobyl nuclear accident in April 1986. 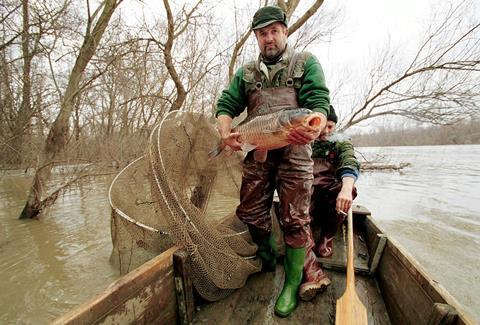 Hungarian fisherman Sandor Pocs holds up a cyanide poisined fish on the Tisza River in Abadszalok, Hungary February 16, 2000. His fishing partner Dezso Lonart sits behind him. The river was devastated when 100 tons of cyanide contaminated water poured out of a Romanian gold mine, killing all of the life along a 250 mile long span of the river. 19 species of protected fish lived in the Tisza.

So why was highly toxic cyanide present in the tailings? The answer is gold cyanidation. This process employs sodium cyanide, or sometimes potassium cyanide, to recover gold from low-grade ores. The precious metal dissolves in an aqueous solution of sodium cyanide in the presence of oxygen to form a soluble sodium gold complex. Addition of zinc dust to the solution precipitates the gold out of the complex leaving a sodium zinc cyanide complex and pure gold, which is then processed into an ingot. 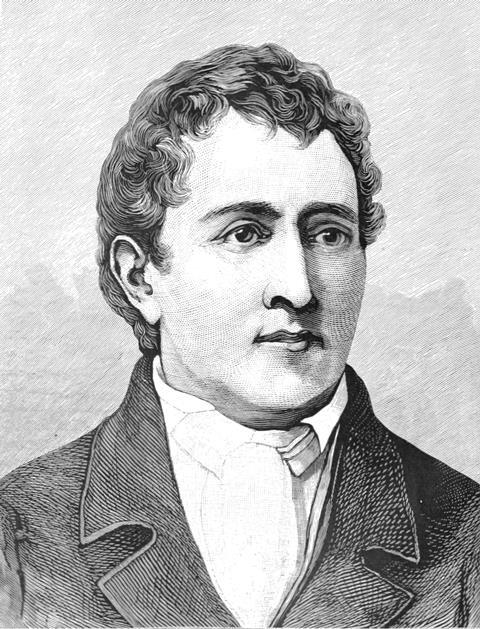 Gold cyanidation dates back to 1783 when self-taught Swedish chemist Carl Wilhelm Scheele showed that metallic gold dissolved in a solution of potassium cyanide in water.

The use of the process on an industrial scale began in the 19th century following the discovery of surface deposits of gold-bearing rocks in an area of South Africa known as Witwatersrand, or simply the Rand. The discovery sparked the Witwatersrand Gold Rush in 1886. The gold was initially extracted by milling the mined ore and mixing the crushed material with mercury. The resulting gold-mercury amalgam was separated from the mixture and the mercury removed by heating and evaporation. Gold mining flourished and the price of mining shares soared.

Then, in 1890, disaster struck. The rich surface deposits were becoming exhausted. The ore encountered deeper in the mines, known as pyritic ore, contained iron and other metal sulfides. Recovery of the precious metal from this lower-grade ore by the amalgamation process was technically difficult. Yields dropped dramatically and gold mining suddenly became uneconomic. The price of gold shares collapsed, mines closed down, and mining companies crashed. Vast dumps of tailings began to accumulate.

Three Scottish chemists then came to the rescue. In August 1888, John Stewart MacArthur and brothers William and Robert Forrest were granted a patent for the cyanidation process for obtaining gold and silver from ores. In 1890 MacArthur travelled to the Rand and demonstrated the process to mine owners, metallurgists and engineers. He showed that it could be used to extract gold efficiently and profitably from pyritic ore and tailings.

‘The news that the cyanide process could not only deal with the pyritic ore but also extract “lost gold” in the dumps was all that was required to restore confidence in the Rand and start another immense boom in shares,’ observed South African author Paddy Cartwright in his book The Gold Miners, published in 1962. 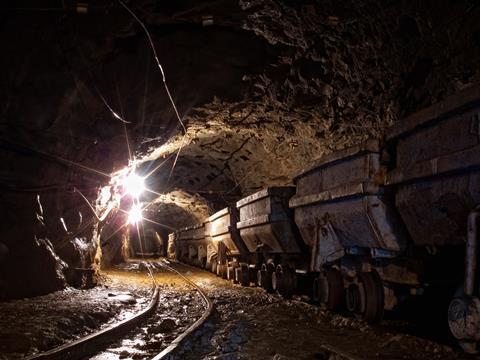 The MacArthur-Forrest cyanidation process is still used today for extracting gold and silver from low-grade ore and tailings, albeit with minor modifications. Since the Baia Mare dam failure, a number of other cyanide spills have occurred. On 11th March 2018, some 200 litres of cyanide-containing effluent leaked from a pipe at the San Dimas silver and gold mine in Mexico. The liquid drained into a local river killing numerous fish. The incident was attributed to a faulty valve or the failure of an employee to close it.

The Baia Mare spill led to the establishment in 2002 of the International Management Code For The Manufacture, Transport and Use of Cyanide in The Production of Gold. Most gold mining companies, cyanide producers and shippers have now signed the code. So, hopefully, we will not see another cyanide spill.

That was Mike Freemantle with sodium cyanide, and the devastating Baia Mare spill. Next week, Georgia Mills returns.

Georgia brings hydroquinone to the podcast next time. Until then, please get in touch with any questions, comments or compounds to cover. You can email chemistryworld@rsc.org or tweet @chemistryworld. And you’ll find all of our previous podcasts – that’s our complete collection of compounds as well as all the elements and our monthly book club – on our website at chemistryworld.com/podcasts. I’m Ben Valsler, thanks for listening.

Additional music: Retreat, Walkabout and Right as rain by Chelsea McGough, via Soundstripe