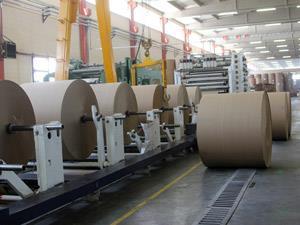 Brian Clegg on sodium sulfate, known as ‘the miraculous salt’ because of its strong laxative effects.

This week Brian Clegg is bidding to highlight the chemistry of sodium sulfate.

If you were to consider all the possible ionic compounds that could be given the nickname ‘the miraculous salt’, or sal mirabalis, there would inevitably be a range of contenders. Perhaps good old sodium chloride, because of its ability to improve the taste of food, or perhaps copper sulfate because of its stunning blue colour in crystal form. But what might not spring to mind immediately is sodium sulfate, apparently so named because it made a good laxative. Also known as Glauber’s salt, after its discoverer, Johann Glauber, sodium sulfate is a simple inorganic compound with the formula Na2SO4.

Glauber’s discovery of sodium sulfate in mineral spring water in the mid seventeenth century came at a time when medicine still focussed largely on achieving the balance of four imaginary ‘humours’: blood, phlegm, yellow bile and black bile. Illness was considered to be the result of the humours getting out of balance, so the unfortunate patient was typically treated to bloodletting, an emetic to produce vomiting, or a laxative to ‘purge’ the body of the unbalanced substances. When sodium sulfate proved to be a relatively harmless, yet dramatically effective laxative, it was welcomed into the medical armoury. 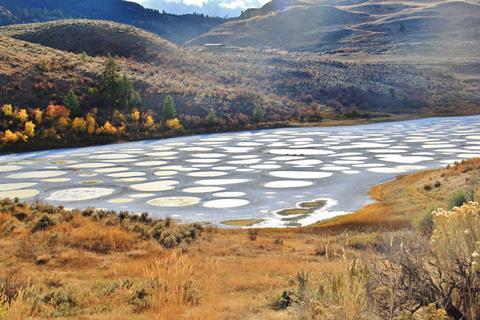 The spring water no doubt picked up its sodium sulfate from a relatively common mineral with the related name mirabilite, which is pretty much a pure hydrous version of the compound with ten water molecules to each of sodium sulfate. The source for this material is sodium ions, released from the erosion of igneous rocks, reacting in water with sulfur deposits. For some time in the nineteenth century, sodium sulfate was manufactured from sodium chloride and sulfuric acid in the Leblanc process, as an intermediary to meet a rising demand for sodium carbonate, until the manufacture was wiped out by the superior Solvay process. Now we have returned to mirabilite as the primary source, which is easily converted to anhydrous sodium sulfate (also known as the evil sounding thenardite), as the hydrated form is unstable in a dry atmosphere.

Most of us will have used a product containing sodium sulfate, though oddly it is present in a role that has no practical function. Powdered detergents for washing clothes usually contain sodium sulfate simply to bulk up the product, making detergent manufacturers the biggest users of the compound. It does nothing for the wash, but as a very cheap, pH neutral substance that readily dissolves in warm water, it simply passes through the system, making the product less costly to produce per unit weight. There isn’t as much of it around as there used to be, though, as powder has declined in popularity and there is no need for filler in liquids and gels. Our compound is sometimes confused with sodium lauryl sulfate (also known as sodium dodecyl sulfate) and sodium laureth sulfate which are surfactants used in a range of cleaning products from detergents to toothpastes, but both these compounds are quite complex organic structures which aren’t produced from basic sodium sulfate.

Our sulfate also turns up as a fining agent – not in the more familiar environment of wine or beer fining, but in making glass. In the alcoholic drinks, the fining agent’s role is to extract organic substances that make the liquid cloudy, where in glass it picks up scum and prevents small bubbles from forming. But perhaps the most interesting application of sodium sulfate is in the rapidly advancing world of solar energy heat storage.

As solar thermal power plants, which concentrate incoming light with mirrors to store energy in the form of heat, become more common, there is a need to hold onto that heat before using it. Sodium sulfate takes a high amount of energy to change from solid to liquid and goes through a second phase change at around 32 degrees Celsius when it changes to the anhydrous form, which means that it can store considerably more heat energy than would be expected for any particular mass. Although it isn’t appropriate for the high temperature systems that store heat directly from solar collectors, it has the potential to be valuable in secondary solar facilities, for instance where the heated material gradually releases the heat to warm a building.

Like many of the simple substances discovered in the early days of chemistry, sodium sulfate has gone through a range of uses since it took its place on the medical stage as the laxative Glauber’s salt. And though these applications continue to change – as, for instance, our use of powdered detergent for laundry declines – it seems likely that we will always have a use for this inoffensive inorganic compound.

Science writer Brian Clegg with the salty chemistry of sodium sulfate. Next week, a compound alleviating the burdens of life.

‘If life hands you lemons, make lemonade.’ So goes the saying, but you might, instead, make citric acid.

Find out its uses in next week’s Chemistry in its Element. Until then, thank you for listening, I’m Meera Senthilingam.