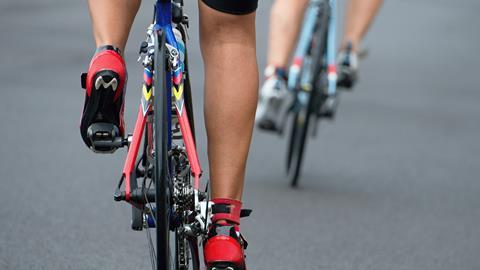 Concluding our pair of podcasts on a recent cycling scandal, Ben Valsler looks at the corticosteroid triamcinolone, and the abuse potential of therapeutic use exemptions in professional sports

We conclude our two-part special Chemistry in its element with another compound that has courted controversy in cycling circles – triamcinolone.

Last week, we looked at acetylcysteine, the decongestant medicine which was claimed to be in the infamous Jiffy bag delivered to Bradley Wiggins at a French road race in 2011. But in 2016, a leak of data from the World Anti-Doping Agency (Wada) by a Russian hacker group calling themselves Fancy Bear cast some doubt on that claim. In September 2016, UK Anti-Doping, part of the UK government’s Department for Digital, Culture, Media and Sport started an investigation into claims that the Jiffy bag actually contained triamcinolone, a drug banned from use by athletes during competition. You can read all the details of the investigation in the Combatting doping in sport report, published in February 2018 by a House of Commons select committee. 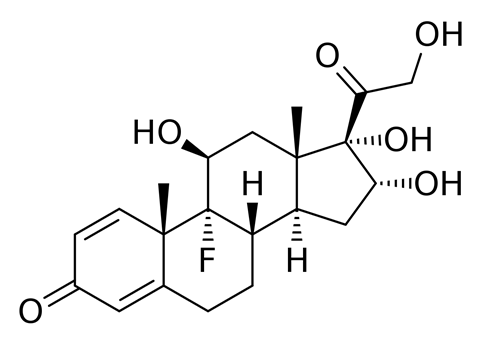 Considering its significant role in this scandal and wide variety of medicinal uses, triamcinolone is a relatively simple organic compound. It’s formula is C21H27FO6, making it a hydrofluorocarbon – a category of compounds perhaps best known for replacing chlorofluorocarbons (CFCs) when their role in the destruction of the ozone layer was discovered.

The main use of triamcinolone is in regulating the immune system – it’s a type of steroid known as a synthetic glucocorticoid. The language here can get confusing. When we talk about an athlete using steroids, it’s easy to think we mean something like testosterone, an anabolic steroid that promotes muscle growth. Corticosteroids, the overarching class that includes triamcinolone, work in a different way and have very different effects on the body. 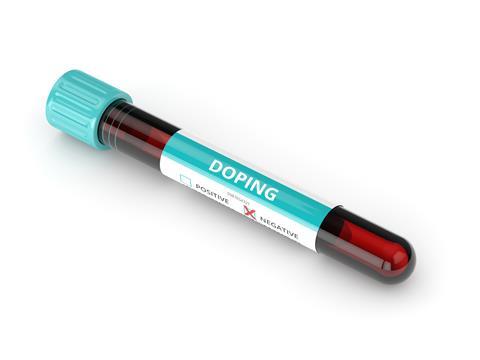 Triamcinolone is a glucocorticoid receptor agonist. It binds to a type of receptor found in almost every cell in the body and can regulate the expression of genes that deal with immune response. Specifically, it reduces the production of inflammatory compounds like prostaglandins, slows white blood cell proliferation and even kick-starts apoptosis in existing white blood cells, causing them to break down. This means it mediates the immune reaction, dampening down the symptoms of allergies or autoimmune conditions like eczema or lupus.

Professional athletes suffer from these conditions just as much as normal folk (more so, in fact – around 20% of British Olympians suffer from asthma, compared to an average of about 8% in the UK population) and so there is a system designed to allow medical use of otherwise banned substances – the therapeutic use exemption, or TUE.

Some big names in sport, including Richard McLaren – who investigated Russian doping for Wada – and four-time Olympic gold winner Sebastian Coe have expressed concerns that TUEs are ripe for exploitation. Retired British professional cyclist and reformed ex- user of performance enhancing drugs David Millar, writing in the New York Times, explained that ‘some of the medical conditions used to justify a TUE can be difficult to validate; and as I discovered, an unscrupulous rider and doctor could exaggerate or simply make up symptoms that would merit a prescription and exemption’.

But why would such a useful medicine be banned by Wada in the first place? There are some clues in the combatting doping report. The select committee scoured published reports and interviewed athletes and medics to find out more about the potential for abuse. Millar, in the same article, explained that it helps to delay fatigue, reduce recovery time and to drop weight quickly without losing power – a key ingredient in gruelling races like the Tour de France. 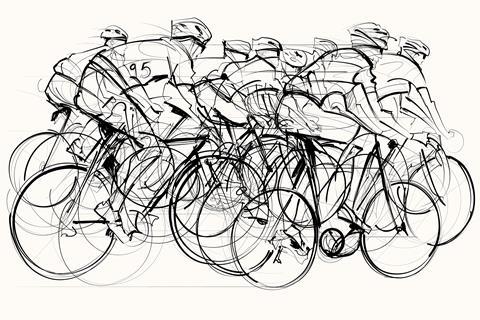 Bradley Wiggins was granted a TUE for triamcinolone to treat asthma in 2011, and again in 2012 and 2013. This was requested by Team Sky’s doctor, Richard Freeman, and approved by Mario Zorzoli at Wada. Unfortunately, medical records and other details were stored without backups on Freeman’s laptop, which was stolen in 2014, so the exact reasoning for requesting a powerful corticosteroid to treat asthma has been lost.

Exactly what happened and when is still unclear, but it’s important to note that the report concluded that Team Sky’s actions did ‘not constitute a violation of the WADA code’ but that they did cross an ‘ethical line’. The select committee concludes that WADA should introduce a ‘complete ban’ on the use of corticosteroids, including triamcinolone.

Next week, we’re joined again by Kat Arney, with a compound created from a catchphrase…

But you’d have to be a hardcore chemistry fan to sit in front of your TV and wonder if you could actually make that compound in real life. Yet that’s exactly what Iowa State University graduate student Na Hyun Jo did.

Find out how BaZnGa was born next week. Until then, we’re always happy to hear from you – email chemistryworld@rsc.org or tweet @chemistryworld. I’m Ben Valsler, thank you for listening.