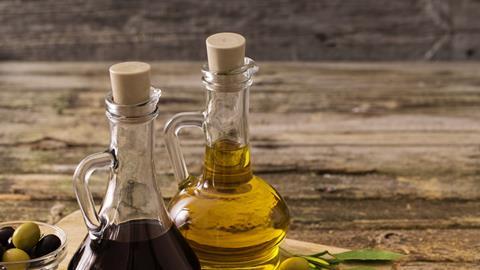 From cooking to cleaning, Brian Clegg explores a simple but versatile compound

This week, we head into the kitchen and rediscover a simple compound with many uses. Cooking up its chemistry, it's Brian Clegg

Whether your kitchen cupboard is graced with the most elegant wine vinegar or cheap and cheerful malt, the chances are that somewhere in the house you will have a bottle.

At the heart of even the most fancy variants is a simple enough compound: acetic acid. Officially called ethanoic acid, with the formula CH3CO2H, the acid is the result of oxidising ethanol, the alcohol in intoxicating drinks. Leave a bottle of wine exposed to the atmosphere and within a few days it will have taken on a sharp-sour taste as more and more of the alcohol is turned to this weak acid by acetic acid bacteria. These species are common in the air and come in a range of genera from Acetobacter to Acidiphilium, but all with the distinct urge to oxidise ethanol to gain energy. 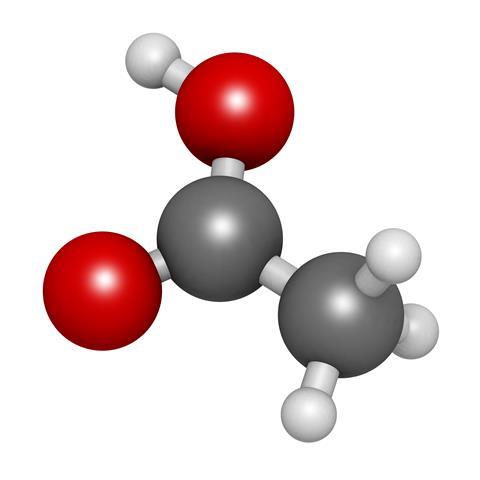 A molecule of ethanoic acid

Pure acetic acid is a clear liquid which in the lab is usually called 'glacial', a term that refers to its tendency to produce crystals that resemble ice at a low room temperature. In its familiar domestic form, vinegar is typically only around five per cent acetic acid by volume with most of the rest water, plus traces of other compounds. Vinegar can be as clear as the original acid, but often has colourings from its source (the wine, for example, in wine vinegar) or caramel to produce the brown coloured liquids popular as condiments in some countries.

In the chemical sense acetic is a weak acid, meaning that many of its molecules do not release their hydrogen into solution, although in the concentrated form it is surprisingly corrosive and will damage skin. For industrial use, acetic acid was originally derived from vinegars, but since the early twentieth century it has largely been produced from wood or, most recently, by reacting methanol and carbon monoxide over a catalyst.

Most of the acetic acid produced this way is not destined for our vinegar bottles, which retain the old 'fermentation' methods from alcoholic drinks, but rather as a raw material in the production of three broad types of compound. The largest proportion goes to the manufacture of vinyl acetate monomer, itself a starting point for the polymer polyvinyl acetate or PVA, familiar to many people through its wide use as a glue. Another significant chunk of the over 6 million tonnes produced each year is used to form acetic anhydride, a step in the production of cellulose acetate, used in coatings and photographic films. Much of the rest will either act as a solvent or be used in the production of esters for inks and paints. 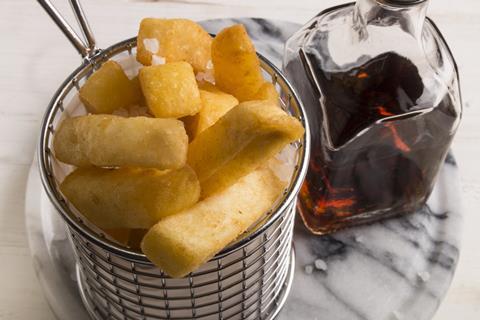 In its vinegar form, acetic acid makes its way into all areas of catering. Vinegar's partnering with salt when associated with chips is legendary in the UK at least, in some parts of which it is also an essential additive to mushy peas, modifying the gluey pea juice to a more palatable and zesty mix. By extension, vinegar makes its way into flavouring for crisps (or potato chips) and is a major component of bottled sauces.

You are also likely to find vinegar in your store cupboard acting as a preservative. While brine can be used in pickling, the most popular approach for picking vegetables is to use vinegar, which ironically, given its bacterial origins, has the role of killing bacteria to preserve otherwise perishable food. Most familiar in the UK are onions and gherkins (picked baby cucumbers), while the ubiquitous American 'pickle' is a larger cucumber, but pretty well any vegetable can be preserved this way. Even foodstuffs like hardboiled eggs find their way into pickling, usually in a hybrid mix of brine and vinegar. 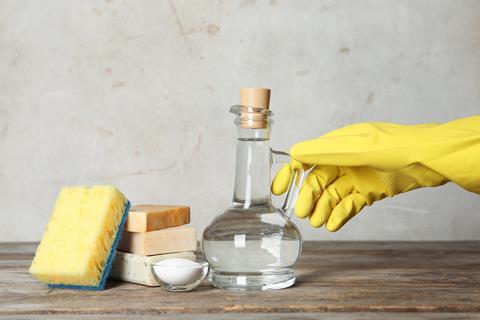 This tart liquid has also found its way onto the medicine shelves in a range of traditional cures and treatments, perhaps on the basis that anything that is shocking to the taste buds should be good for taking on disease. It was originally used widely to treat infections and is still used to reduce the pain of jellyfish stings. Like many traditional remedies, there seems to be some basis for a number of medicinal claims, but most have not been researched enough to be sure if the use is safe and effective. For those who are encouraged by the term 'natural' on a household product, vinegar can also be a useful cleaner to remove grease and mineral deposits and to de-rust iron. 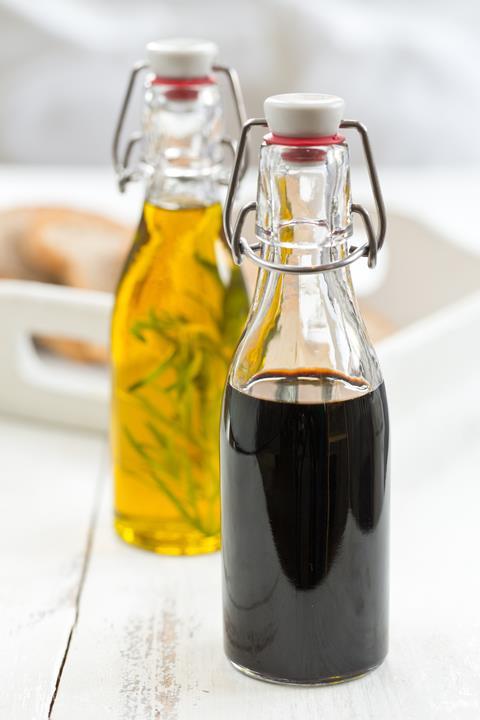 In British fish and chip shops you will often find a bottle mysteriously labelled 'non-brewed condiment.' This is legal-speak for an artificial vinegar, produced by mixing acetic acid (E260 for E-number fans) with water, caramel and flavourings, though many fish and chip aficionados prefer the traditional malt vinegar, which is produced from beer made from malted barley that has been subjected to acetic acid bacteria. Beyond that, all kinds of sophisticated variants now grace our tables: there's red or white wine vinegar, cider vinegar, sherry vinegar and rice vinegar. And, of course, the queen of the salad dressing sharpeners, balsamic vinegar, based on concentrated grape juice.

To call someone 'vinegary' is to suggest that they are sour of expression, disapproving and petty. But as an addition to our culinary life, vinegar brings a sharp clarity that nothing else can match.

So maybe it could even be a compliment. That was science writer Brian Clegg with the culinary and cleaning chemistry of vinegar. Next week, things get a bit mucky:

Up in the North of England, they say "Where there's muck, there's brass"; in other words, there's money to be made from getting your hands dirty. The tetracycline family of drugs was discovered by people who did just that - not least a pensioned-off university professor.

And discover this tale of discovery and the medicinal uses of tetracycline by joining Simon Cotton in next week's Chemistry in its element. Until then, thank you for listening, I'm Meera Senthilingam