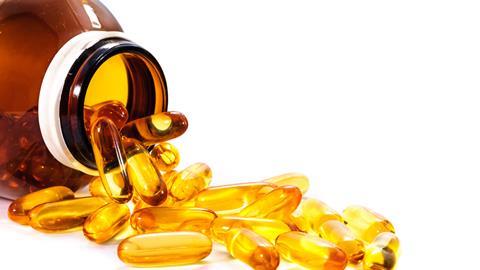 This week, a compound crucial for human health. Shining light on this - and ideally sunlight - is David Lindsay:

Nowadays, rickets is a relatively uncommon disease, but in 18th century Britain it affected huge numbers of children. Rickets was feared not just because of the symptoms - mainly muscle pain and a softening of the bones - but also because no-one knew what caused the disease. Although first described in ancient times by Chinese, Greek and Roman physicians, little was known about rickets until it became prevalent in Britain in the early 1700s and scientists began to investigate its causes. They noticed rickets was common in industrial areas such as Glasgow and the midlands of England, and various causes were attributed to the disease, including a poor diet, polluted air and a cold, wet climate.

A breakthrough came in the 1880s, when a doctor in the north of England, Theobald Palm, suggested that rickets was caused by a lack of sunlight. This proposal was confirmed in 1921 in experiments conducted by two American researchers, Elmer McCollum and Marguerite Davis. They found that they could increase bone growth in rats by exposing them to ultraviolet light, and by giving them doses of cod liver oil. McCollum proposed that the cod liver oil contained a so-called 'accessory food factor' - or what we now term as vitamins. He named this new substance vitamin D, following on from the recently-discovered vitamins A, B and C. 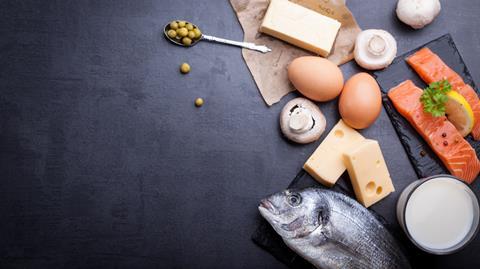 Following McCollum's vitamin D proposal, chemists turned their attention to isolating the vitamin from vitamin D-rich foods, such as butter, oily fish and eggs, with the goal of determining its molecular structure. This work was complicated by the fact that vitamin D was only present in foods in very small quantities. Nonetheless, in the late 1920s, the work of Ian Heilbron, of the University of Liverpool, and Adolf Windaus, of the University of Goettingen, contributed to the structural elucidation of vitamin D.

It turns out that vitamin D is actually a family of five different steroidal compounds, which are named vitamin D1 through to D5. In our bodies, the most common of these are vitamins D2 and D3. Our bodies actually produce vitamin D3 naturally: the precursor to vitamin D3 is produced in our skin and converts to vitamin D3 on exposure to sunlight.

This effect of ultraviolet light was also discovered in the 1920s by a biochemist at the University of Wisconsin, named Harry Steenbock. He showed that irradiation of many foodstuffs increased their vitamin D content, and he took out a patent on this method of enriching the vitamin D content of food. The irradiation of milk, amongst other foods, was used to boost the vitamin D intake of the American population, and Steenbock's invention helped to virtually eradicate rickets in the United States by the mid 1940s.

Thanks to the efforts of Heilbronn, Windaus and many other scientists, we now have a good understanding of vitamin D's function in the body, and why a supply of vitamin D, calcium and sunlight are all vital to maintain good health and avoid rickets. Vitamin D helps the body absorb calcium from the gut, and so it is vital in developing strong, healthy bones. Once vitamin D makes its way to the liver, it is converted into a compound called calcidiol, which is in turn converted to the active form of vitamin D, called calcitriol. Once calcitriol reaches the kidneys it is released into circulation where it makes its way round the body to activate proteins involved in calcium absorption in the intestine. 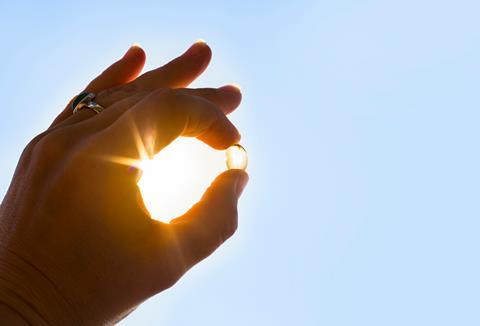 The vitamin D we obtain directly from food is inactive as a calcium transporter and it is only by exposure to sunlight that the inactive form is converted to the active form in our skin cells. Indeed, the recent appearance of a few cases of rickets in the developed world has been attributed to the use of sunblock.

Given its beneficial role in our bone health, it's unsurprising that there have been many studies into the effect of vitamin D on other aspects of our health. Indeed, there is strong evidence to suggest that vitamin D is linked to good general health via the immune system, and that appropriate intake of vitamin D reduces all-cause mortality in adults. Some very recent studies show that there may be a benefit in taking vitamin D supplements in some cases. For example, improved muscle strength and balance in adults over 60 has been observed. Another recent study showed that deficiency of a vitamin D derivative might be linked to obesity and type 2 diabetes in children.

So if you want stronger bones or a better immune system, get out there and catch some sunshine if you can. It'll do wonders for your vitamin D production.

A week on the beach it is, then. That was Glasgow University's David Lindsay, revealing the bony benefits of vitamin D. Now, next week, another vitain crucial to our health - but one that also played a big part in our history.

Mention vitamin C, and I start thinking about sailing ships. Without this little sugar molecule, the great feats of British naval endeavour, of discovery and victory, would have been next to impossible. If it had not been for vitamin C, the Royal Navy of the age of Nelson would not have been able to carry out long blockades of ports such as Cadiz and Toulon, or win the great sea battles like Trafalgar. And voyages to the corners of the globe would have carried an enormous cost, their ships' crews falling victim to the ravages of scurvy.

Meera Senthilingam
And to find out the symptoms of scurvy - and how vitamin C can fight these - join Simon Cotton in next week's Chemistry in its element. Until then, thank you for listening. I'm Meera Senthilingam.