AstraZeneca puts academia at the heart of pharma

At the heart of chemical biology are the molecules that make medicines effective and safe for consumers. AstraZeneca harnesses the scientists at the heart of academia to create a healthier world

Beyond pharmaceutical circles, it may be little known that chemists often synthesise several thousands of molecules before an acceptable drug candidate emerges. It is one reason why finding new drugs takes a long time and is so challenging.

This step in drug development precedes the costly trials that must happen before a medicine makes it to market. 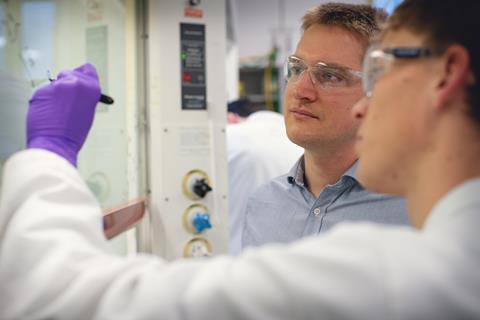 This is why savvy industry players are so keen to harness the dedication and enthusiasm of the chemists working their way through academic routes such as PhDs and Master’s degrees. That AstraZeneca (AZ) nurtures and encourages rising talent is underpinned by the fact AZ hires talented scientists at all levels and encourages them to work with leading academics.

In selecting the recipient of its AstraZeneca Chemistry Award, the company handpicked Robert Phipps for the honour. The Royal Society University Research Fellow from the University of Cambridge, UK, was not required to submit any pitch or prove his worthiness for the accolade to a panel. Phipps’ award sprang from the tendency among AstraZeneca colleagues to keep their ears to the ground on innovations happening across the UK academic landscape.

The focus of the Phipps group – which has included AZ-sponsored students in the past – is controlling selectivity in chemical reactions.

Phipps says his research group is concerned with developing new methods for constructing small molecules. ‘So we’re synthetic organic chemists, but we’re really focused on methods for putting together new bonds and our particular focus is on selectivity.’

‘As an important aspect of organic chemistry, selectivity has a variety of contexts. It could be selectivity between two different positions on a molecule or enantiomer selectivity, which is where you have the mirror image,’ adds Phipps.

Enantiomers are mirror images of each other and that can trigger drastically different activities in a biological system.

‘Many of the molecules that make up biology, or biological systems, actually exist in mirror image forms,’ Phipps explains. ‘What we do is try to develop new approaches to controlling selectivity in synthetic chemistry using small molecule catalysts. Among the different reaction types we explore for the reactivity we need are those that involve transition metals.’

The Phipps group also looks at reactions involving free radicals – a type of reactive intermediates that can form new bonds. ‘Essentially, we are looking to use these catalyst designs to try and control selectivity in the processes,’ Phipps says.

‘It is my hope that the methodology we develop is broad in its application. That is why, I think, companies like AZ are keen to work with us and other groups working on methodology development.’

Once developed and proven, methodologies like those Phipps’ group – and other chemistry groups – offer can be put to use medicinal chemistry quickly. The Phipps group’s endeavours have the power to underpin drug pipeline success – that’s medicinal chemists’ ability to make new molecules that can be tested as quickly as they can.

Before small molecules that exist as enantiomers advance to pharmaceuticals, synthetic chemists must be able to access each selectively to ascertain their biological effects.

‘Imagine that every one of the thousands of molecules that were synthesised to discover that one which could progress took six chemical steps to make,’ Phipps says. ‘If you were able to instead make the same molecules in three chemical steps, then you can make twice as many. Or reach your target twice as fast.’

These new, more efficient methods are good in terms of sustainability too. ‘Chemistry pursuits carry all kinds of environmental implications, if you’re able to cut down a lot of those processes, there is benefit in that too.’

Molecules are at the heart of chemical biology and at the heart of materials chemistry too, says Phipps. ‘So if we can make molecules more efficiently, then that benefits many different areas.’ Phipps’ team sometimes uses existing catalyst scaffolds in ways not explored before. For example, in 2018, the team applied an established chiral catalyst to the Minisci reaction – a 50-year-old reaction widely used in the pharmaceutical industry. ‘We managed to do this enantioselectively, which I’m pretty sure was the first time that had happened.’

‘So while we might use existing scaffolds and existing catalysts, we apply creativity and devise different ways of using them,’ Phipps says.

Earlier this year, the Phipps group published a paper on chiral cations. But, says Phipps, ‘we developed a different way to incorporate the chiral cation into a transition metal-catalysed reaction. This allowed us to do quite a challenging reaction in an enantioselective manner.’ 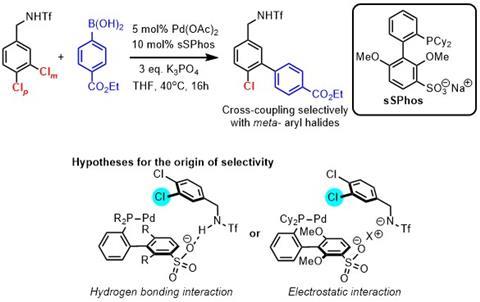 David Ennis, AZ’s vice president of chemical development, is proud of the drug maker’s collaborations with academia. ‘All through the challenges we faced over a number of years, we continued to support academia,’ he says.

The help AZ provides to academics early in their careers has fostered strong ongoing relationships. The company supports eight UK doctoral training centres and also collaborates with a large number of individual academics via Industrial CASE awards: both excellent ways to support PhD students. ‘We currently support over 80 PhD students and around 20 undergraduates spend their sandwich year in AZ chemistry labs each year,’ he says. Furthermore, AZ takes a wider interest in potential future scientists via their apprenticeship scheme and interactions with schools.

‘In both 2017 and 2019, our apprentices won the RSC Chemistry Apprenticeship of the Year award, and we support a range of Stem activities in education,’ says Ennis. ‘At schools, we try to excite children about the possibilities of science and further their education in scientific areas.’ 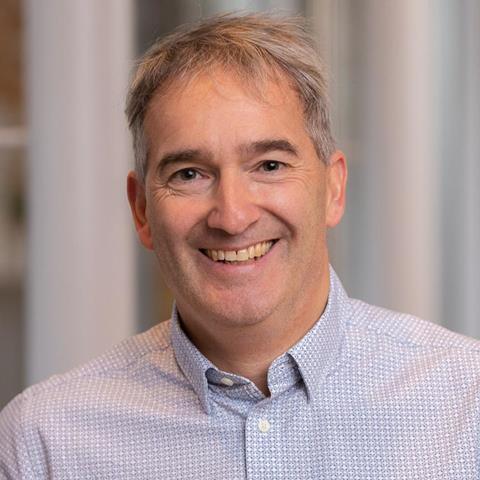 AZ is part of significant pre-competitive collaborations with peer pharma, SMEs and academia to develop key areas of science and technology. In fact, AZ is one of the founding industry partners in the Medicines Manufacturing Innovation Centre. The centre is located in Renfrewshire, Scotland, and the consortium working from it enables academia, industry, government institutions and other stakeholders to work together to develop and test new, digitally-enabled, next-generation medicines manufacturing technologies.

It is a model of partnership across different sectors and disciplines designed to de-risk new technologies. The consortium’s aim is to forge a clear pathway for the widespread adoption of its innovation within the pharmaceutical industry.

‘These collaborations not only help us develop more affordable medicines, but also evolve chemistry to be more environmentally friendly,’ says Ennis.

‘The fact that we have that collaboration with academia, government and across our industry means we can take emerging ideas and bring them to the pharma industry,’ Ennis continues. ‘That is something that drives us very hard, we recognise that we can’t do everything alone. There is fantastic science being developed outside of AZ, and we want to tap into that and exploit it for society’s good.’

The Phipps group has also developed a catalyst-driven approach to controlling site-selectivity in Suzuki couplings. These cross-coupling reactions are one of the most widely used reactions by medicinal chemists. The reaction (shown left) uses electrostatic interactions between the ligand and substrate to direct site-selective oxidative addition. The students involved in the work with Phipps – William Golding and Robert Pearce-Higgins  – were both part of the AZ-Cambridge PhD program.

AstraZenecaA global pharmaceutical company with a major UK presence. Our purpose is to push the boundaries of science to deliver life-changing medicines. The best way we can help patients is to be science-led and share this passion with the scientific, healthcare and business communities of the UK