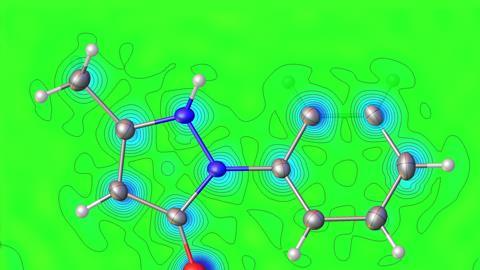 Exploring the advantages of single-crystal x-ray diffraction in pharma

Single-crystal x-ray diffraction (SCXRD) in drug development is evolving. Johnson Matthey outlines how technology advances and regulations are reshaping its role in pharma

An essential analytical tool, SCXRD provides comprehensive data on molecular structure and arrangement in three-dimensional (3-D) space. More powerful x-ray sources and increased sensor sensitivity – as well as the use of new experimental protocols and modern software – means smaller and more complicated crystal systems can be evaluated with greater accuracy. 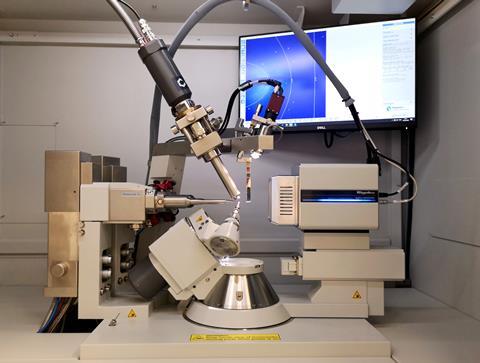 The role of SCXRD in the pharmaceutical industry has been defined for a long time. However, with the latest technology, and regulatory guidance, SCXRD is now being applied to other areas in drug development.

A clearer understanding: How SCXRD works

SCXRD is a technique that uses a physical phenomenon that occurs when x-ray radiation is directed towards a single crystal. The x-rays interact with the crystalline sample and subsequently diffract with different intensities and angles. The measured intensities and angles of these diffracted x-ray beams carry important information about the structure of the molecules in the solid state, which can be interpreted as a distribution of the electron density in 3-D space.

Using this information, the positions of each atom – and the overall molecular geometry of a molecule – can be determined. Furthermore, it is possible to get an understanding of the electronic structure of the molecule, which describes the character and nature of the bonds between atoms and can also provide information on the strength of intermolecular interactions between molecules in the solid state.

The capture of one crystalline form

With active pharmaceutical ingredients (APIs) – like salt and cocrystal forms – polymorphism is common and different solid forms of the drug present different physical properties, like melting, solubility and hygroscopicity, or densities that impact stability and overall activity.

SCXRD can determine different polymorphic structures, which allows for the rationalisation of any variance in physical properties and interconversions observed. Determining whether other polymorphs of an API exist – and the relationship between these – is valuable information that can be used to control the manufacture of the desired polymorph.

As part of our Pharmorphix solid-state offering, we have completed over 2000 customer projects. Our experienced crystallographic team has collected a similar number of single crystal x-ray structures since 2003, which have been critical to customers and to our success.

With the addition of a state-of-the-art SCXRD instrument from Rigaku Oxford Diffraction, the company’s already well-established solid state service Pharmorphix – which operates out of our Cambridge, UK site – has been significantly enhanced. Johnson Matthey (JM) has provided hundreds of large and small pharma companies with the data required to understand the solid form landscape of their lead APIs for regulatory and intellectual property submissions.

Beyond structure confirmation and regulatory purposes, SCXRD can accelerate drug discovery and development

In fact, JM’s crystallographers have contributed to around 20% of new APIs approved by the US Food and Drug Administration (FDA) since 2014, a large percentage of which included SCXRD determination.

SCXRD is an absolute method that can unequivocally confirm the composition and molecular conformation of a new chemical entity (NCE). The small molecule drug discovery and development process aims to find new APIs that could target a specific protein to eliminate or reduce the effects of a particular disease. Due to the chiral selectivity of the proteins, many of these APIs are required to have a specific stereochemistry to interact with the target site and achieve the desired therapeutic effect. Furthermore, as in biological environments, different enantiomers may have no or adverse effects, accurately determining the correct absolute configuration of the potential drug is crucial for streamlining the drug development process. The relevant data containing information on the API stereochemistry is required for both regulatory and IP submissions and SCXRD is considered to be the most reliable and definitive method for confirming the configuration of the stereocenters within the molecule.

Another area where SCXRD is important from a regulatory perspective is the relatively new field of pharmaceutical cocrystals. Forming a cocrystal involves coupling an API with an appropriate coformer through non-ionic intermolecular interactions. Cocrystals are considered analogous to polymorphs by the FDA, the formation of a cocrystal can improve the physicochemical properties, such as dissolution rate, oral bioavailability and permeability, of an API without generating an NCE. The FDA and European Medicines Agency require confirmation of the presence of both the API and coformer in the unit cell and – where applicable – whether proton transfer has or has not occurred. Again, SCXRD is the definitive tool for these regulatory questions, especially for the latter where – if a salt rather than a cocrystal forms – an entirely different development strategy may be required.

Our services have been successful on difficult samples with dimensions less than 50 microns. Additionally, with a new SCXRD implementation, standard straightforward data collections can be completed within minutes. These rapid timeframes mean the structures of metastable forms can be elucidated, which was previously unachievable. The quality of samples – and whether they are suitable for full structure determination – can be assessed rapidly and in a streamlined way using SCXRD. Preliminary crystal structures can be determined on-the-fly, enabling rapid assessment of crystal suitability using smaller amounts of valuable API.

The ability to accurately determine the molecular structure of an API, or precursor, at an early stage allows the next steps of drug development to be tailored. It minimises additional, and unnecessary, analyses, which saves time and money. JM’s improved SCXRD service benefits from a broader operational temperature range (80–400K) which introduces further capabilities. Low temperature data collections are preferred because the atomic motion of the atoms significantly reduces, which significantly improves the accuracy of the atomic positions and ultimately provides a more accurate structure solution. However, variable temperature x-ray diffraction studies can also be performed in a fully automated manner, providing valuable information. This temperature flexibility can be used to monitor crystal-to-crystal phase transitions and reactions in the solid state complementing other thermal characterisation techniques.

Technological advances in SCXRD instrumentation allow for the technique to be used beyond structure confirmation and regulatory purposes. Today, SCXRD is a tool that can guide and accelerate drug discovery and development. Understanding the solid form of an API on its own or in the presence of other chemical moieties early on can alter the direction and scope of work, potentially saving time and money.

JM’s offering is designed to support the development of medications that enhance patients’ quality of life and we continually invest in cutting-edge equipment to provide our customers with solutions that make a difference. To learn more about what JM offers the pharma market, visit the website. 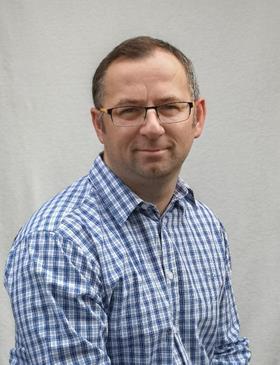 The author of this article is Mateusz Pitak, SCXRD Pharmorphix solid state services team leader at JM in Cambridge, UK