4
Peering inside a working battery 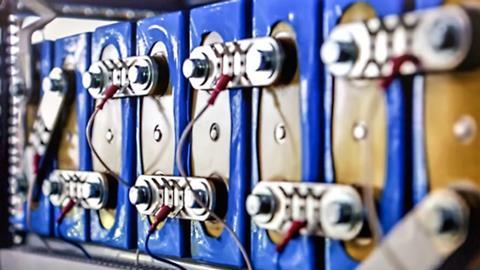 Peering inside a working battery

Characterisation techniques have reached the point where they can monitor in real-time what’s going on inside a battery. This is the way to a better battery and a more sustainable world.

Batteries continue to be the leading technology used to store renewably sourced energy, power modern electric vehicles, and support consumer demands for portable personal electronics and wearable devices. Despite incredible technology advances within the last decade, researchers around the world are constantly challenged with innovating the next generation of high-performance batteries that are more cost-effective, last longer, charge faster, are safer, and are also more environmentally friendly.

Leading the pack is the lithium-ion rechargeable battery, first developed in the latter half of the 20th century and so widely adopted that its developers were awarded the Nobel prize for chemistry in 2019. As researchers strive to produce better materials aimed at improving each of a rechargeable battery’s components, the next step is to put them into a working cell for evaluation. Traditionally, a cell would be made and then measured for its cycling performance, discharge rate, and energy density among other things as a finished unit. The downside to this approach is that it does not allow for the identification of the specific component responsible for any changes to the batteries performance and can significantly slow down innovation.

inside [the battery], the calorimeter can measure very, very small amounts of heat from even the smallest of reactions

With increasingly sophisticated characterisation techniques, however, researchers can more thoroughly analyse entire working batteries and their individual components – allowing them to more precisely monitor battery performance over time and under expected operational conditions. The ability to more thoroughly analyse batteries and their individual components allows chemists to intentionally select the best formulations to use inside the battery, helping to optimise their performance early in the development phase.

Electrochemical reactions can produce heat – and the thermodynamics of these ongoing reactions are a critical tool for battery researchers. TA Instruments, which is a subsidiary of Waters, has a family of microcalorimeters that can do just that. The latest member of that family, the TAM IV microXL isothermal microcalorimeter, offers the level of sensitivity researchers need, says Neil Demarse, microcalorimetry product manager at TA Instruments. An entire battery cell can be placed into the instrument for testing. ‘It’s one of only a few instruments that can test the whole battery,’ Demarse says, ‘it just has to be fitted inside the device.’ And once inside, the calorimeter can measure very, very small amounts of heat from even the smallest of reactions and provide insight into how much power is coming out of the battery. 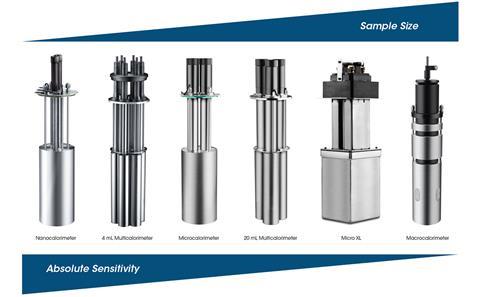 The data gathered allows researchers to validate both the quality and performance of the battery during the R&D phase, Demarse explains – all of which are critical in optimising new battery formulations and testing the compatibility of components. According to Demarse, the TAM portfolio of microcalorimeters has been used by researchers at 3M in St Paul, Minnesota, to follow parasitic reactions inside a lithium-ion battery pouch. By testing the heat flow in these battery systems, and changing the additives used in the electrolyte, the team was able to screen for the best additives that would help stabilise the battery and make it more efficient. Optimising the battery early in the process ultimately has more benefit and makes batteries safer in the long run, says Demarse.

In a recent webinar with Chemistry World, Larry Krause and Vincent Chevrier from Cyclikal, offered insight into how using precise combinations of electrochemical and thermal signals enables quantification of parasitic reactions, the identification of phase changes, entropic events and even system-level events such as li-plating. Such insights can enable more accurate lifetime predictions, novel understanding of battery materials and better cell designs. 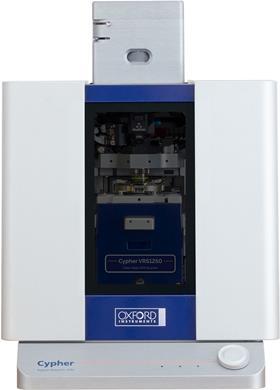 Another recent development looking at the battery as a whole has been underway at Oxford Instruments (OI) in the UK who developed a version of their Cypher atomic force microscope (AFM) to operate with a sealed electrochemical cell inside a glove box. This AFM has allowed Kumar Virwani and colleagues at IBM Almaden research centre in the US to monitor the electrochemical reactions inside one of the most promising next-generation battery technologies – the lithium-oxygen battery. Being able to use AFM during an actual real-time electrochemical cycle of a battery is a remarkable achievement. With the AFM electrochemical cell completely sealed inside a glove box the oxygen in the battery didn’t escape. Over 10 hours of cycling, the AFM was able to show lithium ions starting to dissolve and move around. Then, an interface layer grew, coating the electrodes, until halfway through the charging cycle when it began to disintegrate. This imaging done in situ was crucial evidence that the battery would likely be good at surviving over many charging/discharging cycles. AFM is the only way that this real-time monitoring could take place and is set to become another important tool in the battery-development toolbox.

Mass spectrometry can also help in refining whole battery systems. As batteries are used, they age. And as they age, much like humans starting to wrinkle, they start to degrade, crack, and underperform. Waters ultra-sensitive time-of-flight mass spectrometers coupled with their chromatographic capability allows researchers to watch the ageing process at each stage of the battery’s life. A study published in 2019 using the Waters ACQUITY UPLC/ APGC Xevo G2-XS QToF instrument highlights how the system can be used to help characterise changes in a pouch cell containing a promising electrode material - Nickel-rich layered oxide and graphite SiOx – over its useful life.1

at what point does a sustainable technology become unsustainable? 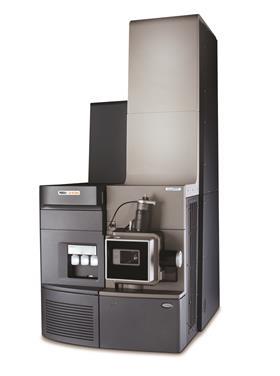 The resulting analysis, taken at four different stages in the battery’s lifetime, probed what was happening in the electrolyte. As a lithium-ion battery is used, a layer forms around the anode, which uses up part of the electrolyte. This layer, the SEI, or solid electrolyte interphase layer, can stabilise the system but can also make its performance plummet. Better understanding of how the SEI and anode age will ultimately allow longer-lasting batteries to be developed.

Mass spectrometry also has a role to play in following how different electrolyte additives affect battery performance. For example, in a 2018 study,2 the Waters Xevo G2-XS QTof tracked changes to the organic components of an electrolyte with different additives – again, providing insight into what kind of SEI formed with each composition. This kind of in-depth characterisation during development will allow optimisation at an early stage of the battery development.

As more and more batteries are made, resources will inevitably become scarce. With that in mind, we ask ourselves - at what point does a sustainable technology become unsustainable? Unless every battery is recycled, the impact of replacing fossil fuels with renewable energies could start to show a darker side. Recycling, therefore, is going to be a critical step in the future of a battery-powered sustainable society.

as you start to develop batteries that go longer, the materials must last longer

To aid with recycling, characterisation is key. One example of helping recovery of precious minerals is illustrated by work perfomed by a group in China in 2018.3 The team, led by Hongying Hou at Kunming University of Science and Technology, wanted to find a way to recycle the lithium foils used in prototypes and development of next-generation batteries – solid state lithium-air and lithium-sulfur batteries. Inevitably, as a new technology is developed, there is a lot of waste. Working out the best way to recycle these prototypes will aid larger scale recycling efforts once these batteries are fully commercialised. Hou’s team took the foils out of their experimental coin batteries and quickly dissolved them in deionised water. Further treatment followed by vacuum drying and calcination in a furnace left a black powder composed of LiFePO4/C. Using a range of techniques, including OI’s SEM based microanalysis equipment this powder was analysed and itchas myriad nano- and micro-structures interrogated. The team then took the powder and used it as a cathode in another electrochemical cell with promising results.

This circular economy approach, aided by hi-tech characterisation and other modern analytical tools, will arguably have to become part of the battery development process in order to maintain supply.

Electric vehicle poster-child Tesla announced last year that they were planning to unveil a million-mile battery for their next suite of electric cars. Details remain secret but there’s no doubt that some interesting materials science will be involved. ‘As you start to develop batteries that go longer, the materials must last longer,’ says Demarse. And with the help of sophisticated characterisation instruments, those materials will unlock that ability to go further on a single charge, to store more energy, and to lead us to a more sustainable society.

In partnership with Waters Corporation and Oxford Instruments, we are delighted to offer two packs of free resources on lithium ion batteries.