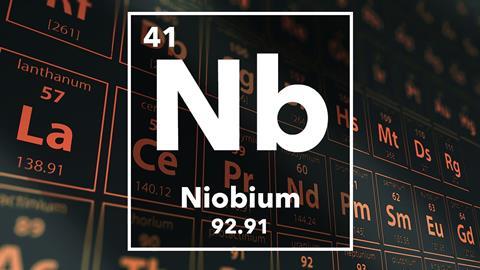 How Greek mythology informed an element, as presented by Jon Steed

This week, an element with some contradiction, as its namesake weeps, yet its chemistry is impassive. Here's Jon Steed:

Niobium. What an evocative name! The element was christened after Niobe, the daughter of Tantalus in Greek mythology. Tantalus has an element named after him as well; tantalum which falls directly below niobium in the periodic table. Niobe had a fairly hard time of it. She was foolish enough to suggest that rather than worshipping invisible gods, it might be a nice idea to appreciate real people for a change. The Greek gods weren't very forgiving of this kind of hubris and as punishment killed all, or at least most, of her twelve children; the niobids. As a result Niobe fled to Mount Sipylus and was turned into stone. There is to this day a rock formation in the Aegean region of Turkey termed the 'weeping rock' that resembles a woman's face, purportedly Niobe's. Water seeps through the porous limestone of the weeping rock and is said to resemble Niobe's unceasing tears at the fate of the niobids. Niobe's apparent petrification and the subsequent seeping of mineral-laden water through the rock calls to mind the real chemical phenomenon of petrifying wells such as the one at Mother Shipton's Cave in Knaresborough in North Yorkshire. The evaporation of the salt-saturated water and subsequent mineral deposition means that these wells really can apparently turn common objects to stone. 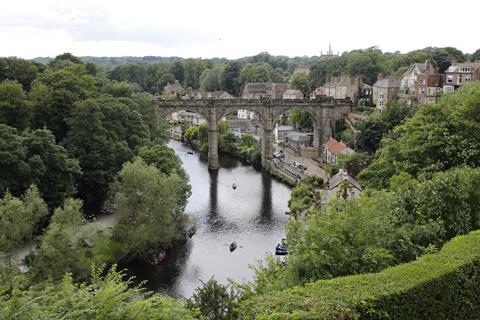 Placing Niobe and her father Tantalus next to one another in the periodic table is no accident. Both niobium and tantalum are found together in the mineral columbite, a mixed oxide that also contains iron and manganese, and they have similar chemical and physical properties. In fact niobium was originally named columbium after Columbia, because of its discovery in a mineral sent from America in 1801. The following half-century saw a great deal of confusion about exactly which possible new tantalum-like elements were present in these kinds of minerals and initially a number of Tantalus's children became immortalised as elements, with names such as pelopium, ilmenium and dianium. In the end only niobium survived. In the US niobium was called columbium, symbol Cb, all the way up until its official christening by the International Union of Pure and Applied Chemistry in 1950. The last paper published by the American Chemical Society that mentions columbium dates from 1953, with the rather unexciting title Photometric determination of columbium, tungsten, and tantalum in stainless steels. This paper does hint at one of niobium's major uses though, as we will see. The 2010 Aldrich Catalogue of Fine Chemicals still has columbium as an explanatory subheading for any confused Americans out there.

In fact, in contrast to the plucky Niobe, niobium is a pretty impassive element. It doesn't even react with the very oxidising acid aqua regia and, like tantalum, is inert to bodily fluids. This impassivity, coupled with its tendency to be coloured by anodisation means that it is sometimes used in jewellery and coinage. The anodising process results in a thin oxide layer that creates a range of permanent colours by diffraction of light. Since 2003, Austria has produced a series of silver-niobium euro coins with a niobium centre coloured blue, green, brown, purple, violet or yellow. Like the better known tungsten, niobium also forms a range of colourful oxide 'bronzes' ranging from deep blue to red depending on the degree of reduction. 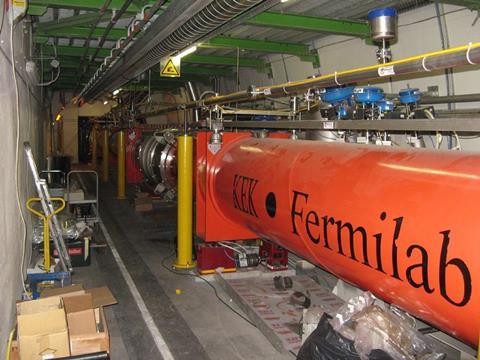 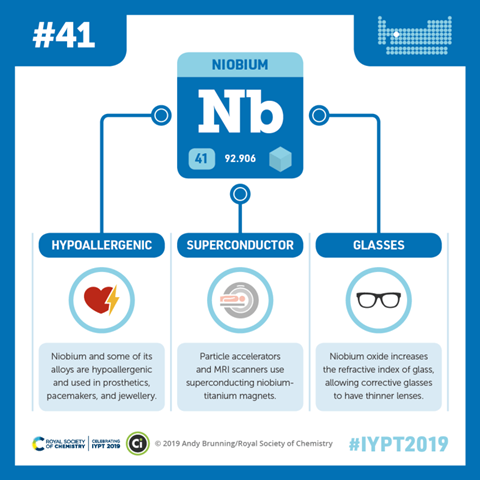 Niobium is a useful metal in a range of specialist alloys. In amounts as low as 0.1 per cent it has a significant strengthening effect on steel, making it suitable for use in gas pipelines for example. It is also involved in some highly temperature-stable superalloys used for engine parts in the aerospace industry.

Niobium very nearly became quite literally a household element because of its early role as the filament in incandescent light bulbs. Its impassivity and high melting point of 2468 centigrade lent themselves to this application but it was swiftly replaced by the even higher melting tungsten. Niobium is also a fairly dense element and it is this density that might account for its apparent rarity. Occurring at only twenty parts per million, it is 33rd in the hall of fame of most common elements in the Earth's crust. This surprisingly low value might arise from the 'missing' niobium sinking to the Earth's core during the planet's formation. 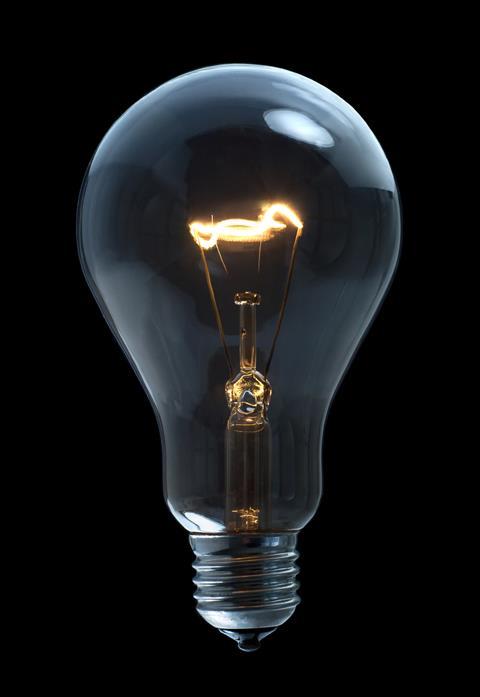 You don't tend to see a great many publications in the inorganic chemistry literature on niobium chemistry, although the metal is not particularly expensive so perhaps all that will change in this credit-crunched era. A classic paper is Dick Schrock's 1979 review of the chemistry of niobium and tantalum alkylidene complexes – compounds with a double bond between the metal and carbon. This paper contains a picture of one of my favourite organometallic compounds – actually a tantalum compound – in which the metal is sandwiched between two organic rings and bound to two delightfully simple carbon fragments; CH2 and CH3. This structure presages a wide range sandwich-type, metal based catalysts.

In terms of niobium molecular pin-ups, one of the most elegant is the very symmetrical cluster formed from an octahedron of six niobium ions and eighteen chlorides. An ion that highlight's niobium's tendency to form large, exotic multi-metallic clusters with halides and oxides.

When you look at the great sprawling mass of the periodic table, it's easy for your eye to get lost in the swathe of exotically and confusingly named transition metals somewhere around the dip in the middle. I hope that you will let the example of niobium remind you that there's nothing to weep about. The subtleties of these elements aren't too petrifying, and with a little creativity you may give birth to some chemistry that even the vengeful, ancient gods can be proud of.

Providing colour, superconducting abilities and molecular pin-ups – certainly something for the gods to be proud of. That was Durham University's Jon Steed with the tantalising chemistry of the element niobium.

Now next week, an element whose founder clearly didn't believe in risk assessments.

Frequently after more spectacular chemistry demonstrations, the scientist on stage will warn the audience 'not to try this at home'. One person who certainly did not listen to such warnings was Swedish chemist Jöns Jacob Berzelius. Instead, he and his co-workers performed many groundbreaking experiments in the kitchen of his flat in the corner of Nybrogatan and Riddargatan in Stockholm. In 1815, for example, Berzelius isolated a new element from a mineral sent to him from the Swedish mining town of Falun and named it thorium after the Scandinavian god of thunder, Thor. Only to realise a few years later that he was wrong and what he though was a new element was in fact yttrium phosphate.

However, in 1828, by then long since world famous and credited with discovering three other elements, he received a strange mineral sample from the reverend Hans Esmark in Norway. In his new laboratory at the Swedish Royal Academy of Sciences, Berzelius isolated yet another element, this element is what we now call thorium.

And now you know its discovery, join Lars Öhrström from the Chalmers tekniska högskola in Sweden to find out the chemistry and applications of thorium in next week's Chemistry in its element. Until then, I'm Meera Senthilinghma and thankyou for listening.