Fossils of Dickinsonia from over 500 million years ago indicate that they were the first animals to have existed on Earth, thanks to new evidence from preserved steroid lipids. 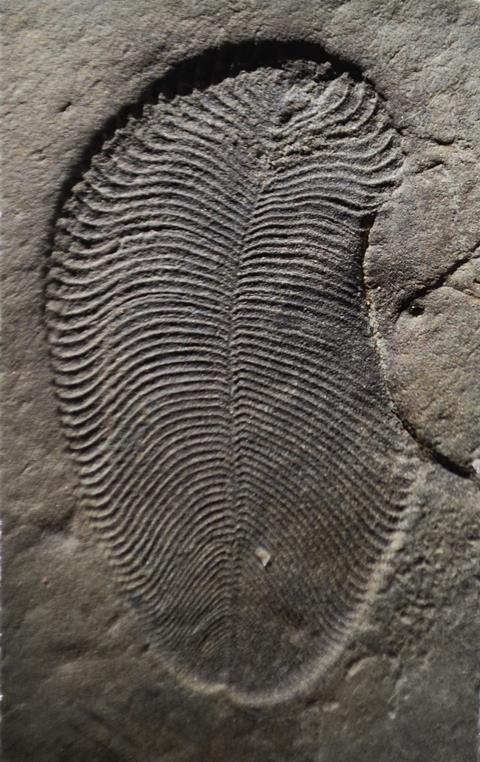 Part of the Ediacara biota of earliest known complex multicellular organisms, Dickinsonia were shallow-water dwellers with flat segmented bodies. Until now, their biological origin had confounded biogeochemists and palaeontologists alike because their fossils – which are only casts of the ancient creatures – are so different to modern specimens, and existing methods have only allowed for studying their structure.

‘They don’t follow the modern logic of animals so it’s very hard to shoehorn them into anything that exists today,’ says Jochen Brocks of the Australian National University, whose team unearthed the evidence that shows Dickinsonia were in fact animals. ‘Just based on structure, the problem [of what they were] is not solvable’.

New methods have finally shed light on Dickinsonia’s elusive nature: Biomarkers from fossils are stores of molecular information and when analysed by GC–MS offer robust clues about dickinsoniids’ taxonomy. In this case, hydrocarbon biomarkers that are indicative of sterol distribution allowed Brocks and his team to deduce specific sterols at defined quantities and hence figure out where exactly Dickinsonia sits on the phylogenetic tree.

‘It’s the best we’ve done and it’s the clearest signal that anyone has produced. We’re now as sure as we possibly can be that it was an animal,’ he says. 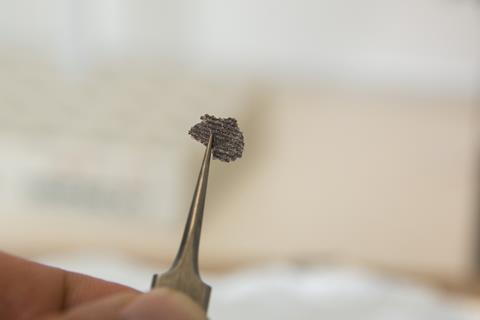 An abundance of 27-carbon cholesteroids – mirroring the steroid composition of animal membranes – makes a convincing case that Ediacaran biota was at the forefront of the explosion of animal life during the Cambrian era roughly 514 million years ago. The 99.7% cholesteroid composition rules out Dickinsonia as both lichens and protists as previously hypothesised – neither produce solely cholesteroids, instead synthesising ergosteroids or a varying mix of sterols, respectively.

The team from Australia, Russia and Germany retrieved Dickinsonia fossils in sandstone from Russia’s White Sea region in what was a ‘totally serendipitous’ discovery – Brocks compares it to finding a perfectly mummified T-rex in a swamp. ‘The sediments were so fresh that the organic matter of these fossils was still preserved, allowing us to extract the molecules from that tissue’.

The sterol patterns were also pivotal for showing that the fossils were free of contamination, a factor Brocks stresses was incredibly important to the success of the work. When organisms die and become encased in sediment, the stereocentres of cholesterol can’t isomerise, but for fossils deep within the rock and at temperatures as high as 150°C, the centres flip between configurations and isomerise, giving a defined isomer distribution. Brocks’ team saw that the distribution was completely different for the Dickinsonia fossils, indicating they were buried slightly higher at a maximum temperature of 50°C, and avoided contamination from petroleum. 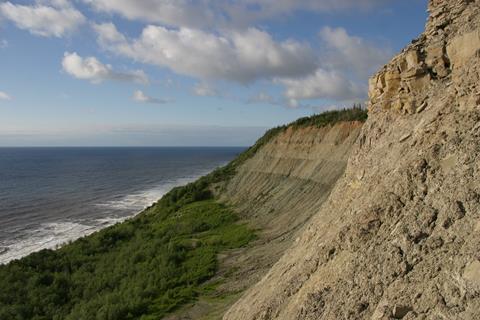 Zimnie Gory locality, on the White Sea in Russia.

‘Anything that is a petroleum product is really problematic because they are loaded full of fossil sterols,’ he explains. ‘Petroleum is produced at very high temperatures so the isomer distribution is much more mature than that of the fossil. Based on that distribution we can prove that the Dickinsonia was not contaminated by petroleum products.’

It’s ‘fantastic and exciting’ work that is opening new doors within organic chemical palaeontology, at least for larger fossils such as Dickinsonia, says Dominic Papineau, a geochemist from University College London, UK. ‘They used a very sensitive technique for detecting key animal biomarkers and they make a very compelling argument. For some other candidate fossils from that time that are microscopic or millimetric in size, other techniques that potentially yield similar results would be required.’