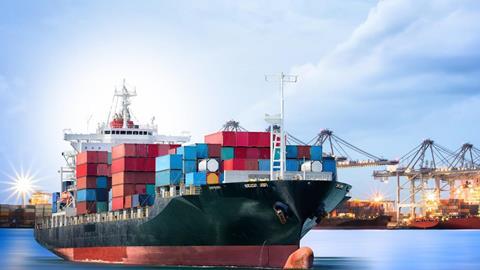 Some chemical companies may move manufacturing operations abroad after the UK leaves the EU, according to a survey by the Chemical Industries Association (CIA).

In its ongoing Brexit survey, the CIA has identified tariff-free access to the EU single market as the top priority for companies. The association’s figures suggest 70% of chemical products sold to the EU (over 40% of total UK chemical exports) would be subject to trade tariffs if the UK government does not secure single market membership. Companies would also find it harder to source raw materials from the EU following Brexit, with about 71% of EU imports being hit with tariffs. For several such products, there would be no alternative source outside the EU.

But such a scenario may also reshape chemical manufacturing in the UK. Of the 25 companies to respond to the CIA survey so far, around one in eight would consider stopping some or all UK manufacturing operations if tariffs are introduced. The surveyed companies represent around 20% of the UK chemical industry by employment, according to Tony Bastock from the CIA’s Brexit taskforce.

‘Remember, this isn’t just the loss of the manufacturing operation to the UK economy, it’s the loss of the products everybody else sells into them,’ said Bastock at a CIA meeting in November to discuss the potential impact of Brexit. ‘I see that as an extremely worrying situation and [it] should be a good message to government as to why they need a proper industrial strategy with regard to UK manufacturing.’

Industry leaders were also keen to emphasise that access to skilled labour is also of vital importance to the sector. ‘I think there has to be a much greater effort by trade associations, [the] CIA, industry and particularly government to explain and to emphasise our need to attract skilled people,’ said Bastock.

A straw poll carried out at the CIA event revealed further concerns. Asked what effect Brexit will have on the UK chemical industry, 50% of the 124 delegates said it will be negative, 29% thought it will make no difference and 21% believe it will have a positive impact.

Robin Walker, a junior minister in the Department for Exiting the European Union, wanted to reassure the CIA delegates that the government is taking on board industry advice. ‘The chemical industry is crucial to our mission of building an outward-looking, global Britain and seizing the opportunities that exiting the EU presents,’ he said. ‘We want to support you as you grow our exports and explore new markets.’