Cancer remains the highest individual therapeutic area, with 11 approvals, almost a quarter of the total. Rare diseases – including rare cancers – continue to be well served, with 21 new treatments having orphan drug designation.

‘We continue to see a fair amount of activity in these two areas, and they are unlikely to go away any time soon,’ says Frank David, managing director at Boston, US-based consultancy Pharmagellan. ‘It reflects what companies have put money and resources behind over the past 5–10 years. These are still attractive areas because the risk–reward profile is pretty favourable.’ A lot of funding is still going here, he adds, and it stands to reason that these two will continue to predominate. 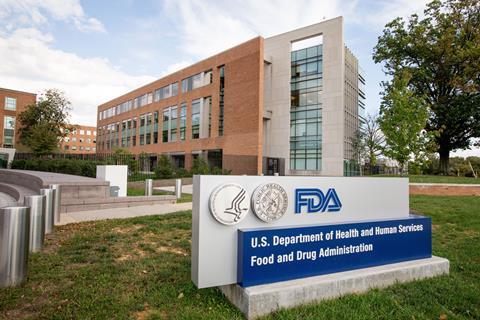 The US Food and Drug Administration’s various pathways to faster reviews have attracted R&D investment to areas such as rare diseases. Critics say these programmes need to be backed up by more rigorous checks after approval

But other fields are expanding, too, notably neurology. ‘We are now seeing approvals in migraine, in particular, where there hadn’t been a lot of activity,’ David says. ‘The maturation of science is lumpy, and we see little boluses of drugs that address similar clinical areas or focus on similar mechanisms in roughly the same time period.’

He also believes that a healthy number of smaller disease areas will continue to be pursued, where the goal is to get maximum clinical impact from expedited and de-risked regulatory pathways. ‘I think most companies and investors are taking a portfolio approach, and I don’t see anything that makes me think this won’t continue,’ he says.

The proportion of biological drugs has increased significantly in recent years as approvals of monoclonal antibodies have become routine. More advanced therapies are starting to reach the market, too, as the technologies mature. ‘Gene therapy and nucleotide-based technologies are the fruits of seeds that were planted decades ago in the lab, and took a long time for the science and the risk–reward profile to mature,’ David says.

For a company to be capital-efficient and reduce risk as much as possible, having early discussions with regulators is a good thing

But the novelty does not end with new categories of therapy. Todd Wills, managing director at the American Chemical Society’s Chemical Abstracts Service (CAS), has assessed the structural novelty of recent small molecule drug approvals compared to previously approved drugs.1 ‘Being more creative is allowing people to push the boundaries of chemical space, and go into areas that have not been explored previously,’ he says. ‘This leads to drugs, at least from a small molecule perspective, increasingly being structurally novel compared to the drugs that came before them.’

‘There is clearly a continued push for finding drugs on structurally novel scaffolds,’ he says. ‘As enabling technologies advance, whether that is in silico methods or even further advancement on the screening side, that will just strengthen this trend.’ Ever more companies are using artificial intelligence and machine learning techniques, he adds, but it will be some time before any impact on the drug discovery process becomes clear.

Although biological drugs are increasingly important, Wills believes small molecules will continue to hold their own. ‘We don’t know where some of these newer modalities will land ultimately, but clearly from an investment portfolio point of view it does make sense to have some diversification in development efforts,’ he says.

Accelerated approvals have become commonplace, and review times have been falling. According to recent data from Jonathan Darrow’s group at Harvard Medical School,2 median FDA review times fell from 2.8 years between 1986 and 1992; to 10.1 months for standard applications in 2018; and just 7.6 months for priority applications.

‘By setting up things like breakthrough designation and accelerated approval, the FDA has given clear signals that it wants to have discussions with companies in advance, and wants to encourage them to submit those types of data,’ David says. ‘Breakthrough designation comes with a fair amount of “white glove” treatment in terms of FDA engagement. For a company to be capital-efficient and reduce risk as much as possible, having early discussions with regulators and a concierge service at the FDA is a good thing.’

However, there are criticisms that current FDA standards appear somewhat lax, he adds. ‘There are two ways you could imagine solving this,’ he says. ‘One is that they should acquire more data before approving drugs, and the other is to enforce post-marketing studies to gather more data on hard endpoints, and answer the questions that were unanswered at the time of approval – and potentially walk back approvals.’

He does not believe that there will be a return to a demand for greater amounts of data, however. ‘My sense of the clinical climate, especially in areas like cancer and rare disease, is that there is overwhelming support from scientists and patients for keeping the pipelines open, notwithstanding the fact that those drugs are being approved on less data,’ he says. ‘I do think there will be a new fight about how much post-marketing commitment should be required, and what should be done if these studies demonstrate the effect is less clinically important than we might have hoped.’