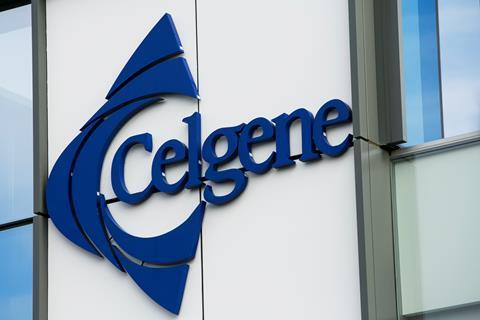 US biotech firm Celgene is on a shopping spree, having acquired two companies since the start of the year.

The New Jersey-based company recently announced the $9 billion acquisition of Juno therapeutics after rumours surfaced that the drugmaker was looking to snap up the remaining 90% stake in Juno it didn’t own. In so doing, it has taken a risk and staked its confidence – seen with the size of the deal – in the emerging cancer cell therapy technology known as chimeric antigen receptor T-cell (CAR-T).

The move comes just weeks after Celgene acquired Impact Biomedicines for between $1.1 billion and $7 billion depending on the reaching of certain milestones, gaining access to the JAK kinase inhibitor fedratinib, which is being evaluated for blood disorders myelofibrosis and polycythemia vera.

The buyouts follow a shaky period for the company where third quarter revenues were lower than expected and sales targets were drastically cut, with shares down 24% over six months. In addition, the firm was forced to pull the plug on late-stage testing of its experimental Crohn’s disease drug mongersen last year, while its blockbuster blood cancer drug Revlimid, which revenues have relied on, has struggled expanding into new indications and is facing patent expiry in 2022.

Celgene’s chief executive Mark Alles was well aware of shareholders’ jitters over the company’s precarious position, announcing the Impact deal at the JP Morgan conference and reassuring investors the acquisition was a solid move.

But the response to the Impact buyout wasn’t overly positive, with concerns voiced over fedratinib’s future given the drug’s questionable safety profile. Calls were made for the company to do more to improve its situation. 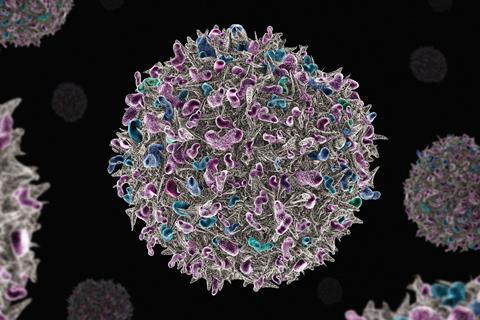 In announcing the Juno deal, Alles said: ‘Juno’s advanced cellular immunotherapy portfolio and research capabilities strengthen Celgene’s global leadership in haematology and adds new drivers for growth beyond 2020.’ Essentially, the company hopes the buyout will plug the revenue gap after 2022.

CAR-T is an emerging cell therapy where a patient’s immune cells are removed from the body and reengineered to super-boost them in targeting and destroying blood cancers. The therapy is seen as a promising new cancer treatment, which leverages the power of the immune system.

According to Jefferies analyst Michael Yee, the purchase of Juno should ‘give comfort to investors that Celgene has a pipeline of new growth drivers’, adding that ‘this is a deal hinged on Celgene’s confidence in going ‘all in’ on cell therapy over the next five to 10 years’, with the intention of being a leader in the CAR-T field.

But the risks are still clear – evidenced by the flat stock price after Celgene’s announcement.

Firstly, JCAR017 is only in phase II trials. While Celgene expects US regulatory approval for the drug next year there is always the remote possibility the drug could still fall short. Indeed, Juno has already had to pull one CAR-T treatment that was in its Phase II pipeline after the death of five patients.

Secondly, JCAR017 would be the third CAR-T therapy to hit the market, entering behind therapies from Novartis and Gilead (through its acquisition of Kite Pharma last year for $12 billion), which were both approved last year. While the approvals give Celgene confidence in the therapy area, Yee notes that there is uncertainty about JCAR017’s results, putting pressure on the need for the drug to be sufficiently differentiated from its competitors.

But Yee, like many analysts, is optimistic about the move, believing Juno’s platform will perform and that Celgene’s stock (and fortunes) will bounce back. ‘The $9 billion deal price assumes majority $3 billion peak sales of JCAR017 comes from DLBCL penetration and multiple lines of therapy and best-in-class asset with some additional assumptions in chronic lymphocytic leukaemia,’ Yee says. ‘This will be a smart deal if more than just JCAR017 plays out.’