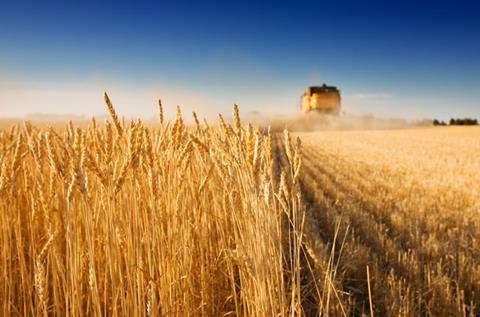 Within just three years since the discovery of its gene-editing potential, the new technique Crispr has become the hottest, and most controversial, development in genomics research. And now it’s more than just a science – it’s big business too.

First discovered in bacteria, Crispr (clustered regularly interspaced short palindromic repeats) is a genome-editing tool that can target specific genes in any organism based on RNA–DNA base pairing and then precisely cut the gene through the activities of the enzyme known as Crispr-associated protein 9 or Cas9. The technology can delete, repair or replace genes, and is faster, easier, cheaper and – in principle – more precise than other gene-editing techniques. With potential benefits across human health, agriculture and industrial biotechnology, it’s no surprise Crispr has entered the biological hall of fame.

It was only a matter of time before the technique moved beyond academia, and in 2015 a number of companies have invested in Crispr technology. First it was pharma heavyweight Novartis, which signed two separate deals with gene-editing start-ups Intellia Therapeutics and Caribou Biosciences. It plans to use Crispr for engineering immune cells and blood stem cells, and as a research tool for drug discovery.

Then immunotherapy firm Juno Therapeutics shook hands with gene-editing start-up Editas to create anticancer immune cell therapies; Vertex Pharmaceuticals and Crispr Therapeutics, another start-up, inked an agreement that could be valued at $2.6 billion (£1.8 billion); while Regeneron Pharmaceuticals formed a patent licence agreement with ERS Genomics, which holds the rights to the foundational Crispr intellectual property from Emmanuelle Charpentier, one of the Crispr pioneers. The space isn’t only confined to pharma either, as science company DuPont also formed alliances with Lithuania’s Vilnius University and Caribou Biosciences, with a specific interest in plant breeding and agricultural applications.

‘Interest from the pharmaceutical industry in Crispr-Cas9 gene editing has really taken off in the last year,’ says Bill Lundberg, chief scientific officer at Crispr Therapeutics. ‘A considerable amount of my time is spent in discussions with companies and organisations that are interested in working with us.’

Besides these deals, there has also been rapid investment in the start-up firms that aim to commercialise the Crispr technology and its related products, both through pharma and other sources of funding. Caribou, founded by Crispr pioneer Jennifer Doudna, has raised $15 million; Crispr Therapeutics, set up by Charpentier, has raised $89 million since April 2014, plus $105 million through the deal with Vertex; and Editas, founded by current Crispr patent holder Feng Zhang, has brought in more than $160 million.

While it’s still early days, one analyst tells Chemistry World the technology could be transformative for companies. ‘The fact a single deal was valued at a potential $2.6 billion tells you something about the overall size the technology could reach,’ says Anette Breindl, senior science editor at Thomson Reuters BioWorld.

The commercial potential of Crispr has not been lost on AstraZeneca. It believes the technology offers a powerful solution to the research and development challenges that plague the pharmaceutical industry, says company spokeswoman Karen Birmingham. From accelerating the identification and validation of novel therapeutic targets, to creating better animal models of human diseases in a shorter time frame, to reducing the number of failed products, Crispr looks set to shave millions off R&D costs and boost drug discovery, she says. ‘Ultimately, through the application of Crispr we hope to increase productivity in the pharmaceutical R&D process.’

Likewise in the agricultural space, Crispr promises to develop solutions for growers with greater precision and accelerated timelines, says Neal Gutterson, vice president of research and development at DuPont Pioneer. The current average development time for agricultural products ranges from 10 to 20 years, which makes forecasting grower needs challenging, and the rate of change is accelerating, he says. ‘Crispr-Cas9 genome editing can allow us to respond more rapidly to grower needs and to increase our ability to deliver higher-yielding crops with the same or fewer resources.’

But amid the surge in research and commercial opportunities, a patent battle over Crispr simmers in the background, which is casting a shadow over the technology’s future commercial potential. In 2012, Doudna and Charpentier filed a patent application after working together on Crispr, followed seven months later by a separate patent application by Zhang. Despite being second to submit, Zhang was awarded the patent based on his claimed invention date. Now Doudna and Charpentier’s team has been granted an ‘interference review of competing claims’ by the US Patent and Trademark Office to determine who invented the technology.

If Crispr proves to be useful, it will be used and people will make money

It is unclear which way the result will go, says Mari Serebrov, regulatory editor at Thomson Reuters BioWorld. ‘If the courts rule the technology isn’t patentable, it could chill investment. On the other hand, if one group is allowed the patent, it could result in a monopoly and will probably make licences more expensive or discourage research because the patents could lock up the field, depending on how broadly they are written.’ With such uncertainty, there may be a lull, she says, as people wait to see how the battle pans out. Already, biotech giant Monsanto has limited Crispr’s applications until a decision is made.

But Greg Aharorian, director of the Centre for Global Innovation/Patent Metrics, believes the dispute won’t have any serious impact on science and R&D, though he warns the longer the patent battle continues without a deal the greater the chance new types of gene editing will be discovered, which will ‘potentially undercut their future profits’. But, ‘if Crispr proves to be useful,’ he adds, ‘it will be used and people will make money’.