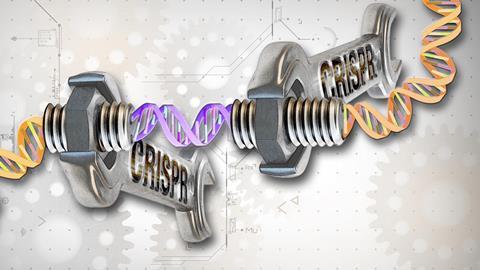 The first clinical trial using cells whose DNA has been edited using Crispr–Cas9 is underway in lung cancer patients in China. A US clinical trial is also scheduled to use the revolutionary new technique in cancer patients, approved by an advisory committee of the National Institutes of Health last summer. However, Crispr experts are warning that rushing gene editing into clinical trials so soon after its development poses ethical issues and that hype around the technique could damage its prospects.

In the Chinese trial, the patients’ T-cells have been edited to knock out a protein that puts a brake on immune responses and then infused back in – patients receive conventional chemotherapy too. Without this protein, they should be better cancer killers. The US study involves 18 patients with several kinds of cancers and will require three edits on T-cell genes and then returning these cells to patients in the hope that they will take on the cancer.

The trials come after an international summit on gene editing in Washington, DC in December 2015. A statement was issued at the conference noting the promise of gene editing to target cancer, but warning of ‘a need to understand the risks, such as inaccurate editing’.

Crispr consists of a short sequence of guide RNA and is coupled with the protein Cas9 to cut open double-stranded DNA. Compared with previous technologies Crispr–Cas9 is simple and inexpensive. It is especially useful for knocking out genes. But inaccurate editing is still a serious concern.

Crispr has advanced in leaps and bounds as a lab tool, but there is still a question mark over its therapeutic potential. ‘I was definitely surprised [about the trials],’ says geneticist John Doench at the Broad Institute in the US. ‘The promise of making a permanent change to DNA is quite powerful, so the excitement is well founded, but I worry that we haven’t figure out the warts in the technology yet.’ Simon Waddington a geneticist at University College London, UK, adds: ‘It isn’t a magic bullet. We’ve seen this sort of hype before with stem cell therapy.’

‘Low levels of off-target cutting events don’t matter in the lab, but it absolutely matters in patients,’ says Doench, adding that tumour suppressors are common and cutting them has consequences. He recalls scientists getting ‘burnt’ after the hype around interference RNA 16 years ago and its clinical potential. ‘If [Crispr] fails the first time, the pendulum might swing against it and a perfectly good technology could end up on the shelf. For this reason I’m surprised [by the trials].’

He’s not alone. ‘Off-target delivery is especially important when the drug you deliver is creating permanent changes in DNA,’ notes bioengineer James Dahlman at Georgia Tech in the US. ‘You have to walk before you can run. It is much more likely to be useful as a scientific tool right now than a therapeutic.’

While first-in-human trials grabbed headlines in 2016, significant leaps forward were made in the technique itself. ‘All sorts of new bells and whistles were added to the Cas9 protein, making it even more of a Swiss army knife in the lab,’ says Doench. A number of recent developments have created a buzz and could lessen off-target effects. Other systems are also out there though and it’s possible that improved tools could soon be available to clinicians.

In May, researchers led by Han Chunyu at Hebei University of Science and Technology in China reported a new protein for editing human cells. The Natronobacterium enzyme NgAgo was described as efficient and comparable to Crispr–Cas9 for editing mammalian cells’ genomes and was guided by DNA not RNA, with simpler targeting machinery. However, in November, 19 scientists published a letter in Protein & Cell reporting the failure of several labs to reproduce the method. These failures came despite some group’s visiting Han’s lab to observe work being conducted. Three other letters were published in Nature Biotechnology by three groups on their inability to replicate the study. Nature Biotechnology issued an editorial expression of concern on 28 November.

The US and Chinese trials now raise the prospect of a race. ‘You’d worry if people rushed into clinical trials and it was about being first rather than doing it right,’ says Doench. Others view the US trial as appropriate and stress that it targets cancer patients desperate for a new therapy. ‘Doing the genetic modification outside the body means you have the opportunity to carefully analyse the product before you infuse,’ says immunologist Dean Lee, who was on the Recombinant DNA Research Advisory Committee (RAC) that approved the US trial.

Lee says no other trials have come before the RAC, nor does he know of any in the pipeline. ‘We will have to see some successes first and prove it ourselves that there is a relatively good safety profile before this really starts to take off,’ Lee adds. Asked about the cancer trial in China, he acknowledges concerns about the depths of the regulatory oversight there. He recalls high profile cases of patients going there for dubious stem cell treatments for diseases.

‘Achieving gene modification is now available to scientists around the world. We just need to be cautious,’ he adds. He and others view metabolic disorders as arguably better initial targets than cancer: situations where a working gene for a dysfunctional enzyme is placed into liver cells, for example, could dramatically change someone’s life.

The most controversial aspect of Crispr, however, is editing human embryos – any changes introduced would not only affect any baby born from such an embryo, but also their offspring too. Fears were stoked when a 2015 paper reported gene editing on unviable embryos. And December 2015’s summit surprised some by not recommending a moratorium. The summit did make the recommendation that it would be ‘irresponsible to proceed with clinical use of germline editing’ unless the relevant safety and efficacy issues have been resolved and there is broad societal consensus.

Few scientists see any benefit in germline editing. ‘We already do pre-implantation genetic diagnosis and can exclude embryos, so why go to the effort of genome editing? It doesn’t make sense, other than for pure curiosity,’ says Waddington. In April last year, another Chinese team reported editing of early embryos.

Bioethicist Françoise Baylis of Dalhousie University, Canada, one of only two non-scientists on the 12-strong summit organising committee, says a moratorium would have been appropriate. Moreover, ethicist Hille Haker of Loyola University Chicago in the US says the summit in DC failed to recognise that it broke with international guidelines and overturned a de facto ban. ‘There had been a decades old consensus in the scientific community that genetic technology would not be used for germline modification. The meeting ignored that fact.’