Questions are being asked about the safety of a common substitute for the controversial compound bisphenol A (BPA). BPA is used to make certain plastics and a number of countries have banned its use in food contact items such as baby bottles as it is a known endocrine disruptor. Accumulating research suggests that bisphenol S (BPS) – a preferred substitute for BPA – has a very similar toxicological profile to BPA, and may be no less harmful. 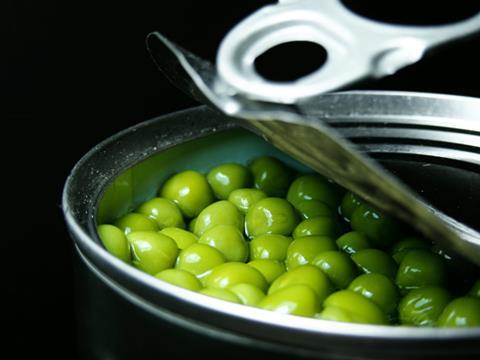 Researchers from the University of California, Los Angeles (UCLA) in the US concluded that BPS has similar effects on model biological systems as BPA.1 The team found that the physiology of embryonic zebrafish changed as little as a day after exposure to low levels of either BPA or BPS – levels equivalent to those found in polluted river waters.

‘Egg-hatching time accelerated, leading to premature birth,’ said Nancy Wayne, a reproductive endocrinologist at UCLA and senior author of the study. ‘The embryos developed much faster than normal in the presence of BPA or BPS.’

Previous research led by University of Cincinnati, US, pharmacologist Hong-Sheng Wang has found that BPS might also have acute cardiac toxicity similar to that previously reported for BPA.2 ‘We have shown that BPS and BPA effects were nearly indistinguishable when we examined the impact on a rodent system,’ he tells Chemistry World. At the whole heart level, Wang says his team saw that BPS, like BPA, appears to trigger the development of cardiac arrhythmias.

Cheryl Watson, a cell biologist and endocrinologist with the University of Texas Medical Branch in the US, who has also worked with BPS, says this is just the latest of several studies to demonstrate that ‘we should be very cautious’ about BPA and its replacements. ‘We should find out more about how they act so we know whether we need to keep them out of products definitively,’ she states.

Watson’s research has shown that even tiny concentrations of BPS can, like BPA, disturb normal cell functioning and cause both hormone mimicry and hormone disruption. ‘The problem is that whenever they come up with a BPA substitute, nobody checks with a biologist to see what it actually does before they put it in a product,’ Watson says. ‘A lot of these chemicals are disrupting the actions of hormones.’

The American Chemistry Council (ACC) is sceptical of the findings, however, stating that the UCLA study does not demonstrate that low levels of these compounds have any effects on humans. ‘The relevance for human health of this limited study on zebrafish is unclear,’ said Steven Hentges of ACC’s Polycarbonate/BPA Global Group in a statement.

‘The study examines effects of BPA and one alternative on zebrafish embryos in water,’ Hentges noted. ‘In contrast, we know humans are exposed to only trace levels of BPA through the diet.’ Hentges said extensive scientific research has demonstrated that humans efficiently convert BPA to a substance with no known biological activity and quickly eliminate it from the body.

However, Watson isn’t convinced by the ACC’s arguments. ‘To deny that one should be very cautious about something that is harmful in a related biological system seems to me to be extraordinarily dangerous,’ she states.

While Wang agrees that one has to be careful when extrapolating the zebrafish findings directly to humans, he says that the UCLA study, along with his and several others, illustrate that BPA and BPS have ‘a very similar biological effect’. At a minimum, Wang says these findings should prompt further evaluation of the effect of BPA, BPS and other BPA substitutes in higher level organisms.

Just because something is labelled as ‘BPA-free’ doesn’t necessarily mean that the product is free of the potential adverse effects that have been associated with BPA, Wang and Watson warn.