For the first time ever, the EU imports more chemicals than it exports, both in volume and value, resulting in a trade deficit of €5.6 billion for the first half of 2022, says the European Chemical Industry Council (Cefic). The chemicals industry – one of the most energy intensive in Europe – is struggling to compete on the global market with businesses from regions with more favourable energy prices.

‘We are approaching the point of no-return: if no emergency solution to the energy prices is provided to our sector, we are not far off the breaking point,’ says Marco Mensink, Cefic’s director general. ‘Hundreds of businesses in the chemical sector are already in survival mode and we have started seeing the first closures. We need action now.’ Cefic wants the European commission and member states to agree a pan-European plan to limit the impact of energy prices, increase energy supply and encourage reductions in energy consumption. 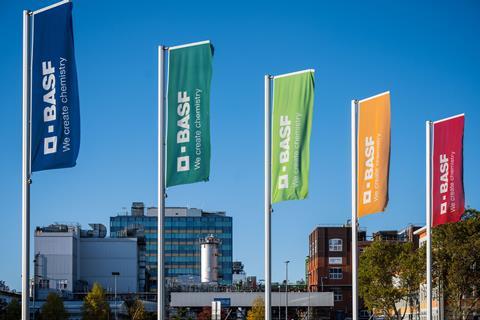 BASF was particularly exposed to cuts in Russian gas supplies, through its subsidiary Wintershall Dea and its involvement in the Nord Stream pipelines

European companies have been hit hard by Russia’s continued curtailment of natural gas flows. The International Energy Agency’s latest quarterly Gas Market Report shows Russian gas supplies to Europe have declined by 50% since the beginning of the year, which has pushed international prices to new highs. The IEA expects market tightness to continue well into 2023 and could well get worse.

Cefic’s warning comes after BASF, the world’s largest chemical company by earnings, signalled ahead of its formal third-quarter results that its net income would be significantly down on the same period last year at €909 million, compared to €1253 million in 2021. BASF is having to absorb €740 million in losses associated with its stake in Wintershall Dea, an oil and gas business with shares in the Nord Stream 1 pipeline; it lost €1.1 billion when the Nord Stream 2 project was cancelled after Russia invaded Ukraine.

But even excluding those losses, quarterly earnings were down 28% compared to 2021, despite overall quarterly sales revenue increasing by 12% to almost €22 billion. Sales volumes decreased relative to 2021, but this was compensated by the company increasing its prices and some positive currency exchange effects.

BASF attributes this decline in profits to ‘deteriorating framework conditions’ in Europe, meaning higher prices for both energy and raw materials. Its response is to cut costs in the region quickly and permanently, particularly in Germany. Upon completion at the end of 2024, BASF expects to achieve ongoing savings of €500 million annually in ‘non-production areas’. The firm’s site in Ludwigshafen will bear more than half of these savings as the company streamlines operating, service and R&D divisions, and its corporate centre.

These results are reasonably close to expectations once the losses associated with the Nord Stream pipelines are discounted, says Sebastian Bray, an analyst with Berenberg in London, UK. Natural gas prices are high across Europe and are an issue for all chemical companies, but prices are especially high in Germany, which was previously very dependent on Russian gas. This means BASF is particularly exposed as it runs the biggest chemical site in the world at Ludwigshafen, Bray points out. ‘It may take 2-5 years before internationalisation of gas prices will get to the point where Europe is genuinely competitive on energy prices,’ he adds.

Bray says BASF’s plans to cut costs are not surprising, but he’s not too concerned as the company, like many other multinationals, generally has an active savings programme running. The main target appears to be fixed costs at Ludwigshafen, but he thinks BASF is unlikely to reduce R&D spend. ‘BASF spent €2.2 billion on R&D in 2021 and I don’t expect this to fall much. BASF’s chief executive is a chemist and aware of the success and importance of R&D to the business, particularly in agrochemicals which is a very important part of BASF’s business. There could be small savings here, but it won’t be a main driver.’

If chemical companies have to stop  production due to astronomical energy costs, this is a disaster for Germany. Without chemistry, our country stands still.

Looking more widely, Bray says he is not sensing any appetite to cut R&D in the sector. ‘Most companies are focused on expanding their speciality chemicals business models, and this sector tends to rely more heavily on R&D.’ Instead, companies are more likely to look at other ways to make savings. For example, Bray thinks the ‘further structural measures’ BASF announced probably refer to reducing its European production of gas-intensive basic chemicals, particularly ammonia. ‘My view is that BASF is considering importing gas-intensive basic chemicals from outside Europe to use for processing in its European sites. Ammonia is a very gas-intensive operation so switching to imports rather than making it itself could produce costs savings.’

While all European businesses are struggling with higher prices for energy and materials, German chemicals companies are facing a particularly concerning time. The situation is deteriorating dramatically, confirms the German Chemical Industry Association (VCI). Business expectations are as low as in the financial crisis, only this time with no prospect of rapid improvement. ‘If chemical companies have to reduce or even stop their production due to astronomical energy costs, this is a disaster for Germany,’ says Wolfgang Große Entrup, VCI’s managing director. ‘Without chemistry, our country stands still.’

But this is what is happening. Some German chemical companies are significantly cutting production. A recent VCI regional survey showed, for example, in the important chemical area of North Rhine-Westphalia, 34% of companies have cut back production while 13% have relocated production abroad and 56% have reduced their planned investments for the coming year. This has resulted in supply bottlenecks for important raw materials with considerable effects on production downstream.

‘There are indeed production cuts and, for example, ammonia imports (from Middle East) to replace energy-intensive production of ammonia in Germany and Europe,’ confirms Reid Morrison, PwC global energy advisory leader. ‘All European-based energy-intensive industries (chemicals, cement, glass, paper etc.) are cutting costs as much as possible, while hoping for some taxpayer money-based relief from high gas prices.’

Prices for natural gas are regional. As a result, US producers have a competitive advantage

Energy costs are six to seven times higher in Europe compared to the US, and this is severely impacting European competitiveness, Morrison continues. ‘There is no gas or energy shortage in the US, while at the same time the US sells liquefied natural gas (LNG) to Europe at high prices. Global chemicals companies in Europe are hit hard and are focused on energy efficiency, substitution and re-shuffling production within themselves to less costly continents (such as the US). The same is happening with chemical companies in the Asia Pacific region, where energy costs are in between the US and European levels, but they are affected additionally by reduced demand from China.’

Chemical producers remain globally competitive in the US, confirms Martha Moore, managing director for economics and statistics at the American Chemistry Council (ACC). Part of the reason for this is that more than two thirds of the total energy consumed by the US chemicals industry is derived from natural gas production. ‘The outlook for abundant and affordable natural gas and natural gas liquids (NGL) is good, due largely to plentiful and affordable domestic supplies,’ she says. ‘Prices for natural gas are regional. As a result, US producers have a competitive advantage when natural gas and NGL prices in the US are [relatively] low.’

However, the chemicals industry is global. The last few months have seen earnings warnings from a range of companies, many headquartered in the US, and all blaming higher energy prices in Europe and lower demand in both Europe and North America. Eastman, Dow, Chemours, Olin – have all expressed concern that global economic conditions are worsening faster than expected.

Looking ahead, Morrison predicts that the US chemicals industry will likely attract investment from European-based global players, and possibly from Asia as well, thanks to relatively low energy costs and aggressive tax incentives. ‘The European chemicals industry will lose ground, in particular, if there is no political willingness to increase energy supply from European resources.’