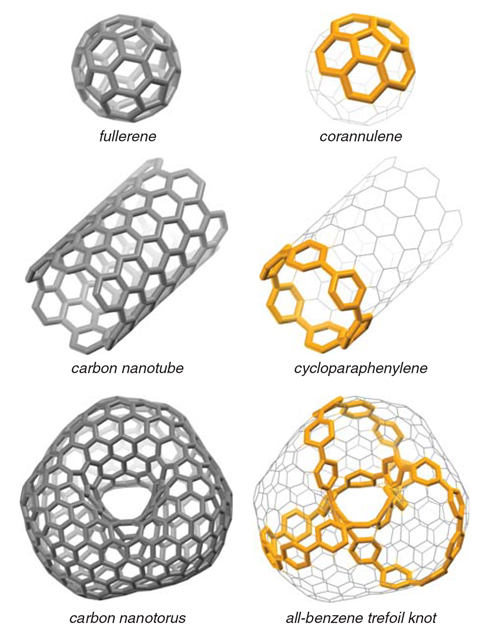 In a world-first, chemists have made two catenanes and a trefoil knot from just benzene rings. The three mechanically interlocked structures are the first to contain only carbon and hydrogen but none of the other heteroatoms that are usually needed to make them.

Since Nobel-prize winner Jean-Pierre Sauvage synthesised the first molecular knots in the early 1980s, chemists have become adept at making interlocked structures. There are big knots with more than 300-atom-long chains, highly complex knots with 16 crossings and one that made it into the Guinness world record books as the tightest knot ever tied.

What all of these compounds have in common are a large number of heteroatoms, like nitrogen or sulfur. These elements can coordinate to metal ions and hold the precursor components in place during synthesis.

Now chemists from Japan have made mechanically interlocked molecules from linked-up benzene rings: a catenane containing two 12 benzene unit rings, another catenane with one 12-ring and one 9-ring macrocycle and a trefoil knot consisting of a single 24-ring chain. 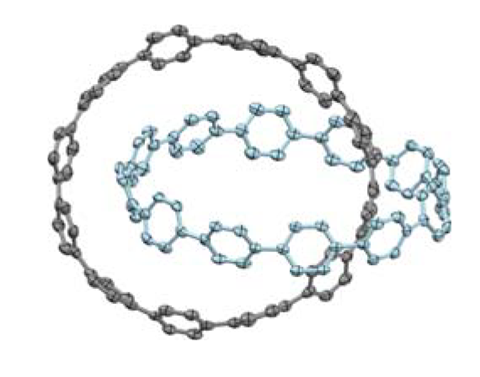 The team made the chains out of biphenyl units joined by 1,4-cyclohexadiene unit, then connected the fragments with a silicon atom. The final steps consisted of removing the silicon, converting the cyclohexadienes into benzenes and removing all the other side-chains with the high-powered reducing agent sodium naphthalenide.

It is a tough synthesis, as is evident in the yields the researchers report. After ‘extensive chromatographic separation’, they produce the trefoil knot in only 0.3% yield based on the silicon-templated intermediate.

Like other knotted molecules, some of which have now found applications in catalysis or as cancer therapies, the all-carbon versions have unusual properties. The trefoil knot looks rigid, but it turns out it moves like a molecular vortex. This molecular motion is so fast the compound only has a single proton nuclear magnetic resonance signal, despite the fact that is has 96 distinct hydrogen atoms.