Scientists have used a bulky, electron-poor ligand to prepare a monosubstituted carbene that can be isolated and characterised at room temperature,1 showing that even extremely reactive species can be stabilised with the right substituent. The compound could have interesting synthetic applications. 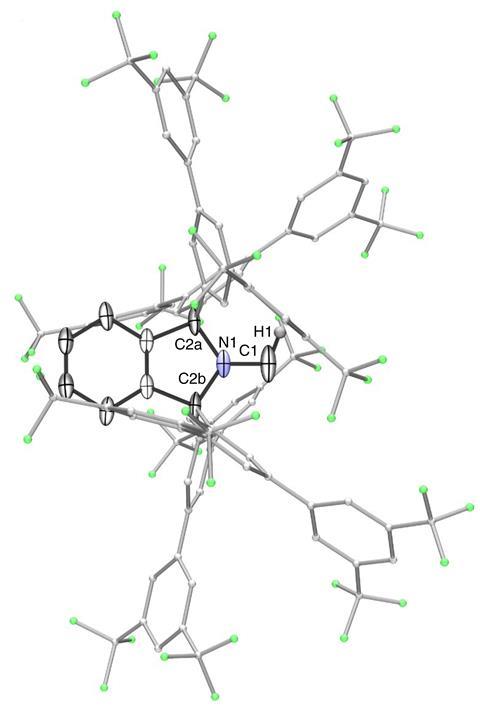 Carbenes are molecules containing a neutral carbon atom with two unshared electrons. They are classified as either singlets or triplets depending on their electronic structure. The parent molecule, methylene (CH2), is very reactive, and for a long time, carbenes were generally thought of as only transient species – too unstable to ever be isolated – until scientists made the first persistent carbenes about 30 years ago.2,3 Since then, several types of disubstituted molecules have been characterised, but isolating monosubstituted carbenes has remained challenging, such species have been observed at very low temperatures.

Guy Bertrand and colleagues at the University of California, San Diego, US, have now prepared the first stable carbene with a single substituent. ‘The Bertrand group has a long track record on how to defy convention and push the boundaries of what is synthetically possible,’ says organic chemist Silvia Diez-González of Imperial College London, UK. ‘They were the first ones to ever isolate a singlet carbene and now they show us that two substituents are not required for these carbenes to be sufficiently stable from a kinetic point of view.’ The team designed a special substituent —a benzo[c]pyrrolidino heterocycle— that helped them overcome the enormous reactivity of the carbene. ‘The bulky amino substituent protects the carbene from dimerisation, both by π-donation and steric hindrance,’ Bertrand explains. ‘To serve as an effective protector, the substituent must be huge and chemically inert.’

Synthesising the new carbene takes just three steps: To start with, the researchers built the bulky amine backbone by one-pot addition of four Grignard reagents to N-methylphthalimide. Then, they oxidised the obtained compound to form the corresponding iminium salt, which was finally deprotonated by a strong base to produce the amino carbene. The scientists characterised the product by NMR spectroscopy combined with density functional theory calculations, and single-crystal x-ray crystallography. 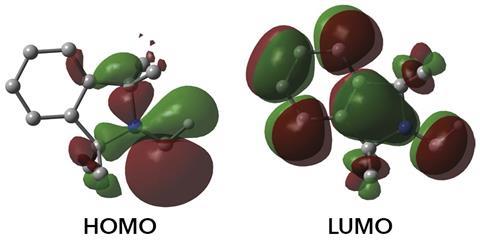 ‘The isolation of amino carbenes was deemed impossible and I am extremely impressed by this work,’ says Peter Schreiner at the University of Giessen, Germany, who recently reported the first spectroscopic evidence for the simplest member of the family, aminomethylene, after trapping it in an argon matrix at 12K.4 ‘It demonstrates that – given proper substitution – many so-called “reactive intermediates” can be stabilised so that they can be generated at will and used as reagents or even catalysts.’ Bertrand mentions that the monosubstituted carbene is still quite reactive. ‘Such a reactivity was so far only known for transient carbenes,’ he says. ‘Our success in isolating this compound is due to the development of bulky amines. We expect these substituents to be suitable for the stabilisation and isolation of other fleeting species.’