Warnings around antibiotic resistance have intensified over the past few years with scientists claiming the world is on the cusp of a post-antibiotic era. In December last year there was renewed urgency to address the problem after news surfaced that bacteria resistant to colistin, the most common antibiotic of last resort, had been found in the UK – after being discovered in China. 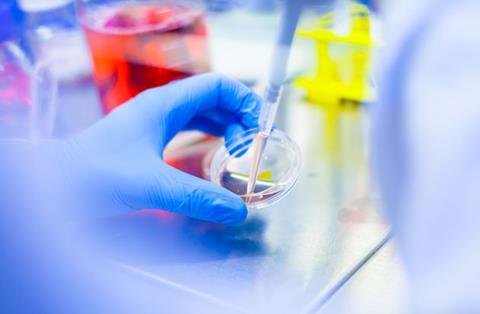 With so few companies carrying out antibiotics research, the pipeline for new products is drying up

The issue of antibiotic resistance has steadily climbed up the political agenda. Now, following discussions on why resistance has occurred, and finger-pointing over the dwindling antibiotic pipeline, the focus has moved to deliberation on how to stop the possible doomsday scenario. The consensus is that an infrastructure of financial incentives will rev up R&D. In July 2014, the UK government’s Science and Technology Committee concluded that if the economic landscape for developing new antimicrobials does not change, the pipeline will run dry.

The existing model is based on price multiplied by volume, explains Kevin Outterson, professor of health law at Boston University and associate fellow at policy institute Chatham House. Companies need to recoup development costs through sales, with more sales meaning greater return on investment (ROI). ‘That gives companies an incentive to sell more antibiotics, which drives resistance. It also keeps companies away from superbugs that might pose a huge threat in a few years, but wouldn’t sell many drugs now.’ With ROI low compared with other therapy areas, such as cancer, antibiotic R&D has not been attractive to many companies.

The current economic model is ‘clearly broken’, claims Neil Murray, chief executive of Redx Pharma, one of a handful of UK firms working in the antibiotic space. This is now broadly acknowledged and, in October, G7 health ministers said they would explore innovative economic incentives to promote R&D, as well as a market entry reward mechanism. But the antibiotic business model is complex.

Boosting research has been the first hurdle. ‘Push’ incentives – aimed at reducing the research risk from the cost of failed products and low ROI – have been suggested, such as public-private partnerships and tax credits that subsidise R&D costs. But funding for research is still an issue. To address this, the UK Government-sponsored Review on Antimicrobial Resistance – led by Jim O’Neill, former chairman of Goldman Sachs Asset Management – suggested a global antimicrobial resistance Innovation Fund of $2 billion over five years, paid for by the pharmaceutical industry. More details on this and his other proposals are expected in the summer.

Other efforts to tackle the lack of funds have seen the formation of the charity Antibiotic Research UK, with funding coming from the public, trusts, foundations and philanthropists, so far raising £250,000. The aim is to raise £30 million over the next five to seven years and produce its first antibiotic therapy by the early 2020s. Meanwhile, crowdfunding to engage the public to help fund and source new antimicrobials has been tried by University College London, UK, raising more than £3000 through pledges and an additional £30,000 from follow-on funding. That said, Adam Roberts, senior lecturer in molecular microbiology at UCL, says this approach is limited. ‘I think antibiotics are so important for every aspect of our society that there is something to be said for a taxpayer-funded research programme’, which would take the funding concern away, he says.

Funding, however, is only part of the economic problem. Even if a money pot exists and promising candidates are found, partnerships with pharma companies will be required for clinical development and commercialisation. ‘An academic cannot do it alone and must have an industrial partner at some stage,’ Roberts notes. Even small companies are reliant on big pharma’s clinical powerhouse to move promising drugs through development.

For this to happen, an incentive or reward will be required. Some in the pharmaceutical industry have suggested a premium pricing model, with higher prices for more ‘valuable’ antibiotics. In the US, a new bill – the Developing an Innovative Strategy for Antimicrobial Resistant Microorganisms (Disarm) Act – would, if passed into law, effectively provide a framework for this. Premium pricing could work in some circumstances, says Mario Ottiglio, from industry trade body the International Federation of Pharmaceutical Manufacturers and Associations (IFPMA). Although, he adds, it would not address either excessive antibiotic use or revenue uncertainty.

Additional incentives looking at the clinical and regulatory landscape should also be taken into account, says Barry Eisenstein, distinguished physician in antimicrobials at Merck. For instance, he says, legislative streamlining of clinical trials to accelerate development and defray costs is required, as is reducing the regulatory burden. He cites the US Gain (Generating Antibiotics Incentives Now) Act of 2012 as positive, which grants five years of additional market exclusivity for qualifying infectious disease products, and has led to more than 60 drugs in the pipeline with this designation.

Under the current business model – in which sales are linked to profit – market exclusivity and patent extensions are indeed attractive to pharma. Other regulatory-based incentives such as fee reductions or waivers, or expedited review pathways that effectively extend the patent life of the drug have also been suggested as attractive options. But regulatory aspects alone are not enough to address antibiotic resistance. Indeed, Louise Leong, former director of R&D policy at the Association of the British Pharmaceutical Industry, has previously warned at a UK Science and Technology Committee meeting that ‘the demand is for [antibiotics] to be available, not necessarily to be used’. Meaning, she says, any extension of the patent would have a limited effect if antibiotics were being held in reserve, while companies would still struggle to recover their investments. 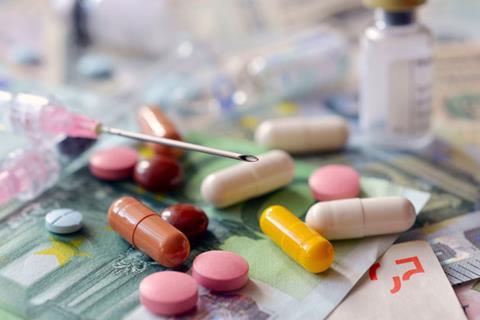 As such, many in the industry increasingly believe a new economic model needs to delink profit from sales through alternative payment streams. Several models have been aired, including insurance premium-type arrangements, up-front purchase of novel antibiotics by national governments upon successful regulatory approval, or license fee models agreed at a national level. The latter model is supported by AstraZeneca because it removes budget pressures, incentivises research and provides a way to assess value.

GlaxoSmithKline, however, supports fixed payments. This has also been proposed by Chatham House and the O’Neill review. Under the O’Neill model, companies with successful antibiotics would receive lump sum payments from a global body. The review team believes this would generate 15 new antibiotics a decade, with the cost of payments for these drugs between $16-37 billion over 10 years. ‘These sums pale in comparison with the costs of antimicrobial resistance,’ the review team notes.

This delinking model, says Ottiglio, ‘reduces uncertainty for companies and budgetary uncertainty for payers, and helps address the drive to increase usage’ by stopping the commercial incentives that promote over-use of antibiotics. But he cautions there are challenges to this model such as the criteria for what is considered innovative.

Another challenge would be agreeing the payment levels. According to GSK, in a Royal Society paper on fixed payments, the firm’s analysis ‘indicates that payments totalling £200 million a year globally for 10 years, triggered by the approval of a novel antibacterial, would provide an ROI at a level that would be attractive to a major pharmaceutical company’. The paper notes that such payments would need to be sufficient to cover the significant cost associated with attrition of molecules that fail to make it to market. But the IFPMA warns in a report last year that identifying the right amount of payment is critical: ‘Too low and companies will continue to disinvest from antibiotic R&D; too high and payers may exit the system.’

The delinking model set out by the Centre on Global Health Security at Chatham House also recommends establishing a global body, but this time financed by individual nation states (though such a financing idea has had limited support when previously suggested by the World Health Organization). This body, Chatham House says, would delink revenue from sales by directly financing R&D of new drugs and then acquiring the drug from the pharmaceutical company at a price based on production costs rather than the recovery of R&D expenses. The policy institute says acquisition could take the form of procurement contracts with companies, purchasing full intellectual property rights, or other licensing mechanisms, with the highest level of financial incentives going to antibiotics that combat resistant pathogens that seriously threaten human health.

Delinking is also being evaluated by US drug company Merck & Co, which recently re-entered the antibiotics space by acquiring Cubist Pharmaceuticals. The firm is also part of the Drive-AB (driving reinvestment in research and development and responsible antibiotic use) project, canvassing a number of possible economic options. The project, involving 16 public and seven private partners and funded by the IMI, is modelling future health needs and the estimated value of antibiotics from all stakeholder perspectives to inform creation of alternative economic strategies and reward models.

Ottiglio says the IFPMA has made seven recommendations of what should be taken into account in the development of a new economic model. Ultimately, he says, any new model has to at least meet the goals of incentivising innovation, preserving antibiotic use and facilitating access to all patients at a global level. ‘In addition, a new business model should reflect antibiotics’ lifesaving value,’ particularly for those that are held in reserve.

An economic solution to the antibiotic dilemma will ultimately have to be multifaceted and all encompassing, Eisenstein believes. ‘We need policies that encourage both push (early research subsidies) and pull (market-based rewards) incentives; improvements in clinical development and regulatory processes; and predictable incentives, including antibiotic reimbursement that better reflects the lifesaving and societal value of these medicines.’ Furthermore, a joint approach with all stakeholders contributing will be needed.

Antibiotic resistance is a complex, global issue. Discussion on economics will continue but, notes Murray, it is critical to reach a rapid consensus on a new model. ‘None of the models will be perfect for everyone involved, but we don’t want to be in a situation where we are still talking about alternative models in 10 years’ time, when the drugs have become completely ineffective against resistant bacteria.’