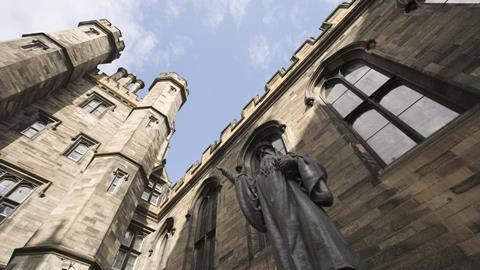 Any delay in guaranteeing the rights of EU higher education staff to live and work in the UK is likely to lead to a significant ‘brain drain’ in talented staff, a cross-party group of MPs has warned. They recommend that the government prepare to ‘unilaterally’ agree their rights by the end of the year, if no reciprocal deal is reached with the EU before then. Over 31,000 – almost one in six – of higher education staff are EU nationals.

Voicing its concerns for the future of higher education after Brexit, the House of Commons education select committee also wants to see a new, less bureaucratic visa for highly skilled academics that features a lower salary threshold.

The MPs are urging the government to end uncertainty over fees and access to tuition fee loans for EU students for the 2018–19 academic year too. EU undergraduate applications were down 7.4% on the previous year, and universities are concerned they’ll lose out to other member states. More broadly, the committee says international students should be removed from the net migration target, and that this would ‘offset some of the risks from leaving the EU’. ‘We recommend the government takes this open approach with all international students if it is serious in its desire for the UK to remain a global leader in higher education.’

In a statement, Alistair Jarvis, UK Universities’ deputy chief executive, said: ‘As large and complex organisations, universities plan for years down the line, so it important that we receive clarity of the government’s positions on these crucial issues as soon as possible.’

Continued access to Horizon 2020 and other EU research programmes should be prioritised in negotiations but the select committee recommends the government be prepared to invest the same level of funding it receives from the EU, if it fails to get access post-Brexit. But in evidence from Imperial College, the committee heard that ‘a simple pound-for-pound replacement of lost income would still be a net loss for science and research’ owing to a predicted decline in collaboration.

To address that concern, and to increase higher education exports, MPs want to see ‘bold new collaborations’ with major research nations like the US. They recommend the government invests more into the Global Challenges Research Fund and the Newton Fund, which build science and innovation capacity and tackle problems in developing countries as part of its overseas development remit.

Universities should also be represented in upcoming trade agreements with countries around the world, and a cross-government strategy for international research and higher education should be developed. As part of its own policy research, Universities UK suggests research should be included as an ‘explicit area of cooperation’ in any free trade agreements.