This record-breaking compound contains over 50% hydrogen 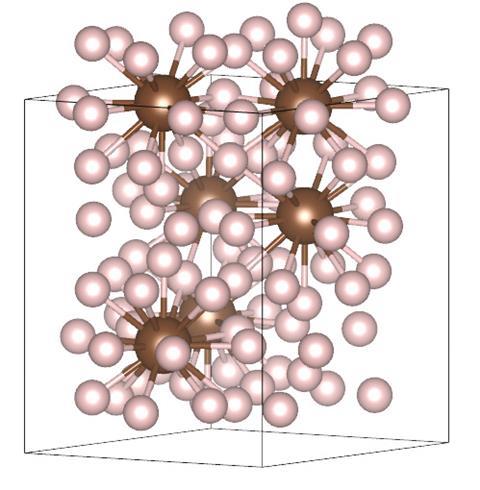 An unusual hydrogen–methane compound formed at extremely high pressure is the first to contain over 50% hydrogen by weight.

Hydrogen and methane are the two most abundant molecules in the solar system besides water. Their interactions at high pressure are crucial to understanding how planets like Uranus and Neptune formed and evolved. Under ambient pressure, these gases interact through weak van der Waals forces, constantly forming and dispersing small molecular clusters at random.

However, high pressures overcome the transient nature of these intermolecular interactions and the molecules organise into distinct stoichiometric clusters called van der Waals compounds. While simple hydrogen–methane compounds like CH4(H2)4 are known, there has been little experimental evidence to back up theoretical suggestions of structures even richer in hydrogen.

Researchers have now created some of these unusual compounds from hydrogen and methane mixtures in a diamond anvil cell. At pressures greater than 5GPa, hydrogen-rich gas mixtures form the small CH4(H2)2 van der Waals compound, which converts to the unprecedented (CH4)3(H2)25 structure as the pressure increases to 10GPa – the pressure at which diamonds form.

This unique compound is 51% molecular hydrogen – or 63% atomic hydrogen – making it the first to owe most of its molecular weight to the lightest atom. Theoretical calculations suggest that the structure is stabilised by the fact that hydrogen’s light nucleus behaves less like a classic particle and more like a quantum mechanical object that tunnels and delocalises. This nuclear quantum effect enables (CH4)3(H2)25 to retain its unusual composition over a broad range of high pressures up to 160GPa.