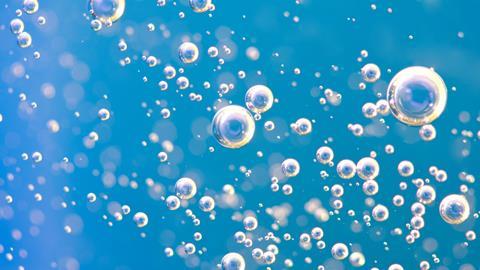 Splitting water into oxygen and hydrogen has the potential to fuel the global economy more sustainably, but the technology is held back by the bottleneck of oxidising water to molecular oxygen. Now, a group of researchers from Trinity College Dublin, Ireland, led by Max García-Melchor, think they have found a way to overcome this hurdle. Using computational models that were traditionally exclusive to heterogeneous processes, they analysed a series of homogeneous oxygen evolution catalysts, and predict that the idea of an ideal catalyst isn’t fantasy and would make water splitting cheaper and more efficient.

‘We wanted to understand why expensive metals like ruthenium and iridium are so active oxidising water, and we decided to focus our calculations on homogeneous catalysts because they have exhibited turnover frequencies two to three orders of magnitude higher than the best heterogeneous systems,’ says García-Melchor. However, they decided to keep using the computational methods traditionally used in heterogeneous catalysis. At first, it seemed this approach did not provide the expected results – the predictions estimated very poor performance for the best ruthenium catalysts. ‘But we suddenly realised that we had overlooked something,’ explains García-Melchor. ‘Our theoretical model did not include a key reaction step that some of the best catalysts undergo,’ he says. The step was an additional one-electron oxidation before the O–O bond formation. As soon as they took this into account the simulation started running like a well-oiled machine.

The calculations García-Melchor and his team made led them to predict that an ideal water oxidation catalyst could exist. Victor Mougel, an expert in electrocatalysis at ETH Zurich, Switzerland who was not involved in this study, explains that ‘an ideal catalyst would mediate the water activation reaction with no energy lost, providing only the required thermodynamic energy for this transformation’. ‘So far, all known catalysts for oxygen evolution require an overpotential – a higher amount of energy than the minimum required, resulting in energy losses,’ he adds. Finding an ideal catalyst would make the process cheaper – energy is the biggest operating cost in water splitting.

García-Melchor believes that new catalysts based on earth-abundant elements could exhibit such ideal performance. This would reduce the costs even further – ruthenium and iridium are extremely expensive – and make water splitting greener and more sustainable.

To perform their computational analyses, the team used reaction descriptors – a physical property that can relate activity to a single value. ‘In heterogeneous catalysis, simple descriptors efficiently describe and predict the catalytic activity of materials,’ explains Mougel. ‘Now, researchers have extended this approach to homogeneous catalysis, which has huge potential to significantly reduce the amount of calculations needed for accurate predictions,’ he adds. The results are already quite promising – ‘they identified a new specific descriptor that is essential to explain and infer the activity of molecular water oxidation catalysts’, Mougel notes. ‘However, chemists will need experimental confirmation of these predictions.’

So far, researchers have only analysed 17 homogeneous catalysts as a proof of concept. ‘Yet, this paves the way to predicting better catalysts analysing larger datasets,’ Mougel says. ‘Machine learning is still blooming in the field of catalysis, but it could become a very effective tool,’ adds García-Melchor. ‘Using the right descriptors, we could train algorithms to suggest better catalysts, and then confirm those results with quantum chemical simulations and experiments in the laboratory, which are usually more expensive and time consuming,’ he says. ‘We are already working in this direction, and we hope to report our new findings very soon.’