Researchers have developed a solar-powered system that splits water at -20°C. The technology could serve as a renewable fuel source in high altitude and polar environments. 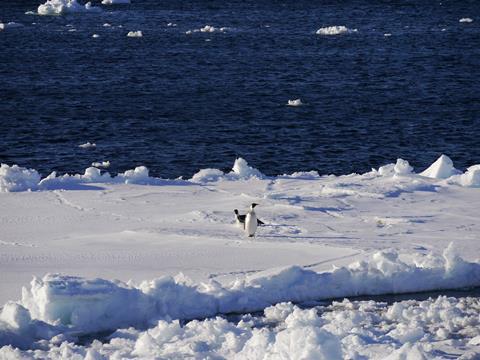 When Kira Rehfeld sent her colleagues penguin photos from an expedition to Antarctica, they were surprised by the sunny conditions

Distributing fossil fuels to remote locations with cold climates, such as research stations in Antarctica, presents a number of challenges. These include the cost and difficulty of shipping the fuel (usually diesel) to these locations and the potential for contaminating delicate ecosystems in the event of a spillage on top of the carbon emissions generated by using them.

Using hydrogen as a fuel source is preferable to fossil fuels as it is renewable and contributes very little, if at all, to the greenhouse effect. In areas where the temperature is regularly below freezing, hydrogen fuel stores easily in tanks, so a method that produces hydrogen locally would go a long way to fulfilling the energy needs of remote populations. A problem with this is that most conventional methods for producing hydrogen do not work well at sub-zero temperatures.

Now, a team of researchers in Germany, led by Matthias May of the University of Ulm, has devised a technology that would allow hydrogen production at low temperatures. The method works by using electrolytes with low freezing points, such as dilute sulfuric acid, to allow the use of water at lower temperatures. This is combined with strict thermal control of the whole device to prevent loss of heat to the environment and to transfer additional heat energy from the solar cell to the electrolyte, resulting in an interior working temperature of around 10°C. 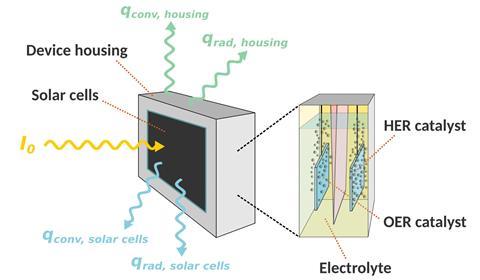 May says that a commercially viable version of this system could see widespread use. ‘Antarctica is an extreme example, but also in places like Mongolia or mountain regions, you have large parts of the year where it’s actually very sunny, but temperatures are close to 0°C or lower … it’s actually quite a fraction of the population of the world that is living in such areas.’

Gary Moore, an expert in water splitting from Arizona State University in the US, says ‘the research enables pathways for developing such niche applications into technologies with global-scale-market penetration.’

Many solar fuel researchers believe hydrogen can wean the world off fossil fuels – Moore sees this work as an important step in making that vision a reality.