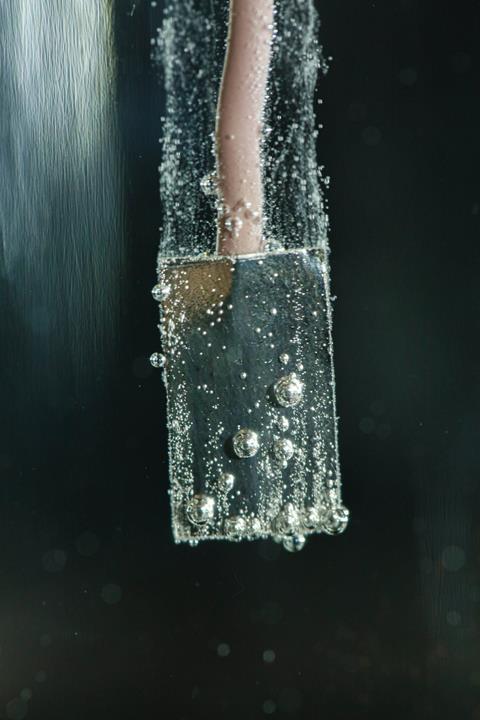 Surface chemistry and electric potential are the two driving forces of electrocatalysis. Until now, researchers assumed the latter drove water oxidation – the bottleneck of water splitting – but new work shows otherwise. It has now been discovered that in electrocatalysed water splitting the breaking and forming of bonds at the catalyst’s surface is what actually controls the reaction, an unexpected finding that could accelerate the development of renewable hydrogen generation.1

‘We show that electrocatalytic oxygen evolution really behaves like traditional catalysis,’ explains Travis Jones from the Fritz Haber Institute in Germany, who co-led the study. Surprisingly, electric potential does not play an important role in the reaction coordinate. The secret of electrocatalytic water oxidation rests on fundamental chemistry. ‘We can apply the same concepts we use in classic thermally catalysed reactions,’ Jones adds.

To show that oxygen evolution is like any other catalytic reaction, the researchers first had to disentangle the effects of potential and surface chemistry, which are intimately connected. They did this by modifying the surface of iridium oxide, one of the best electrocatalysts for water oxidation, by gradually poisoning it with chlorine atoms. ‘When the surface is completely covered in chlorine, any catalytic effects we observe would come from voltage alone,’ explains Javier Pérez-Ramírez at ETH Zurich in Switzerland. The experimental results they observed matched computational predictions – electric potential merely oxidises the surface and doesn’t influences the reaction’s progress. 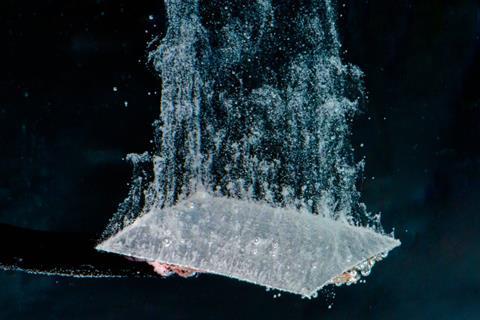 Oxygen bubbles produced by the electrocatalyst during water splitting

‘This is a really interesting way to show the importance of surface chemistry,’ explains Annabella Selloni, an expert in theoretical chemistry and new materials at Princeton University, US. ‘The roles of voltage and surface chemistry are very interconnected, separating [them] is far from trivial.’

Further experiments confirmed the initial observations. Using x-ray spectroscopy, ‘we could see iridium going to higher oxidation states, until it reached a point where it could not oxidise further’, explains Jones. As oxygen starts accumulating charge, it reaches an unusual oxyl (-1) oxidation state . ‘At this point, the reaction starts going,’ adds Jones. ‘Oxygen becomes active, water molecules can attack it and start making the new oxygen–oxygen bond.’ Forging that bond is the limiting step.

This combination of theory and experiments ‘gives a really holistic picture’, says Ifan Stevens, an electrochemist at Imperial College London, UK. These results provide a lot of precise information on the active catalytic species in the oxygen evolution reaction. ‘This is essential to design better catalysts, and potentially reduce the amount of iridium oxide needed,’ he adds. Although iridium is a precious metal, it has some advantages over nickel and iron-based electrocatalysts – it can withstand the highly acidic and oxidising conditions of proton exchange membrane electrolysers. ‘These devices are particularly useful, because they can operate efficiently at high rates and fluctuating power inputs, which makes them ideal for storing intermittent sources of power such as solar or wind,’ explains Stephens.

‘People have been applying a kinetic theory from the 1930s [to electrocatalysis], but we show it doesn’t work for this type of reaction,’ says Jones. Stephens agrees that traditional textbook analyses may be insufficient to explain these phenomena. ‘Previous studies carried out by James Durrant and other colleagues at Imperial2 already showed the rate of water oxidation is often controlled by the population of reactive intermediates,’ he says. This settles it – voltage is important, but does not control the rate determining step.

‘With this new book of instructions, researchers could create more efficient catalysts for other electrocatalysed processes, such as ammonia fixation or carbon dioxide reduction,’ Jones says. Their preliminary results indicate their concept is ‘transferrable’ to other systems, he adds.