Iupac names 10 chemistry innovations that will change the world

Nanopesticides, MOFs and 3D bioprinting among potential breakthrough technologies for a sustainable future

For it’s 100th anniversary, the International Union of Pure and Applied Chemistry (Iupac) has released a list of 10 chemistry innovations – technologies in between discovery and commercial product – they think will change the world.

Ranging from the obvious, plastic recycling for example, to the more obscure, like reactive extrusion, a panel of five judges from industry and academia selected 10 technologies that have the potential for making the planet more sustainable. Some, like flow chemistry, are already seeing widespread use while others, like solid state batteries, are still in their infancy.

Iupac will release the next line-up of world-changing innovations in 2020. Nominations will open in July this year.

Nano-formulated pesticides can deliver active ingredients where they are needed without polluting the environment or – as neonicotinoids have been accused to do – indiscriminately kill essential wildlife. And more efficient agrochemicals are urgently needed to support a global population that will reach 10 billion by 2050.

So far, only a few studies have shown that nanoagrochemicals are actually more efficient than their traditional counterparts, and none of them have been tested in the field yet. 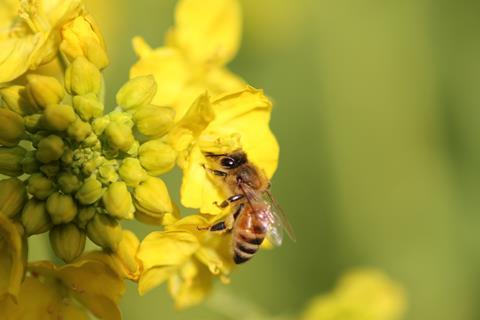 Nanopesticides have the potential to stop pests, without hurting bees

The idea of replacing expensive and unsustainable metal catalysts with small organic molecules is enticing for synthetic chemists. Organocatalysts are often more robust than their metal cousins, and some types – like sugars and amino acids – are easily available as single enantiomers. There are now hundreds of enantioselective organocatalytic reactions – from proline-catalysed aldol reactions to the Shi epoxidation, which uses a modified fructose catalyst.

There are some reactions – like carbon–carbon couplings – in which metal catalysts seem to have the upper hand. But that is changing, as a recent phosphorus-catalysed cross-coupling has shown.

They are lighter, perform better at high temperatures, store more energy and aren’t flammable – all-solid batteries have the potential to outperform the omnipresent lithium ion battery. But while there are some examples, including one by battery inventor John Goodenough with glass as the electrolyte, none of them are workable yet. And the technology is still very expensive.

Flow synthesis has already proven to often be cheaper, higher yielding, less wasteful and sometimes safer than batch production, both in the laboratory and on an industrial scale. It also lends itself to automation, allowing chemists to run thousands of reactions a day. Combining continuous flow chemistry and polymer synthesis can produce compounds that would be hard to make in a flask.

Flow synthesis requires specialised equipment, although there are some unique low-cost solutions.

Mechanochemistry – inducing reactions though mechanical forces – sometimes makes processes possible that are hard to do by traditional solution synthesis. But scientists are still struggling to understand how the process works on a molecular scale.

That hasn’t kept them from trying to scale up mechanochemical processes. Reactive extrusion is a polymer manufacturing technique combining synthesis and shaping into a single, solvent-free process. It’s essentially solid-state flow chemistry and could be a way to scale up mechanochemical syntheses. Chemists have already demonstrated that they can make MOFs by screw extrusion. 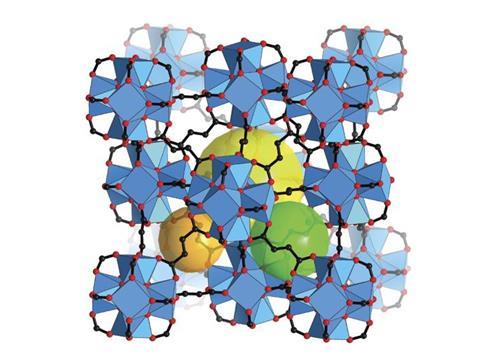 A device made from this MOF can capture and release several litres of water per day using only sunlight, with no additional energy required

Gas separation, catalysis, carbon capture – metal–organic frameworks might be able to do it all. MOFs have already made it into commercial products like gas storage. The Iupac judges were particularly intrigued by the sponge-like materials’ ability to capture water from air, even in humidity as low as 20%.

Recognised with Frances Arnold’s share of the 2018 chemistry Nobel prize, directed evolution produces enzymes that perform reactions new to nature. No natural enzyme makes carbon–silicon bonds or highly strained carbocycles. And while these molecules can also be made by traditional synthesis, it might involve costly or dangerous reagents.

Lab-evolved enzymes have already proven that they are at least as good as chemical catalysts, for example during the manufacture of antidiabetic sitagliptin. But Arnold thinks that scientists are not even close to the limits of what directed evolution can achieve.

8 Turning polymers back into monomers

To stem the growing tide of unrecycled plastics, scientists have long been looking for ways to break polymers down into their monomers. Intense research efforts have been focused on plastics that break down naturally in the environment as well as processes to reclaim common polymers. Chemists have even found plastic-eating microbes.

But for now, the raw material for making plastics – crude oil – is still so cheap that no recycling process can compete, though that might change in the future. 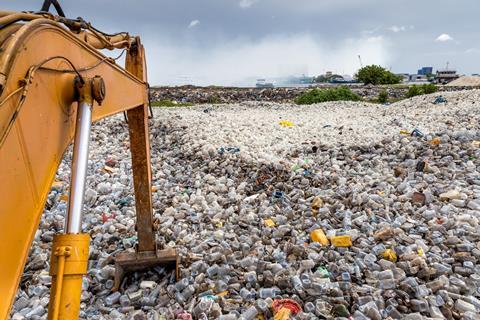 This process relies on radicals that can be deactivated and reactivated. RDRP has been a boon for tailored polymer synthesis since its invention 20 years ago and is now the most used polymerisation reaction. But there is still room for improvement, including more metal-free and light-mediated methods, those that work in flow systems or water as a solvent – or even a combination of all of them.

The most sci-fi sounding item on the list could eventually see medical implants or entire organs being printed out of living cells. Researchers have already printed bones, blood vessels, trachea and cartilage structures. While entire organs remain out of reach, large companies like L’Oreal, BASF and Procter & Gamble are investing large sums in skin bioprinting for creating skin grafts out of a patient’s own cells. 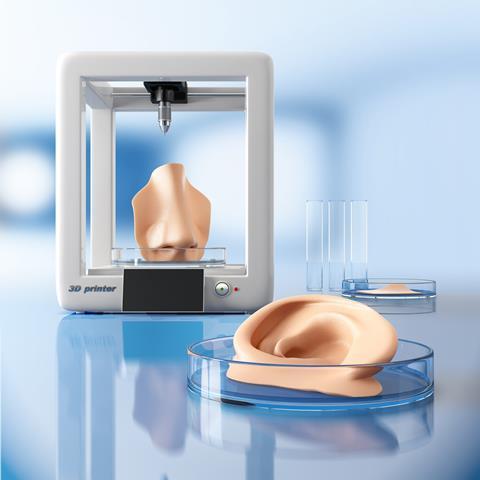