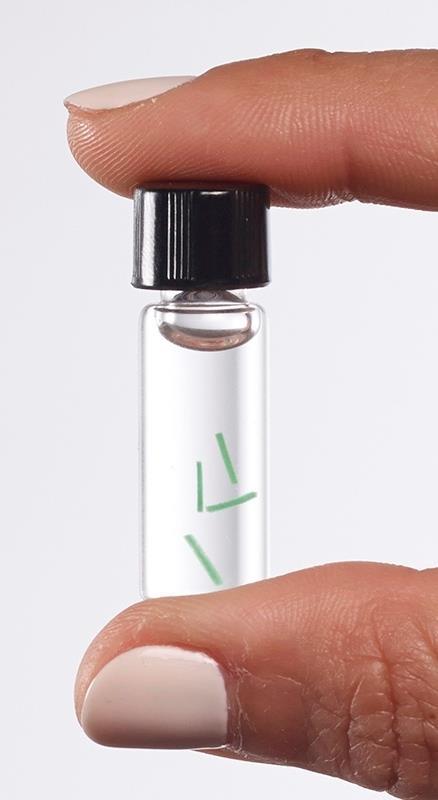 The implantable sensors produced by Profusa have already been road-tested by one its developers. The passive sensor is still working four years after she had it implanted

Although smaller than a grain of rice, a phosphorescent hydrogel implant that monitors tissue oxygen could end amputations in people with blocked blood vessels or help athletes design better training programmes. The first of these tiny but durable devices has survived more than four years – implanted in the foot of the researchers who created it.

Having spent five years as a graduate student working with biosensors, Natalie Wisniewski realised that the body often rejects implanted sensors when their coating – supposed to keep the foreign object hidden from the immune system – fails. The oxygen sensor Wisniewski has now developed at her San Francisco-based company Profusa doesn’t have this problem: made entirely out of poly(2-hydroxyethyl methacrylate), a jelly-like hydrogel used in contact lenses, the 5mm-long device can stay in the body for years.

Presenting her work at the American Chemical Society meeting in New Orleans, Wisniewski explains that the sensor doesn’t have a power source or electronics. Nevertheless, it allows the researchers to measure tissue oxygen levels by placing a small optical reader on the skin. The reader sends out infrared light, which phosphorescent porphyrin dyes in the hydrogel absorb and then re-emit. At higher oxygen concentrations, the dye’s phosphorescence becomes weaker. 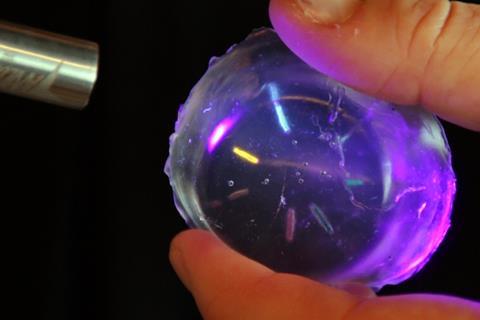 Wisniewski and her team have already tested the sensor in the clinic, where it helps doctors treat arterial blockages. ‘By injecting a network of the sensors, we can monitor oxygen while the patient is on the surgical table, to give real-time feedback to see if, for example, placing stents is having the desired effect,’ Wisniewski explains.

However, the sensors could also help healthy people better understand how their body reacts to food or exercise, Wisniewski points out. ‘I was the first healthy volunteer in our clinical trial,’ she recounts. ‘It was an amazing experience to see in your own body how sensitive our tissues are to fluctuations in oxygen.’ Although the sensor will eventually stop working as the dye molecules succumb to photobleaching – irreversible chemical changes that make them unable to phosphoresce – Wisniewski’s four-and-a-half-year-old implant is still working. 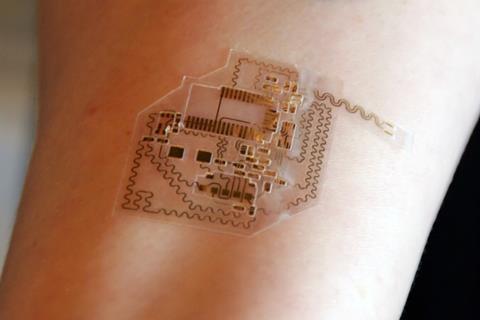 Profusa’s implanted sensors may communicate with a flexible, wearable component, which is being developed by Michael Daniele and Alper Bozkurt from North Carolina State University

Michael Strano, a chemical engineer at the Massachusetts Institute of Technology, US, says that there is a lot to be discovered by getting implants to collect real-time health data. ‘After all, the body is nothing but a big, chemical signalling intranet,’ he points out. However, not knowing what the health benefits might be is holding the field back, he says. ‘It’s a catch-22: for some applications you need the implantable sensor data to understand why they might be beneficial.’

The Profusa team is now working on dyes that react to other body chemicals like carbon dioxide or glucose. ‘Something that’s very easy – inject and forget – will make a tremendous impact in the field of diabetes,’ Wisniewski says.