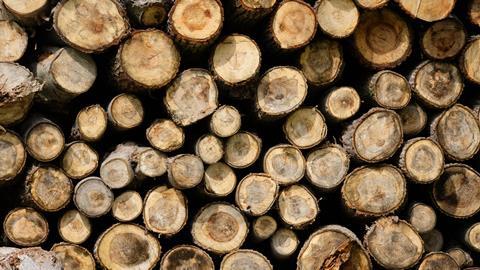 Scientists in China have developed a method to produce ethanol using the renewable resources lignin and carbon dioxide for the first time.

The process uses a ruthenium–cobalt catalyst and involves three cascade reactions – breaking the ether bond, a reverse water–gas shift reaction and forming a new C–C bond to produce ethanol from lignin (or its aryl methyl derivatives), carbon dioxide and hydrogen. Ethanol is currently produced via ethene hydration, or fermentation. It is widely used as a solvent, feedstock and fuel, as well as in medicine, so producing it from abundant renewable resources is highly desirable. 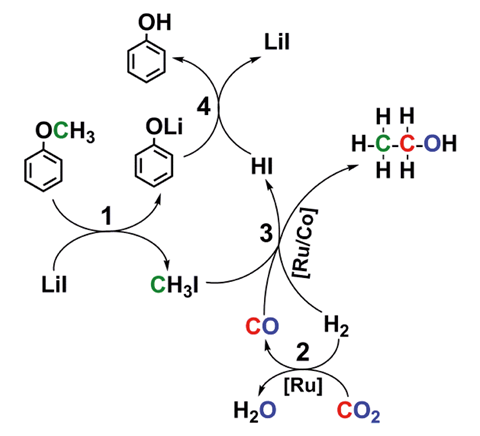 Lignin is an industrial waste product but it is rarely used in the chemical industry and large amounts of it are burnt as a low-grade fuel and effectively wasted. Despite the quantity generated, industry does not capitalise on lignin’s potential to produce valuable compounds because depolymerising it usually forms mixtures of products that are difficult to separate and purify. ‘It is a great challenge to produce a chemical with high selectivity because of the complex structure of lignin,’ says Qingli Qian from the Institute of Chemistry, Chinese Academy of Sciences, China, who, along with his team, are behind this process where ethanol is the only liquid product.

The process has been successfully tested with a range of aryl methyl ethers, which are commonly used as model compounds for lignin as well as lignin from different sources, demonstrating the effectiveness of this approach. Bin Yang at Washington State University, US, says ‘this new method opens up new avenues to turn the current cellulosic ethanol biorefinery’s two waste carbon streams into ethanol.’ He is optimistic about future work, and says ‘the design of a closed loop process would move to a higher carbon yield on the lignocellulosic ethanol biorefinery route.’