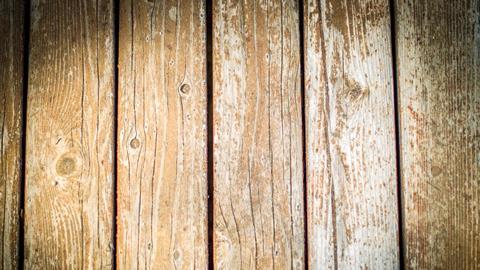 Wood has been vital in the development of human civilisation. Brian Clegg looks at the compound at its heart

They say that wood warms you twice – once when you chop it, and again when you burn it. But we can add a third time: when it is used to make the cosy buildings you live in. This week Brian Clegg looks at the compound that grants wood its huge range of properties.

In a world where metals and plastics often dominate, it can be easy to forget how important wood has been to the development of human civilisation. A universal building material, a craft essential and a source of heat, all naturally supplied. Even today you’ll find it in most buildings. And at the heart of wood’s versatility is a complex aromatic polymer named lignin. 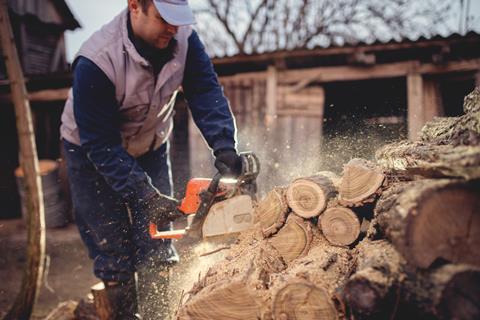 Lignin does what it says on the tin, its name derived from the Latin for wood, lignum. Having said that, although the compound’s role in tree wood is probably most significant, lignin also occurs in plants with the same kind of structure for distributing water and nutrients, the vascular plants, which include ferns and flowering species. Not surprisingly, this means there’s a whole lot of lignin out there, second only as an organic polymer to the ubiquitous cellulose and contributing to about 30 per cent of biomass.

Strictly speaking, lignin is not a compound but a whole family – the exact makeup varies from species to species. Each has a repeating format, with a unit that will typically contain a carbon ring, a short carbon chain, two to four oxygen atoms and sometimes a small number of methyl groups. Unlike many other polymers found in nature, though, lignin doesn’t have a standard structural pattern – there is no equivalent of, say, the elegant helical backbone of DNA. Lignin forms random looking structures in the cell walls of plants. Here, that untidy network makes for added rigidity – hence the importance of lignin in wood. Its function has been likened to the epoxy resin in fibreglass, with cellulose playing the part of the glass fibres. However, this is not the only role that lignin plays.

There’s a reason this compound is found particularly in vascular plants. Cellulose and several other compounds in cell walls are hydrophilic, attracting water and allowing it to pass through. But in the cells that act like a vascular plants’ arteries, water and nutrients must be passed along the tissue efficiently – particularly in trees, where there can be a significant distance between the new growth and the roots. Lignin is hydrophobic, repelling water – so the network of lignin in the cell walls acts to keep the fluids needed for life in place. 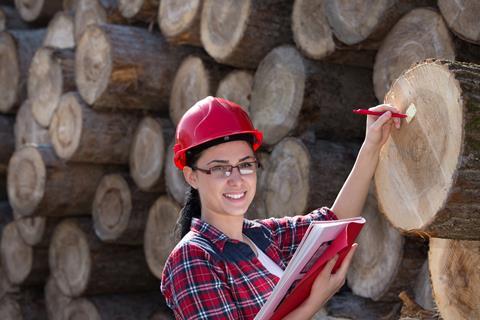 There’s a secondary implication of this ability that has proved highly useful to humans. When the compound was first identified by Swiss botanist Augustin Pyramus de Candolle in 1813, he noted that it did not dissolve in water. Once a plant is dead, lignin is far slower to break down than many of the other organic compounds in the plant’s cells. This contributes to our ability to use wood as a versatile structural material, as well as influencing the way that rotting plant matter holds onto a significant amount of nutrients in compost, and enabling the formation of the fossilised carbon fuels such as coal and oil that made the industrial revolution possible. Without lignin’s slow breakdown, far more of the carbon would be quickly distributed through the soil, less likely to be concentrated to form a fossil fuel. What’s more, it’s the presence of significant amounts of lignin in wood that makes it a good fuel, as with a higher carbon and hydrogen to oxygen ratio than other common plant compounds, it produces more energy on burning.

The relationship of lignin to fossil fuels is also shown in new ways that the compound could be used – as a replacement raw material for products which currently depend on oil. Lignin has been used experimentally to produce plastics, carbon fibres, polyurethane foam and biofuels. When extracted, lignin also has the potential to be useful because it is a multi-polarity molecule. Although it has hydrophobic sections facing the cell wall, it also has hydrophilic parts. Such molecules are useful in products that involve producing emulsions, or that manipulate other molecules, such as ion exchangers. Although as yet such production is only on a small scale – one of the first commercial plants went on stream in Canada in 2016 – it is encouraging environmentally, as lignin-sourced products would be carbon neutral should they degrade, or carbon negative if they don’t. Unlike fossil fuels, the carbon used to produce them will have relatively recently been taken from the air by the plants from which they are derived. A whole biorefinery industry based on lignin with a stream of outputs in the same way that oil is currently fractionated has been envisaged for the future.

Lignin is, in many ways, a hidden gem. We don’t get to see its complex structures because they are broken into pieces when it is extracted from a plant – but without those structures we would neither have trees and flowering plants, nor would we have all the benefits that wood has brought to humanity. And even if we don’t use wood directly as much as we used to, lignin’s potential to provide a green source to replace the roles of oil mean that it will continue to be essential for a long time to come.

Brian Clegg on the ubiquitous and versatile aromatic polymer: Lignin. Next week, a cleaning solution so aggressive that researchers looked to one of nature’s more scary animals to give it a name.

It might be named for the fact that it ‘eats’ all organic matter it comes into contact with. Or perhaps it’s because of its propensity to boil vigorously when it reacts with organic matter, or even while it is being prepared, causing it to resemble the piranha feeding frenzies depicted in horror movies.

Join Sam Tracey next week to learn more about piranha solution. Until then, get in touch with any questions or comments – email chemistryworld@rsc.org or tweet @chemistryworld. I’m Ben Valsler, thanks for joining me.