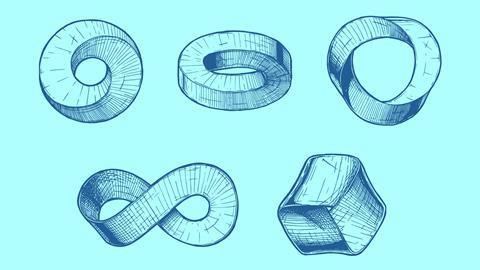 For the first time, researchers have achieved electrophilic substitutions – characteristic reactions for aromatics – in metal-containing Möbius aromatic compounds. ‘It undoubtedly shows the aromaticity of these molecules through reactivity,’ says Judy Wu, an expert in aromaticity at the University of Houston, US, who wasn’t involved in the study.

The electrophilic substitution, like Friedel–Crafts reactions, is a textbook example for aromatic reactivity. But while the reaction is used routinely with classic, Hückel aromatic compounds, little is known about whether and how it proceeds in non-classical aromatics. Möbius aromatic molecules feature twists within the conjugated π-electron system. Among them are some metallacycles, in which the metal’s d-orbitals induce a phase change that ‘reverses traditional Hückel rules of aromaticity’, says Wu.

A team led by Haiping Xia and Hong Zhang from Xiamen University in China has now demonstrated that Craig-Möbius aromatic osmapentalene indeed undergoes electrophilic substitutions instead of addition reactions, which are typical of non-aromatic unsaturated organic compounds. ‘So far, no comparable reaction existed for Craig-Möbius molecules, […] this will provide useful insights to understand unusual π-conjugated skeletons,’ explains Xia.

The researchers demonstrated the aromatic nature of osmapentalene by reacting it with chemical analogues of chlorine and bromine . ‘The reactions have excellent efficiency and remarkable regioselectivity,’ says Xia. The electrophiles usually insert near the osmium centre . The team also carried out computational calculations and experiments with bigger of Craig-Möbius aromatic metallacycles, including fused metalla furan, metallapentalene and metallabenzene.

‘Sometimes the study of aromaticity feels a bit far from reality, [but] chemical evidence is key to ground the concept,’ says Wu. ‘In the beginning, Möbius aromaticity was a theoretical imagination, now [these] exciting examples show aromatic compounds look different from benzene yet behave similarly.’ Typically, chemists rely on indices such as molecular geometry, magnetic and electronic effects to gauge aromatic effects, but reactivity is the ultimate confirmation. 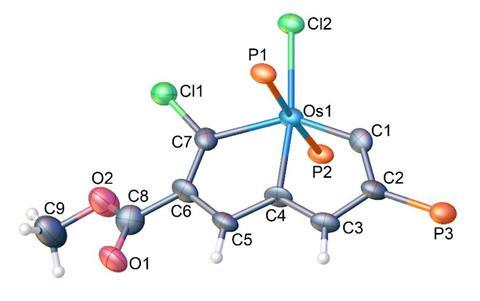 ‘The chemistry of Möbius compounds is driven by theoreticians, and it takes a long time until experimental results come along,’ says Henry Rzepa, an expert in Möbius aromatics at Imperial College London, UK. In case of aromatic metallacycles, the metals seemed too reactive to allow transformations around the rings. ‘It’s fantastic to see the aromatic [reactivity] landscape extended and new reactions unravelled.’

Rzepa dreams of combining unusual aromaticity with another chemistry concept – chirality. Although osmapentalene is technically planar, ‘many Möbius motifs are chiral and asymmetric’, he explains. Xia reveals his group is already working on similar ideas.