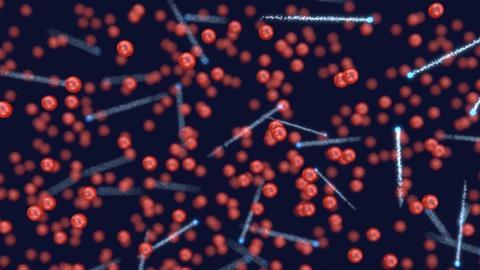 It has been over 80 years in the making but the metallic form of hydrogen has finally been created in the lab at extreme pressures. Isaac Silvera and Ranga Dias from Harvard University in the US estimate that they subjected hydrogen to 495 gigapascals (GPa), 4.95 million times the standard pressure exerted by Earth’s atmosphere. ‘It’s the first time that metallic hydrogen has existed on Earth,’ Silvera tells Chemistry World.

Yet, with this achievement long prized in the high pressure science community, Silvera’s rival experimentalists have responded with extreme scepticism. Eugene Gregoryanz, whose University of Edinburgh team took hydrogen to 380GPa in 2016, expects the study to be debunked within a year. Doubts centre on approximations used by the Harvard researchers in measuring the pressures involved.

Modern calculations suggest metallic hydrogen could be a valuable room temperature superconductor and stable on returning to atmospheric pressure, and in its dense form also potentially useful as a rocket propellant. University of Cambridge materials scientist Chris Pickard is one of those trying to predict metallic hydrogen’s properties, and the pressure at which it might form. ‘Interestingly, it’s been settling down around the pressure that [Silvera and Dias] have found,’ Pickard says. 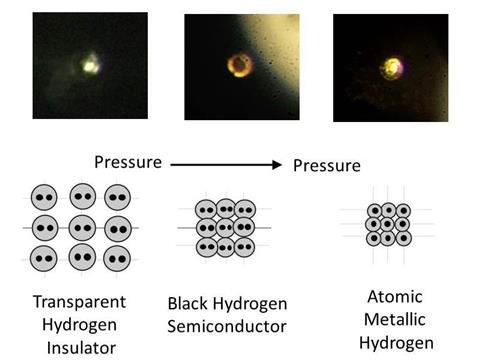 Crushing hydrogen so comprehensively means squeezing it between micrometre-scale points in diamond anvil cells (DACs). At such extreme conditions, however, diamonds regularly break, especially because they become brittle when hydrogen works its way among their carbon atoms. Consequently, Silvera and Dias were extremely cautious, starting by making anvils from synthetic diamonds that are less likely to have defects than natural ones.

‘We remove five or six microns of the surface and the possible defects that might be there,’ Silvera explains. ‘Then we coat the diamonds with alumina as a diffusion barrier against hydrogen. We never let the diamonds get above 80K, because at low temperature you supress diffusion. We put a lot of attention into getting good alignment. And we don’t shine intense laser beams at the sample until the end, because it’s known that lasers break diamonds.’ However, the final measure casts a shadow over what researchers can learn from the experiment, because they rely on lasers to gather information.

Silvera and Dias assert that their hydrogen sample is metallic because it became reflective, which they can see with laser beams that don’t damage the diamond. They also use lasers to measure the pressure the hydrogen and diamond experience, largely by monitoring variations in the light wavelengths the materials absorb, which indicate structural changes. However, above 335GPa that does require damaging beams, and so past that point they only risked one pressure measurement, when they had observed reflection.

The resulting pressure estimations in the paper are ‘strange, if not incorrect’, according to Mikhail Eremets from the Max Planck Institute for Chemistry in Mainz, Germany. Dias and Silvera find that pressure changes in direct proportion to the force applied by turning the screws that crush the anvils together. That’s not what Eremets has observed in his own high pressure hydrogen research. The Harvard scientists extrapolate this relationship to get the 495GPa measurement, he explains, whereas if they’d used the more conventional pressure–force relationship they would get 590GPa. That stretches plausibility, he underlines. 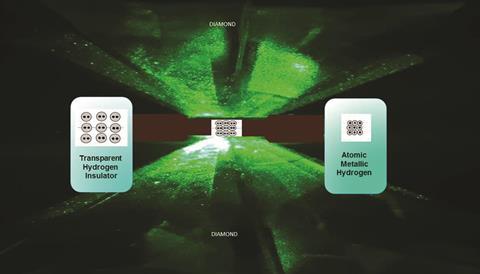 ‘They might be lucky,’ Eremets says. ‘They used good diamonds, maybe it helped. But we’ve done the same for three years at least. In our experience it’s impossible to reach such high pressures.’ He’s therefore ‘very surprised’ the paper was published.

Gregoryanz’s many objections include – but go beyond – pressure measurements. He also questions whether the Harvard team even saw metallic hydrogen, and suggests they might instead be measuring a rhenium gasket used in the DAC. ‘The changes in reflectivity are too big to believe it’s actually hydrogen,’ Gregoryanz says.

Paul McMillan from University College London notes Silvera’s team is ‘known internationally for careful and pioneering work’. ‘Although the researchers record the existence of a metallic state, they could not conclude on the crystalline nature of the sample,’ he adds. ‘Now the worldwide community, including extreme conditions researchers, planetary physicists and energy scientists, will look forward to discussing and debating these new data.’ Pickard echoes this. ‘As a landmark scientific result, this will have to stand up to the scrutiny of the experimental groups, but it’s very exciting,’ he says.

Silvera stands by his results but accepts that the pressure measurement may be revised. ‘In high pressure research things aren’t always well calibrated,’ Silvera says. ‘If people disagree, they should go to measure it and try to show that it’s different than what was claimed.’ Among the next steps for his own team will be measuring the high pressure hydrogen sample’s conductivity directly.

In the meantime, many have already visited Silvera’s lab to see the DAC containing a 10µm diameter hydrogen particle that they believe is unique in the planet’s history. ‘After we made it we told the staff here at Harvard,’ Silvera says. ‘We got 200 or 300 people come to see it, it went on all day.’