Look at the structures of the top-selling drugs and you’d be hard pushed to find one without a carbon–nitrogen bond. They’re tricky bonds to make and chemists normally generate them by using nitrogen compounds as nucleophiles. Daniele Leonori, however, has a more radical strategy. Literally. 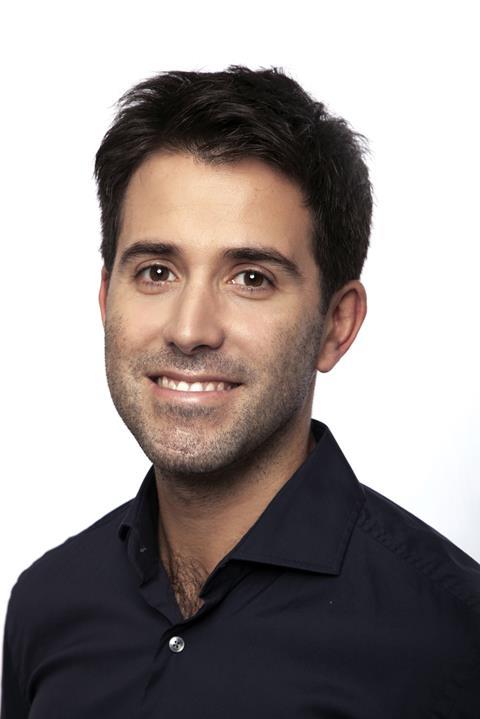 ‘There’s a lot of fantastic [carbon–nitrogen] chemistry that has been benchmarked over decades,’ explains Leonori. ‘But by going through a nitrogen radical like we do … we completely change the reactivity of the nitrogen species. Therefore, we can construct these molecules in different ways.’ In some cases, this approach can shorten the chemical synthesis of an important pharmaceutical or agrochemical compound.

Another important aspect to Leonori’s work is how he uses photocatalysis to generate those radicals. Most organic molecules don’t absorb light in the visible range (390–700nm), but visible light will excite metal complexes, which can then induce electron transfer processes to create radical nitrogen species.

Leonori has worked with nitrogen compounds since his PhD at the University of Sheffield, UK, with Iain Coldham. ‘When I decided that I wanted to become an academic and started to write proposals to get my job at the University of Manchester, I set out to do something that was different from everybody else. A lot of chemists were looking at redox catalysis, and radical chemistry, but not many were actually thinking about nitrogen radicals. I just thought that was a nice window of opportunity.’

He says there have been a lot of misconceptions that radical chemistry is difficult, unselective, or the chemistry works but you get unclean reactions with a lot of byproducts. ‘This is not entirely true, but often comes from the way the radicals were made in the past – sometimes the reactions required very high temperatures or very high energy light, which could end up giving you a mess in your reaction. But when I look at literature from the 1980s or 1990s, I think some of those reactions are amazing. And with photocatalysis, because the reaction conditions are so mild people are starting to realise its potential. In a lot of cases, we’re redeveloping chemistry that was discovered maybe 30 years ago.’ In 2018, the Leonori lab reported a photoinduced strategy for preparing remotely functionalised nitriles and ketones1 that was inspired by chemistry pioneered by Alexander Forrester and Samir Zard in the 1970s and 1990s, respectively.

Looking through old papers is how Leonori generates many of his ideas, although he is keen to dispel any impression that he is solely responsible for the discoveries made by his group. ‘It’s teamwork. Having really motivated and excited people in my group has led to much of what I’ve achieved.’ One of the first things he says to new members of his group is that they shouldn’t be afraid of disagreeing with him. ‘I want people to challenge what I have to say. If they were to just follow what I said we wouldn’t get anywhere. A couple of people have been fantastic at doing that and that has led to all our major discoveries.’

Leonori says he looks to recruit people with different expertise to those already in the group. ‘I’m not keen on appointing people who have already done photocatalysis or radical chemistry.’ In particular, he mentions recent postdocs who were inorganic and medicinal chemists: ‘They made a profound impact to how my group approached chemistry. It changed how we looked at everything.’

Collaboration is also important to Leonori. Two of the PhD students in his group have been funded by Industrial Cooperative Awards in Science & Technology from the Engineering and Physical Sciences Research Council (EPSRC), working with James Douglas at AstraZeneca as their co-supervisor. Having a local industrial connection – Douglas is just 20 minutes train-ride away in Macclesfield – meant regular visits were possible, which led to ‘a continuous flux of ideas and discussions’ that included all members of the group. ‘It instilled in my group the importance of doing something that might have an industrial relevance.’ 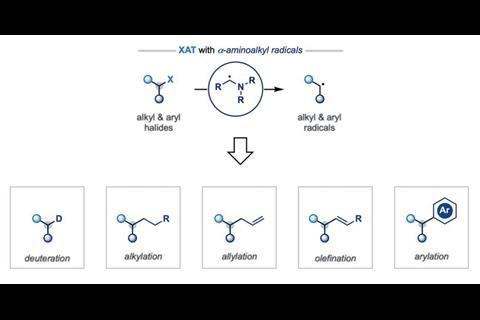 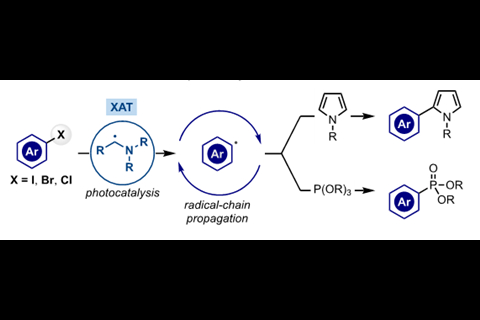 α-aminoalkyl radicals can be used as both initiators and chain-carriers for the radical coupling of aryl halides with pyrrole derivatives, a transformation often used to evaluate new highly reducing photocatalysts 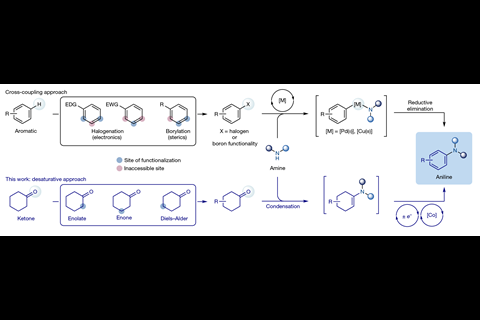 The team developed this approach for making anilines, which uses non-aromatic precursors and light, and bypasses some of the frequent selectivity issues of aromatic chemistry

Leonori was recently named the chemistry laureate of the 2021 UK Blavatnik Awards for Young Scientists. He describes the international recognition associated with the award as phenomenal. ‘It’s great for my CV and profile. That’s why I’m really grateful.’ He plans to spend some of the $100,000 (£76,000) cash prize on attending conferences he wouldn’t otherwise be able to attend , since ‘interacting with other scientists and giving lectures is one of the best and most enjoyable parts of being an academic,’ he says.

It must also be satisfying to see your research changing the way important molecules are made. Leonori works with some short-lived species but it’s clear his career expanding the synthetic toolbox for creating carbon-nitrogen bonds will be far from short.