Pfizer–BioNTech vaccine gains emergency approvals in US, Canada and beyond

The UK has begun vaccinating vulnerable populations, following emergency approval of Pfizer–BioNTech’s Covid-19 vaccine on 2 December. But the move has prompted political clashes in Europe and the US. Meanwhile, the vaccine has also been approved for emergency use in Canada, Bahrain, Saudi Arabia and the US. 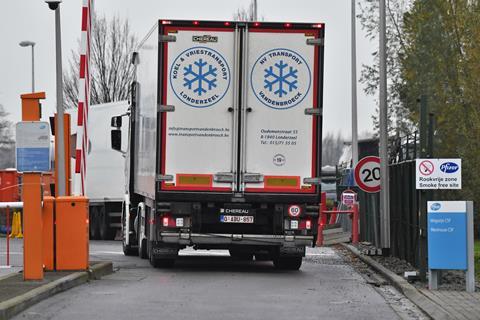 Decisions on vaccines from Moderna and the University of Oxford–AstraZeneca (AZ) are expected to follow in the coming weeks, and trials on several others are nearing completion.

After the UK Medicines and Healthcare products Regulatory Agency (MHRA) made its decision, British politicians tried to claim the Brexit had enabled the UK to adopt a faster process, and that the UK’s scientists were somehow superior to their European colleagues. These claims were rapidly dispelled by the MHRA itself. The emergency authorisation pathway the agency adopted is available to all EU member states, although others have chosen not to pursue it – opting to wait for the EMA’s decision.

‘There is a bit of nationalism going on,’ says vaccine scientist Kingston Mills at Trinity College Dublin, Ireland. ‘I’m not saying [the MHRA] did it for political reasons, but I think they expedited it because they wanted to be first.’ However, Mills emphasises that suggestions that the agency’s review process is any less thorough than elsewhere are unfounded. ‘The MHRA is a very professional organisation,’ he says. ‘They would not license that vaccine unless they were happy with it.’

Also on 10 December, a US Food and Drug Administration (FDA) advisory committee recommended that this vaccine receive emergency use authorisation. On the same day, detailed safety and efficacy data for the vaccine were published in the New England Journal of Medicine. The FDA granted emergency authorisation on 11 December, and another FDA committee will consider the Moderna vaccine on 17 December.

If it turns out some of the vaccines prevent infection, as well as disease, that is significant advantage. That’s the holy grail of any vaccine

The EMA has said that it will complete its review of the Pfizer–BioNTech vaccine by 29 December at the latest, and Moderna’s by 12 January. The EMA does not operate across Europe in the same way the FDA does in the US, says Stephen Evans, an epidemiologist at the London School of Hygiene & Tropical Medicine, UK, and long-time EMA adviser. Instead, each vaccine application will be reviewed by two EU states, which report back so that the 27 countries can decide on approval.

‘For some time now, EU member states have taken on the workload of the UK,’ says Evans. The EMA process ‘must inevitably take longer’, he says, but has advantages too. ‘If, in March, six new vaccines all came in at once, the EMA would parcel those assessments to 12 different member states, and they’d all be done in parallel,’ while the UK (having left the EU by then) would need to review all six itself.

Oxford–AZ have questions to answer

Regulators will also soon make decisions about the Oxford–AZ vaccine. The companies’ initial data release, and subsequent publication in the Lancet, raised questions about the conduct of the trials – including how some participants ended up getting a half dose initially, which revealed the possibility of such a regimen leading to higher efficacy. The company has indicated that it will undertake further trials to clarify the observation.

‘We can expect the MHRA to make a decision before Christmas [on the Oxford vaccine], or certainly early in the New Year,’ says Michael Head, clinical epidemiologist at the University of Southampton, UK. The Lancet paper bodes well for approval, he adds. Oxford and AZ were in regular contact with UK regulators throughout the trials, ‘but it looks like maybe in the US maybe [they] didn’t keep the FDA as up-to-date,’ Head says.

All countries will need several vaccines to be approved to achieve population-level immunity. The World Health Organization (WHO) now lists ten vaccine candidates in phase 3 trials, including the Russian Sputnik V, Sinopharm’s inactivated virus and an adenovirus-vectored vaccine from Janssen, for which the EMA began a rolling review in December. Janssen expects interim data from its phase 3 trial to be available by the end of January, and has cut the number of patients due to enrol in the trial from 60,000 to 40,000, since the prevalence of Covid-19 in the US, where the trial is based, means reaching the required number of cases among trial participants is happening faster than expected. On the other hand, trials of an Australian-developed vaccine have been abandoned after participants started to produce false positive tests for HIV.

‘The fact that the mRNA vaccines got good results so quickly lends optimism that other more traditional approaches might also bear fruit,’ says Head, who is participating in phase 3 trials of Novavax’s protein-based vaccine.

The Pfizer–BioNTech vaccine elicits a strong immune response in older people, according to documents filed with the FDA. ‘It has been a surprise that the immune response looks almost as good in the elderly,’ says Sheena McCormack, clinical epidemiologist at University College London. However, McCormack notes that minor side effects like fatigue, headaches and muscle aches were more prevalent than would be expected with most licensed vaccines.

Phase 3 trials will continue, even with vaccines being rolled out. ‘The majority of people in the trials tend to be under 55, and they are not going to be vaccinated in national programmes for a little while,’ says Evans. By enrolling, people will have a 50:50 chance of getting the vaccine, and will contribute to data required for approval decisions.

There will come a point when giving older adults a placebo will not be easily justified, as they will have access to an approved vaccine. In such a situation, non-inferiority trials can be conducted, says Evans, whereby people enrolled in the trial receive either the new vaccine or a licensed vaccine as a control. ‘If sufficiently similar, this can support a marketing authorisation for a new vaccine,’ he explains.

Also, the data from the RNA vaccines give no indication of whether they will stop transmission of the virus. ‘We won’t know about that for the Moderna and Pfizer vaccines until we are well into their use in humans,’ says Mills, who notes that the AstraZeneca trial is a little different. ‘They are swabbing periodically and will be able to generate data in due course.’

‘If it turns out some of the vaccines prevent infection, as well as disease, that is significant advantage. That’s sterilising immunity. It stops transmission of the virus,’ explains Mills. ‘That’s the holy grail of any vaccine.’